4 Ways to Raise Up Hungry Children 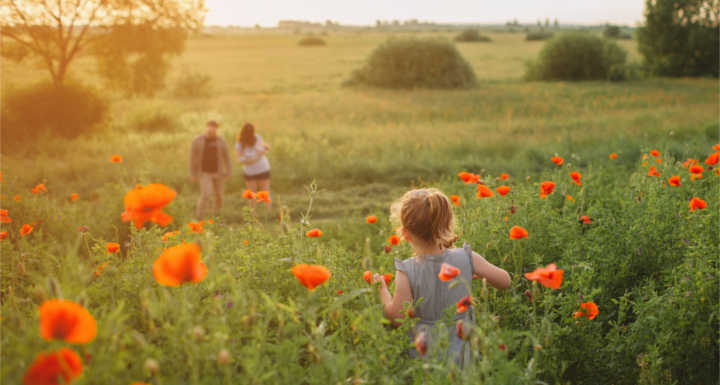 I am standing in the hospital room with clumps of hair in my hand.

My nails are splintered, and you can see the outline of my braces through my cheeks.

The room smells like Lysol and nurses say I’m dying.

I had been brushing my hair when it started to fall and I’d tried to catch all the falling pieces. Had tried to put them back on my head.

Today I ate for the first time in four years — truly ate, everything on my plate, everything they put before me because even though I still don’t think I have anorexia, I know this isn’t normal.

To be purple from hypothermia and unable to run or lift objects, and to have your friends cry when they see you.

It will be another twenty years before I can admit to having a mental illness, but today is a start. Because I saw her on the way to the hospital. A woman, jogging, and she was muscular and the most beautiful woman I’d ever seen because she was so fully alive.

And I realized, then, in that moment, that I was hungry for more than food.

I had been starving long before I ever refused my first meal.

I had no idea about anorexia nervosa. We were preacher’s kids raised singing hymns and memorizing Scripture and homeschooled at our parents’ long wooden table. The only TV we watched was a black and white one we found at the dump. We pulled it up from the basement once a week for Sunday night Disney. I wasn’t allowed to take dance classes or look at fashion magazines because Mum, who was a nutritionist, thought they might trigger an eating disorder.

But darkness, like light, leaks in through the cracks.

I had only ever been a good girl, quiet unless spoken to, and I took care of my younger siblings and spent hours on my poems and my pictures, hoping to earn the attention of a father who spent most of his time at the church or in his office. And I was never asked what my favorite color was. I didn’t know my favorite color until I was married.

A seemingly small thing until you realize it’s not just that — you also don’t know how you like your eggs done, or your steak, or what your favorite shampoo is because all you knew was, it had to be inexpensive.

It’s the small things that eventually add up to become the big picture of why you don’t love yourself.

And when I was 13 and standing there in that green hospital gown, Mum telling me in her soft British accent that nurses said I was a miracle, it was like God reaching down for what felt the first time and cupping my cheeks and saying, “I will never leave you nor forsake you.”

And I wonder if we’re so afraid of our children getting hurt that we keep them from feasting on joy?

But if we keep raising them in bubbles, they’ll only ever punish themselves for not being perfect.

It wasn’t until I’d relapsed a second time as a young married woman, and battled anorexia the first three years of my marriage, and then moved to Korea, started over with my husband, then moved home to take care of my Mum who was dying from brain cancer, that I began to understand.

You cannot become fully healed until you revisit the past.

We cannot be scared of letting our children hunger.

So, with that said, how do we raise up young people who are hungry — without trying to placate their ache with fearful remedies?

1.Primarily, it’s never what it seems.

For example, if your child is in the beginning stages of an eating disorder, it’s not about the food. It’s about the pain that is driving your child to be desperate enough to either starve or over-eat. Go in and sit on your child’s bed and admit that you’re scared. Tell her that you’re sorry; ask for forgiveness, and tell him that your ears and door are always open if he wants to talk. And don’t stop trying. More than anything, your kid longs to be accepted as an imperfect human being. (That said, there is also a time and a place for hospitals and counselors.)

Find out your child’s favorite color, and then go out and purchase something in that hue which shows you were listening. Paint them a picture or write them a letter telling them how proud you are of them. Plan monthly dates — but not the stuffy kind; the fun kind, which honors what they want to do. Go to some of their favorite concerts, get to know their friends. Laugh out loud at their jokes, admit to them when you’re wrong, be human with them while still protecting them and guiding them in wisdom and love.

Think of the worst thing your kid could admit to doing or being. Now, consider how you would initially want to react. Replacing the image of you with the image of love removes all fear. Never react or respond in fear, for that will only erect a wall between you and your child.

4.Don’t force God on your child.

I do believe in requiring our children to attend church on Sundays whether they want to or not. But don’t stop there. Emanate faith in the way you live, the way you talk, the way you love, and it will inspire a hunger within your child he or she may not be able to explain. A longing for more than this world has to offer.

When I was taking care of my Mum, she wouldn’t eat for days — because she would be asleep. She’d sleep for 36 hours at a time, even if we put food in front of her nose.

And sometimes, I’d just sit by her bed and stroke her hair and sing hymns to her. And whenever I did that, she would begin to sing back, the same hymn, from deep within her sleep, and it would eventually wake her.

My Mum hungered for more than food.