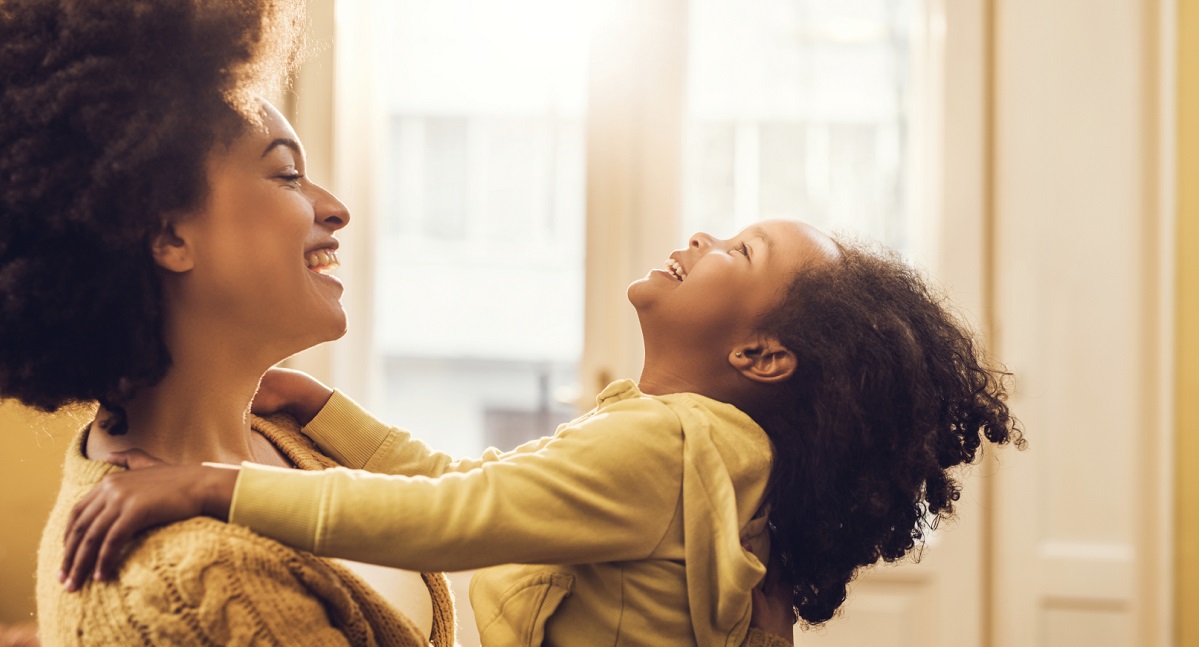 There she is. Running after her toddler or kissing away a boo-boo or looking like she hasn’t slept in weeks. There she is rocking the baby until her arms are numb, playing puzzles on the floor, eating leftovers because she forgot her own meal. There she is pouring her heart and soul into her little person.

And still, she thinks she’s not doing it right.

The seven words most undeserved words of all time. I hear that self-accusation regularly – especially from first-time moms – and I’m always startled by them. I look at the beautiful young mama blaming herself for something entirely out of her control and think, “Whaatt??”

I’m still raising little people, but after eight years in the “field,” I’m emerging from under the rock. My life is no longer ruled by the trifecta of puke, poop and pee. Naptime and potty breaks no longer govern my schedule. I’m no longer a milk dispenser (yay!) and my wardrobe is not in an “in-between” size (nor does it smell faintly of spit up anymore).

Sure, my 8-year-old and almost-7-year-old still need me. There are bad dreams and I-can’t-reach-thats. There are cupcakes to be baked and minor world wars to be settled. There’s homework to navigate and play dates to supervise. But I’m no longer a mom of wee ones.

When those hormones rear their ugly head and make you want to dissolve into tears or yell and scream or curl into a ball and disappear, remember: You got this. You’re enough.

I’m here to say that it does get easier. They learn to pee in the toilet. They don’t scream like banshees every time you leave the room. They go to preschool for two entire hours at a time (FREEDOM!!). They sleep. Eventually.

Meanwhile, here’s what the last eight years have taught me:

You will screw up.

Guaranteed. (Sorry, just keeping it real.) Your toddler may decide that Vicks Vapor rub makes an excellent snack. You may feed her milk past its expiration. He will probably take a tumble off the bed. You will forget to pack extra diapers for that day trip. But, guess what? Moms are people, too. Give yourself some grace. The best part is that babies are extremely forgiving … and forgetful.

You will get advice.

Another guarantee. And, surprisingly, not all of it is rubbish. People, especially women, love babies. And many of them have had a couple of their own. That makes about half the population experts on mommyhood. Listen to all of it, chuck most of it, but do keep some of it. Because it takes a village. It really does.

You may have to shelf some dreams.

For a season. You’re a person with ambition and drive and dreams and plans. You were created with unique gifts and talents that don’t disappear just because you’re a mom. But not all of it has to happen right this moment. You’re doing the toughest jobs on the planet. Hands down. You’re raising a person. You’re molding a whole new human. Remember, there’s a time for everything.

You can be your own worst enemy.

So don’t. Yes, you want to do the best for your baby. But, maybe, that doesn’t mean she eats organic, home-cooked, from-the-garden meals every single day. Chicken nuggets may appear on the menu. Frozen chicken nuggets that you swore you’ll never let your toddler get the faintest whiff of. There’ll be rain checks on bedtime stories. There’ll even be rain checks on baths – several times over. Mama, we get it, you’re in survival mode some days. And, that’s perfectly okay.

You may never be enough in the world’s eyes.

But here’s the truth: you are enough, you got this.

When she’s not smuggling chocolate past her kids or drinking gallons of coffee, Susan Narjala can be found writing, baking and (thinking about) working out. She grew up in India, lived in Portland, Oregon, for the last ten years and is now back in India with her family. She finds nuggets of humor in the everyday, and writes about it on on her blog, Alliteration Alley.