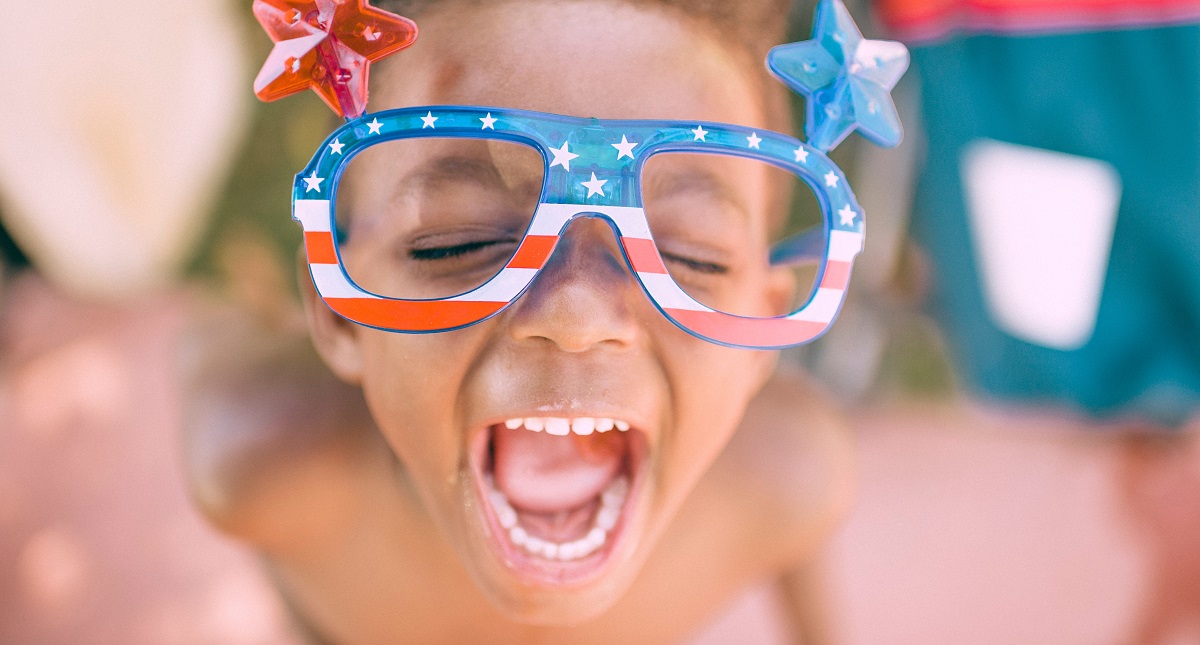 I fear I’ve failed you by teaching you skin color doesn’t matter … when clearly it does. Maybe I should’ve taught you something different. Something closer to the truth.

Skin color does matter and I struggle with feeding you the narrative that it doesn’t.

Who would’ve ever predicted 20 years ago that today, we’d be living in the most racially charged climate in our country since the civil rights movement. I’m sorry you’ll have to work so hard to prove your intelligence and worth – perhaps even your humanity – because of the black skin housing your intellect and heart.

I fear I haven’t prepared you for a world like this and that you’ll feel I’ve played a cruel joke by duping you into believing your outer layer doesn’t matter when it does. We tried to equip you with tools for success, regardless of race. But we’ve also coached you on society’s unwritten rules for black men. Things that wouldn’t matter if you weren’t black. How to dress, what to say, how to behave. People will judge you based on these elements, and it could mean the difference in life and death for you.

Despite what we know about our country’s history, we’ve taught you to assume the best. I’ve quelled my doubts and encouraged you to look deeper than color. Perhaps I was wrong.

How can I continue to tell you race doesn’t matter when statistics tell us those who’ve sworn to protect and serve shoot black men at a higher rate than they shoot white men? Or when your eyes search me for answers when you’ve been repeatedly pulled over by police who are “randomly” checking vehicles in the predominantly white area in which we live.

I’ve never pretended that racism doesn’t exist. I’ve felt its sting. I’ve been trailed through stores. Shop owners have asked to search my purse. Tellers have eyed me with suspicion and scrutinized me when I’ve withdrawn my own money from the bank.

We all have prejudices. It’s part of our humanness. But you can’t allow the actions of a few to taint your worldview. You’ve faced little discrimination in your short lives, and I’m thankful. But you’re not immune to it. So don’t be fooled into thinking you are. It doesn’t matter you’re from a two-parent home. It doesn’t matter you’re from a middle-class family, articulate and educated because the first thing people see is the color of your skin. Sometimes they look no further.

As your mother, I’m compelled to help you make sense of this racial matrix in which we live. I must make you aware that a contingency of black people believe all white people hold malice toward us. And I am sure some white people do. But all white people aren’t “the enemy.” Don’t let anyone convince you they are. It’s simply not true. Know history, but don’t let it cripple you. A victim mentality will limit you economically and emotionally.

I wish I could fight this battle for you. But I can’t. This has to be your experience. Your story to tell. Sifting through this confusion, anger and hurt may wound you. Use my wisdom as salve to calm the irritation.

And make no mistake about where I stand. First, you’re responsible for yourself, your family and your community. Second, you’re bound by the rules of society and the law. Be wise and remember what you’ve been taught. If the police pull you over, respect them. Comply with their wishes and pray all goes well. If it doesn’t, I hope I’ve armed you with the tools to fight ignorance with grace. Next, live boldly without fear. Even though I don’t believe the vast majority of people are racists, there’s a fringe element who may want to do you harm, and you may fall victim to senseless violence. Even though you’ve heard this all before, I can’t risk leaving a stone unturned. Your lives are too precious to me.

As you transition into adulthood, you’ll have an opportunity to be beacons of hope and examples of what is best about America: treating everyone with respect, compassion and dignity, regardless of race, social stature or religious affiliation. I’ve raised you to be men of integrity and character.

Lastly, I pray I haven’t done you an injustice. I believe you will benefit by choosing content over skin color and love over hate. I couldn’t be prouder of the men you’re becoming. Allow others to see the fullness of America by being the best you can be.

Live strong and be safe.

Sheila Qualls is a former civilian journalist and editor for the U.S. Army’s award-winning newspaper, The Cannoneer. She is now a stay-at-home mom, speaker and writer. Sheila writes from the experience of 30 years of marriage, five kids, homeschooling, 10 corporate moves, two dogs and a ferret. (May they rest in peace.) She inspires women by giving them a view into her world through a window of humor and transparency, one awkward moment at a time. She helps women navigate life’s emotional twists and turns so they can be the authentic women God called them to be. You can follow her on Facebook or on her blog at sheilaqualls.com.
This article was originally posted on sheilaqualls.com.