A Peek Into This Blogger’s Everyday Marriage 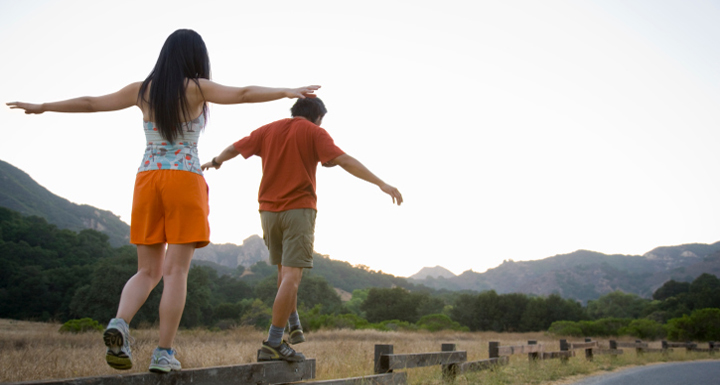 The other night we left the boys with my sister, rented a hotel room in the mountains. We planned to snowboard the next day.

We bought some beer and take-out and I couldn’t rest that night. For hours, we lay there in our separate beds because the room came with two, but I couldn’t sleep. And I cried.

Trent stretched out his hand across the space between our beds, his fingers reaching for me in the dark. “Hold on to me, Em,” he said. “I’m here.”

We’re not exactly John and Yoko.

Trent’s a math geek and I’m a literary nerd. He’s loud and I’m quiet. He’s athletic and I run into walls. We both like books. We both love camping. And we’re both over-the moon crazy about each other and our boys.

But marriage has come hard for us.

Hard, with years of anorexia and insomnia and fists punching the wall.

I’mputting away the laundry, the seven loads which Trent folded for me while playing a computer game, because between my books and my boys, I can’t seem to take a shower or do any house cleaning. Let alone fold the laundry.

And I’m putting the baskets away when he calls “Suppertime,” because Trent’s made burgers, and on the table, a salad: with peppers and grated Jalapeno cheese, lettuce, bacon bits, and grated carrot, and chopped onions which always make Trent cry–it’s the only time I see him cry– and “I made you fancy salad,” he says.

Like my friend says, there’s nothing sexier than a salad-making man.

But truth is I’d be a wreck without my salad-making man.

The one who held me those long, skinny anorexia years.

Our best conversations happen over a board game because games are Trent’s love language, and we’re still getting the intimacy thing.

I used to fight him when I got mad, sometimes with my fists, and he’d shake his head and grab my wrists and then finally leave. Slam the door and drive off while I wept into the couch pillows, but that doesn’t happen anymore.

No man is perfect, and Trent will say things that unintentionally hurt me, or he’ll forget to take out the trash, but I will also do things–like forget his birthday, as I did one year–and ours is the kind of marriage that throbs with love.

Ours is the kind of marriage that throbs with love.

The kind of love that will not give up: not through anorexia, not through insomnia, not through moves to Korea or moves home to take care of parents with cancer, not through slammed doors or tears or fists, because there’s also the salad. There’s the laundry. There’s Trent taking the kids to his parents so I can write. There’s him reaching out in the dark to hold me, to pray for me.

I want the kind of marriage that dances into its Golden Anniversary, that kisses each other on wrinkled cheeks and laughs at each other’s jokes long after the sun has wound down.

I want the kind of marriage that dances into its Golden Anniversary.

And maybe the secret is to never stop reaching out in the dark. To never stop taking hold of each other’s hands. And to never let go.

Not even for a moment.

Emily Wierenga is wife to a math-teacher husband; mother and foster mother to four boys; an artist, columnist and the author ofChasing Silhouettes: How tohelp a Loved One Battling an Eating Disorder,Mom in the Mirror: Body Image, Beauty and Life After PregnancyandA Promise in Pieces(Spring 2014). Emily speaks at women’s retreats, universities, churches and conferences, about her journey with anorexia nervosa, and was one of the keynote speakers at the premiere Christian eating disorders conference, Hungry for Hope 2013. Shelives in rural Alberta, where she snowboards, makes wine and goes geocaching. She also plays guitar and paints.For more info, please visitwww.emilywierenga.com. Find her onTwitterorFacebook.

What were some challenges in your marriage that ended up bringing you together?
SHARE THIS STORY