A Simple Formula for Discipline 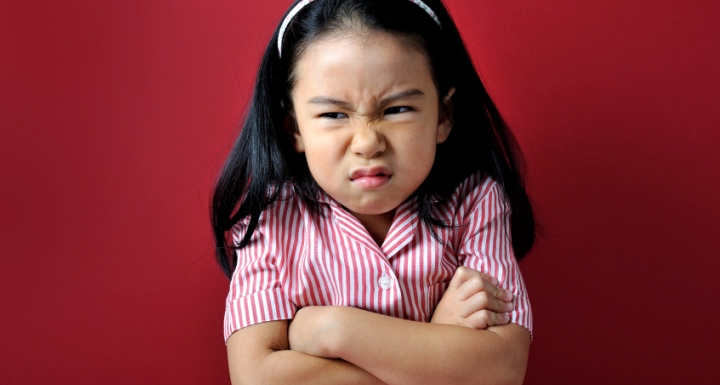 Q: I’m really struggling because my preschooler doesn’t do what I ask her to do. How can I teach her to listen to me and follow my instructions?

A: Life can’t be reduced to a formula — especially in the more difficult aspects of living, including disciplining little kids. But sometimes a formula can be an anchor that keeps us from floundering in the choppy seas of helping children gain self-control. We’ve discovered a simple formula to use when it comes to disciplining your preschooler:

The first rule is very important. If you tell a child to do something, or to not do something, and you don’t enforce it because you’re not in a position to, you’re training your child to ignore you. “Joey, take your plate to the sink.” Joey keeps playing. Nothing happens. What did Joey learn? He learned that what you say is meaningless — it can be ignored and nothing will happen.

This first rule is a close cousin of the third one (“Follow through with the consequence”). The first rule involves the awareness a parent must have at the outset: You can’t follow through if you’re not in a position to do so. If you’re in a car or a restaurant, make sure before you issue a command that you have a suitable consequence in mind and are not too busy or involved to follow through. Otherwise, you’ll be nagging.

If you’re on the phone and are unable to do anything to follow through, wait. Get ready first. Then, if you’re ignored, you can do something about it. Either be ready to act, or don’t say anything in the first place. If you’re in the car, be prepared to take away whatever your child is enjoying in the back seat. Be ready to give a timeout when they get home. Be ready to leave the store they want to be in, or leave the table and take them outside where they can be in timeout until they are ready to go back in and be quiet. Be ready. There are times when you have to use the proverbial bark with no bite — emergencies do arise — but generally wait until you’re ready to follow-through before you give instructions or commands.

The second rule insures that your kids learn to “hear” you. The word “obey” in the Bible often means “hear.” When your children are not obeying what you say, it’s because they have tuned you out and are no longer listening. If they learn to not listen, it will result in long-term deafness to wisdom, truth, God, bosses, spouses and the law. If they can ignore you, it will become their “way.” So when your children ignore you, teach them that it will cost them. Sometimes a warning is OK, but let it be a warning, not merely a repeat command. Tell them, “I told you once and this is the last time. If you do that, (blank) is going to happen” (you fill in whatever is appropriate). Stop telling them the same thing over and over.

The third rule is the one we hear most often, but we all need to be reminded of it because it’s the most difficult of the three and takes the most time and effort. However, a little effort expended a few times will produce the wonderful fruit that the Bible promises: “No discipline seems pleasant at the time, but painful. Later on, however, it produces a harvest of righteousness and peace for those who have been trained by it.” (Hebrews 12:11) If you pay now, you won’t have to pay later — you won’t have a behavior problem to deal with. If you don’t pay now, you’ll be putting up with bad behavior until you do pay. So get with it, and follow through with what you’ve said will happen.

Certainly, there are times when you can’t follow the above formula. Let those times be the exceptions, though, not the rule. If the exceptions become the rule, you will lose your child to his or her own ways. Keep these guidelines in mind, and both you and your child will be happier.

Drs. Cloud and Townsend are psychologists, leadership coaches and the authors of many books, selling over 5 million copies, includingRaising Great Kids,Boundaries,Boundaries with KidsandMom Factor— as well as the hosts of the syndicated national radio program “New Life Live.”