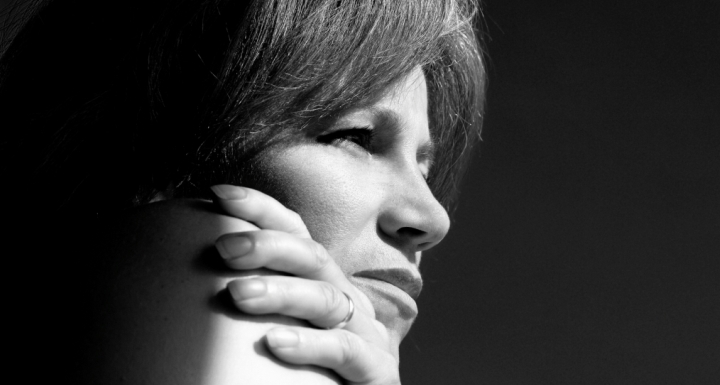 I began attending MOPS when Lamb (now 8) was just a baby. I enjoyed it, but I hadn’t really let myself go, you know? I still had on my “Motherhood is so amazing and I’m loving every minute of it” face. But recently I had been doing some research … on anger. I had secretly been battling anger as a mom, so humiliated at the emotions that could flare up against my sweet baby, less than a year old. I was certain that no decent mother could ever feel the way I felt. Until I found She’s Gonna Blow by Julie Barnhill. Just seeing the title and cover picture made me realize that I wasn’t alone, and I ordered it immediately. (If you haven’t already, get that book. Read it. You’ll thank me… and Julie Barnhill, of course.) I started poking around online and found more stories from moms like me. And suddenly, at my next MOPS meeting, I got brave enough to let down my guard.

I was early. It was just me and Heidi, the Coordinator. I offered to help set up, and we chatted as we worked. I tried to casually broach the topic. I’m sure it wasn’t casual. I’m sure it was awkward and embarrassing. I don’t really remember exactly how it went. But I do remember the immense feeling of relief when she looked at me with compassion, not judgment. I remember tearfully saying, “I don’t understand how I can get so angry at someone so little.”

“I know! Me too,” she confessed to me. “We had a speaker on that a few years ago, but I think it’s time to do it again. You’d be surprised—many of us struggle with anger.”

And suddenly, it was like I could breathe. I wasn’t alone. Heidi didn’t judge and condemn me — and she also didn’t dismiss it as “no big deal” or excuse it. She met me where I was, and she offered help and encouragement. And although I can’t say that my problem was magically solved, I can honestly say that it lessened. I had been hiding it away in some dark place in my heart, and just like a child sees monsters growing out of their closets at night, the darkness made my issue seem bigger and bigger. Admitting it to someone else brought it into the light — and it wasn’t a big scary monster seeking to devour me, it was an issue that should and could be addressed.

Why am I telling you all of this? Because being a mom is hard, and we all know it. When we keep the hard stuff to ourselves, it grows and becomes scary and overwhelming. When we share it with someone who understands, that person can become the flashlight to scare the monsters away. That’s what we moms need to be for each other. And that’s what MOPS is all about, that’s why I love it, have such a heart for it. Because moms need to do life together. We need to wrap our arms around each other and say, “It’s OK. I’ve been there too. Now let’s move forward together.”

I’ll start. It’s been over seven years since I read She’s Gonna Blow. But it’s time to get that little guide back out. One of the bittersweet realities of life with Roo is that he stays in every stage longer than a typical child. This was lovely in the infant phase, when we enjoyed a snuggly baby for months while moms and dads around us were saying, “It goes so fast! Just yesterday they were so tiny and now they don’t want to be held!” But now we’re in the toddler stage, which has many great and fun aspects — but also has stubbornness, testing of boundaries, tantrums, and lots and LOTS of chasing. And we’ve been in this stage for a long time … and I’m not really seeing the light at the end of the tunnel.

So yes, moms-like-me, sometimes I feel fed up and — I’ll say it — angry. I yell when I shouldn’t. I walk away sometimes because I have to get a grip. It’s embarrassing. But I know that I am not alone. And that gives me strength to know that I can get beyond it. Thanks for joining with me.