Behind Closed Doors: A journey through marriage with pornography & sexual addiction 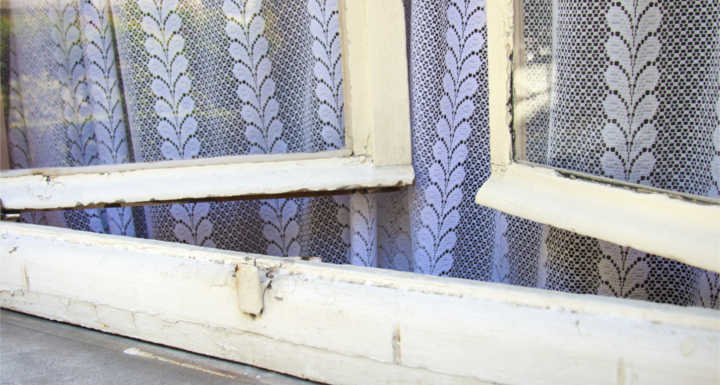 Jason and Shelley Martinkus bravely shared their story in the Summer 2014 issue of Hello, Darling magazine. The issue of the magazine is called “The Privilege of Femininity.” We discussed a myriad of topics that shape and inform our understanding of what it means to be a woman, and we couldn’t skip by the topic of pornography in marriage. Their thoughtful article is an important topic, and we wanted to share their wise words again on the blog.

They want to share more about their journeys, but want to know what you’d like to hear about. Include a comment below with thoughts or questions about how we can continue the conversation about pornography, sexual addiction and marriage.

There were secrets even before the wedding.

He put up a good front, but in private, he watched pornography, talked to women in chat rooms and even met a woman in person while engaged.

She smiled in public, but behind closed doors she cringed at her own body. She couldn’t control her unruly hair or freckles, but she could control what she ate … so she didn’t — starving herself into what she hoped would be perfection.

Their dysfunctions kept the other at arm’s length — which fed their individual messes.

She suspected something was incredibly broken. He lied.

He believed the lies pornography was telling him about his wife’s body and asked her to dress more provocatively and have sex more often. She compromised her self-worth.

By the end of their first year of marriage, he had met three different women from the Internet, and was sexually addicted. She was caught in a never-ending mind game trying to figure out what was wrong with her.

Then, it all fell apart.

Jason: I was a jerk to Shelley. I was caught up in the lies of the pornography industry and my own addiction. When Shelley asked me about it, I manipulated her to explain it away.

Shelley: I suspected something wasn’t right one night when he didn’t answer his phone, and came home very late. Shortly after that, Jason told me that he almost had an affair, but wouldn’t discuss it further. Over and over and over again, I wondered what was wrong with me that he would want another woman. Maybe I wasn’t smart enough. Thin enough. Beautiful enough. Mostly, I wondered if I wasn’t sexy enough. So I became a sexy woman, wardrobe and all. I prostituted myself to my husband. I tried to save my marriage by using my body.

As I did this, my heart became bitter, resentful and unforgiving. I wanted to know the truth, and I demanded Jason tell me everything.

Jason: When Shelley demanded to know everything, I wrestled for a couple of days with whether or not to tell her. In the end, I decided to come clean because she deserved to know the truth. We were in the car on a seven hour drive when I told her everything.

One of Jason’s best days, when his secrets came into the light, was one of my worst days.

I was mostly in shock. I couldn’t believe it. I remember not knowing how to respond. I felt heartbroken. But more than anything, I was numb and in shock. I also felt, strangely enough, relieved. I had known there was something wrong for a long time, and now that the truth was out there, it meant I wasn’t crazy all of this time.

I made it very clear to Jason that I didn’t know whether or not I would stay married to him. Even if I left him, I knew that I would still have to work through all of the emotional baggage left over from the brokenness in our relationship. I felt that as long as he was taking steps in the right direction, it would be easier for us to do it together versus for me to do it alone.

Realizing I needed to forgive Jason was what gave me the courage to demand the truth. I couldn’t live perpetually with such a bitter and resentful heart. I knew that forgiveness was the golden ticket, but for most of the first year, I put forgiveness on a shelf. As time went on, and we continued to stay committed to counseling and processing with each other, my heart began to soften. There just came a point where I knew I needed to choose to forgive Jason. I knew that it wasn’t an emotion that I would simply feel. It was a choice. So 13 months in, I wrote Jason a letter of forgiveness.

We sat down on the couch, and I read the letter to him. And then I handed it to him and felt like forgiveness was complete for me. But I was mistaken. About 24 hours later, I began to feel those familiar pangs of bitterness in my heart as other memories entered the forefront of my mind.

“I’ve struggled with the ‘what ifs’ of the future and the ‘if onlys’ of the past. But focused on the present, I knew staying together was the best choice for me, for us.”

Jason: For me, receiving forgiveness has become a function of grace. I often think, I’ve been forgiven so much, what right do I have to hold a grudge against her? That helps me reorient myself to the bigger picture of restoration in our relationship.

Forgiving myself was very difficult. There was so much shame and self-hatred. Some days I felt like I was suffocating thinking about how bad I had hurt her and how wrecked our marriage had become. Even after Shelley was able to forgive me, it took years before I could forgive myself.

Shelley: It used to be really ugly for me to be with Jason in public. Anytime there was another woman around, I compared myself to her.

And I realized: For me, forgiveness wasn’t going to be a one-time thing. It was going to be something that I needed to choose to continue to do over and over, as many times as necessary. And that’s exactly how it’s been. Still, to this day (though much less frequently), I will sometimes catch myself thinking about the past. And after a couple of minutes, I choose to stop and remind myself that I’ve forgiven Jason. Our life is different now. We are both changed people and I forgive him once again.

I’ve struggled with the “what ifs” of the future and the “if onlys” of the past. But focused on the present, I knew staying together was the best choice for me, for us. Shortly after I chose to forgive him, I chose to stay married to him.

Jason: Thankfully I am free from pornography and sexual addiction and have seen more than a decade of sobriety. It’s been a long and sometimes incredibly difficult journey. The hardest part was rebuilding trust and winning Shelley’s heart back. It has been entirely worth it though, because I have seen so much change and healing both personally and in our marriage.

Shelley: It wasn’t until I saw so much change in Jason that my own struggles with identity and body image were put into contrast. The more work he did in counseling, the higher and higher he raised the bar. He was making better choices, changing, becoming healthier. And I thought, Hey, I want some of that too! I wanted to experience the change and freedom he was experiencing, but I felt like he was leaving me behind. So I started to share my story, and got honest about my eating disorder. Talking about my struggles helped me process. And I read several books that helped me along my journey.Chasing Silhouettes by Emily T. Wierenga was one of them.

Jason: It’s been more than a decade now, and the more I am distanced from that lifestyle, the more I am able to see my warped and selfish view of women in general, and my wife in particular. Because I am no longer bound by the limited and chauvinistic view of women in pornography, I am able to value Shelley for her insight, wisdom, perspective, nurturing love for people and her heart for me and our boys.

There is no comparing her to a fraudulent portrayal of what a wife and woman should be and do; I see her as herself. She’s a woman of worth, not because of anything she does, or the way she looks, but because of who she is.

Shelley: Early on we told our families and close friends what was going on. Telling them made it more real for us. I was able to find support and realized I hadn’t given friends and family enough credit in my life for the grace they could give. I realized I had gone through life and didn’t want to share hard things with people close to me for fear of how they would react. The process of being honest wasn’t easy, and it wasn’t always smooth. I remember having some hard conversations with friends that didn’t understand why I was choosing to stay with Jason. We found that what we were going through affected those around us, for better or worse.

Jason: Early into our healing process, we both agreed that we didn’t want our pain to be in vain. If going through this process was this painful, we wanted to help and support others. And so I began to share our story, and my choices. And a few years down the road, Shelley decided to be a part of that storytelling process.

Shelley: Jason’s struggles weren’t because I was broken, or something was wrong with me or I wasn’t feminine enough. Nor were they because of my body or my sex appeal. When I assumed they were, that belief took me further from the truth, and further from knowing myself. Deeper into places of false beliefs, and pain.

I walk toward loving myself and embracing my intrinsic beauty. And becoming a woman of beautiful character.

Statistics about pornography use, sexual addiction and infidelity can be overwhelming (to say the least). Instead of examining the pandemic, whittle it down to your relationship. Even if you don’t suspect there is any problem, open communication helps relationships grow and thrive.

Have you considered how media choices (what you watch, read or listen to) influence your view of sexuality? Have you discussed this with your spouse?

Have you and your spouse agreed upon boundaries for relationships with the opposite sex, including what conversations are off-limits?

Have you been faithful to me? Do any of my relationships with the opposite sex make you feel uncomfortable?

Jason and Shelley Martinkus started Redemptive Living and Redemptive Living for Women to give hope and help marriages heal. Jason’s first book, Worthy of Her Trust, co-authored by Stephen Arterburn, will be released August, 2014. They, along with their three boys, are glad to call Denver, Colorado, home.