Being Brave when My Girls are Watching 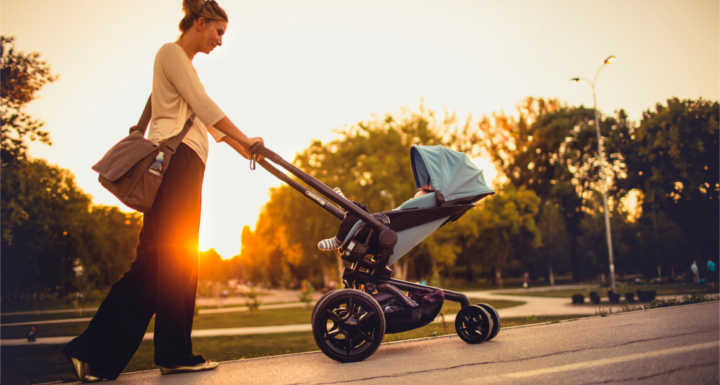 It was one of those days when the details weren’t unfolding as I’d planned. But with each turn, I tried to make the best. I found myself having lunch with three of my four beauties at a Chick-fil-A while our car was getting fixed. Every turn afforded stress along with a silver lining. Lunch was over, and it was time to retrieve our fixed car. I offered a prayer of unexpected time together, and a bank account that could handle the purchase of two new tires.

I ran pushing the stroller with the four-year old in it (because she seemed to have a RIGHT to have a turn in it) while my eldest daughter held the hand of her toddler sister. We were rushing to cross ten lanes of traffic in the amount of time allowed by the walk signal. Yes, ten. With a median in the middle and we needed a clip in our steps if we were going to make it the whole way. Just over the median, the stroller wheel hit a bump and stopped, but I was still moving forward. The stroller came tumbling down, and I catapulted over it. I felt each part of my body hit the concrete. My shins. Knees. Wrist.

I jumped up. I wanted us to be visible to the traffic about to starting driving over this crosswalk at any minute. And I was humiliated. Despite my body throbbing, the bleeding scrapes on my legs and even the cut from my bra’s underwire, I wanted to save face. Not only had I flipped over the stroller, my skirt had flipped over my backside. I’d been exposed (in lots of ways) for who I was. A stumbler. One who falls. Who gets hurt. Who often overshares (insert apology for the visual just offered).

We gathered back on the median and waited. As I examined my injuries and offered stern instructions for my eldest to grip her two-year old sister’s arm as if her life depended on it (because it did!), I recognized we were stuck. There on that island with the traffic swirling around us, we had no pedestrian button to push. As we waited a few cycles of lights, I realized we had no walk button at our disposal.

And in all of this three pairs of eyes watching.

And as it became obvious we were deserted on a median –what are we going to do?

To be brave is to live brave in every circumstance. To pray the tire will hold out to the repair shop. To let go of our plans of how our day (or our month, our life) should go, to jump up to be visible to the world even when we’re hurt. To be willing to be seen even when we’ve exposed more than we expected or intended.

This, with their eyes watching, is how we teach brave to our children. It is not a lesson plan or a lecture, it is the getting up and trying again when we’ve stumbled. That will do the teaching.