Being Present with a Friend in Crisis 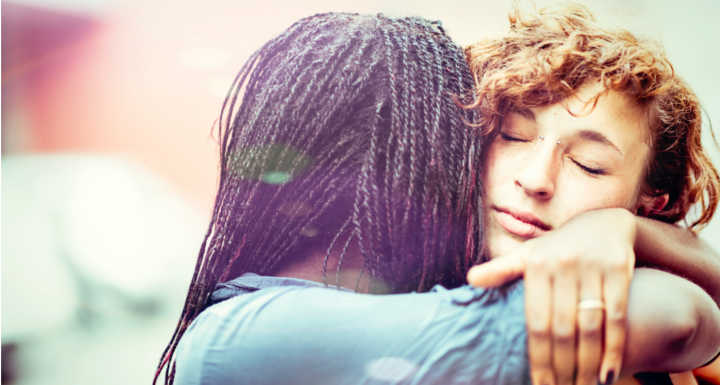 She had her hands to her face, and she kept repeating to the lifeguard, “That’s my baby. That’s my baby.” My best friend’s toddler son, my godson, lay blue and unresponsive by the side of the pool, while lifeguards worked tirelessly on him. I scurried between the side of the pool, where I would touch my friend’s arm, to gathering up all the stuff and sitting with her other three children. All the while, a three-word prayer going over and over in my head.

I knelt beside the pool when, after two minutes, my friend’s son was revived. I saw hope and fear and panic mixed in her eyes, as the paramedic told her, “He needs to stay awake, help us keep him awake. He needs to hear your voice.” She held him up and said, “Look, there is your Mikkee.” I can’t remember the words I said, I just know I smiled and talked to him as my friend frantically worked to keep him engaged and the paramedics steadily did their job.

I grabbed her purse and a towel and shoved it in her hands as they were rushing to the ambulance. I told her husband to just go, I’d take care of the kids and things. As I loaded up my arms with all our things and tried to cajole the other three children to the car, my heart pounded. My mind raced. What if my friend lost her youngest son? What if her other three children grew up without their baby brother? I felt sick.

As we drove home, I answered questions about their brother and put on their favorite music. I made sandwiches and read stories and played games with my phone in my hand. The call came with the news that he was going to be OK. Completely OK, and they were sending him home. How it did my heart good to see my friend’s face. The relief and joy were etched around her eyes. She told me later how much my presence that day mattered. She said she never once had to worry about her other three children because she knew I was taking care of them. That is when the tears came.

It has been a year since the accident and resurrection of this special little guy, but it has been a bumpy year. The moment of crisis had passed, but tragedy, even with a happy ending, exacts consequences on our hearts. You can never not see a child you love clinically dead for two minutes. I have watched my friend battle through fear and panic, knowing how fragile life really is, but knowing how important it was to her and her children to find a new sense of equilibrium.

Crisis swoops in and out fast, but it leaves us bewildered and wounded. Staying present after the crisis has passed is just as important as presence during the crisis. Here are three things I have learned this past year on being with a friend in crisis.

What would you add to helping a friend through crisis?
SHARE THIS STORY