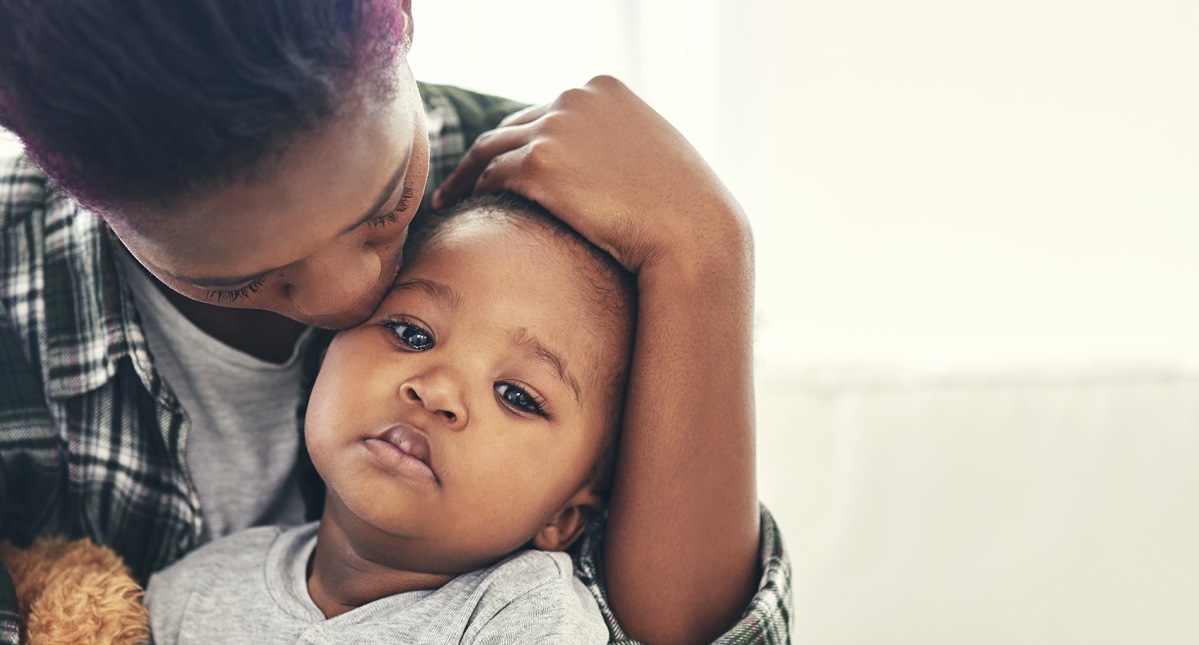 Papa was on a trip again and the endless day had finally come to a close. I watched the clock closely for the first possible chance to begin our bedtime routine without it seeming like it was mid-afternoon. I started out with so much hope for a peaceful night with promises of multiple books and favorite jammies. Then the newborn started to cry. And the preschoolers began to fight. And it all spiraled out of control. Frankly, like most nights when I am holding down the fort on my own.

I held the wailing baby as I attempted to put the other two to bed. I kept my cool until I was ignored about six times. Maybe it was 16. My heart started to race and the heat was rising in my cheeks. Finally, as someone scratched someone else, I threatened consequences and barked out orders above the now three kids crying. The consequences turned the kids ornery and angry. At this point, I couldn’t even determine who the hitting hands belonged to.

All I remember was the wildfire burning across my forehead. After so many failed attempts, I used my one free hand to pinch-grab a child and throw him on a bed. I pinned another one down to force-brush teeth. My childish overreaction made their fighting look like playful puppies. Somehow, hours later, we made it through another bedtime torment. The baby had given up on mama singing or caressing cheeks and had fallen asleep. The older kids were still crying in their beds as I dropped into mine in a ball of shame.

I had done it again – lost control. It was me who had become the wild child. And my crying children were still withering in fear.

Quickly, I texted a family member to ask if they could watch a couple kids before work the next morning. I needed an hour to recenter and regrow that affection and eternal perspective for my children. A short, wakeful night simply isn’t long enough.

I arrived at the coffee shop and ordered the first thing I could think of. I lugged the newborn’s car seat to the closest table. I rocked it with a foot as I began to spew self-hate across my journal. How could such deep love for my own flesh and blood so quickly turn into so much anger? Determined not to allow my kids to have to fear mama’s temper again today, I came up with my plan of action for the rest of that week. I vowed:

I will stop, cool down … and sneak in some chocolate!

I am trying hard to remember in the moment that anger is in fact a secondary reaction. As I sense my breathing becoming quicker and my jaw beginning to clench, I will try to remove myself from the chaos. I’ll drink a sip of coffee or sneak a piece of chocolate and quickly take tabs on what I am actually feeling. Am I feeling helpless? Overwhelmed? Disappointed? A second or two of my absence might cost a kid a scratch in the face, but it will protect them from an unsafe adult. I remember once locking a tantruming kid in the car to pace the alley so I wouldn’t later regret my anger. Best decision ever.

I won’t be too proud to ask for help.

As a full-time, all-day, everyday-at-home mama, I can feel like a total failure for “not being able to hack it.” After all, this is my only real responsibility. But friend, we should never be ashamed to ask for help to carry the load of the most taxing and all-consuming job on the planet that is motherhood. That might mean asking for a sitter or being honest enough with myself and others to know we need professional help. You should feel like an absolute hero for doing so.

I will be a mother who models humility.

When I do cross that line, I will muster up all the courage I have to apologize. It might take a few hours but I will make a point of getting there. Wow, if you have ever done that yourself, you’ll probably agree asking for forgiveness from our kids is so humbling. My own will usually bounce back with a loving response. It’s an important reset in our relationship. It also sets a precedence for our kids understanding that we humans are miserably imperfect, but that they too can find grace for themselves and others as they choose to walk in humility.

I will care for myself.

I have struggled with self-care a lot over the years. Because to me, it feels so selfish when there is so much to be done. Today I know caring for myself is the best way I can care for my family. Cleaning and laundry will always be there. Any hour I can escape to exercise, to read, write a blog or honestly to stare at a blank wall, does wonders for me and also for my family.

I will take the time to recenter.

It took me years of parenting to resolve that it is far better to place kids in front of a show rather than simmering in my anger and barking orders like a drill sergeant all day long. Those few minutes I get to recenter transform our whole day.

Esther Brumme is a mother of three under the age of 4 and as a result, a self-confessed espresso addict. She blogs about motherhood, her family’s latest move to a French village and multicultural life on thirdculturemama.com and you can also follow her adventures on Instagram @thirdculturemama. 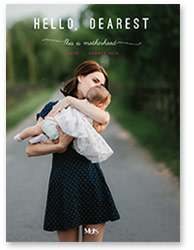