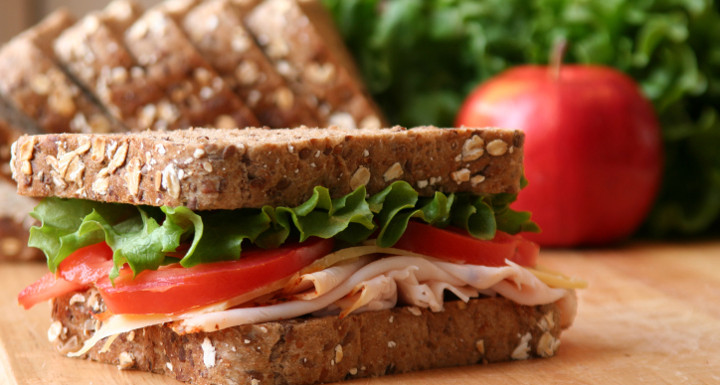 It started with the sandwiches I made one-handed while breastfeeding. Then there were countless school projects, birthday favors, teacher gifts and other creative cuttings done in the dark of family movie night. One of my book manuscripts moved miles forward as I read and edited and sweat on the sidelines of football practices, one son on the field, one doing homework on a blanket at my feet and another…Is he still on that playground?

Doing more has always made me feel like more. Sometimes it’s necessary, other times it’s a choice. I liken time to a puzzle, and if I can fit pieces together and get more accomplished in a moment, I admit to feeling a rush. Productivity is my drug of choice.

But as with most highs, there comes a crash. I have put Windex in the freezer. I have left a sprinkler on for 24 hours. I have forgotten to eat to the point of nearly passing out. And once, engrossed in several things at once, I glanced at the clock and realized I should have been at preschool that very moment to pick up my youngest son.

I call it colander brain. When your thoughts are like a mass of spaghetti, all twisted up, a noodle or two are just bound to snake out.

My preschooler was not a noodle. He had been a miracle two-pound baby, an amazingly joyful boy, and my kid for goodness sake. Slipped my mind? When I picked him up he managed a smile, even though he was unnerved, a testament to that amazingly joyful thing. I came home and threw up.

I should have known 18 years ago, when a friend gave me a devotional “For Women Who Do Too Much,” that I needed help. Or when one son began asking me to get into PJs before I read to him. He said I was “more focused and relaxed” that way. I always rationalized that multitasking was just who I was. Better under pressure. Happier when juggling. More creative in a crunch. And all that is true. But some tasks, and all the people in my life, deserve my focus.

The preschool incident changed my tune. I began the practice of being able to watch myself, my household, my layers of busyness, as if suspended in air above all the chaos. Sometimes I can chuckle at the natural rhythms of a loud mostly-male family. We make a three-ring circus seem tame. Other times I am utterly convicted at my inability to stay on one thing and I throw up my hands in disgust and surrender. I made lists to organize my roaming thoughts, attempted to do things one at a time, made some progress. But I never talked to anyone about my issue. Until Jennifer.

My college roommate and her family visited this year. Oh how I had missed her spirit and our common bonds of creativity and craziness. We talked late into the night. I felt safe enough to share my frustration with always going down a rabbit trail of starting one thing, moving to another, making that call, layering the tasks… and feeling ill at ease about it.

“If I could just do the thing in front of me, and then move on…” I said wistfully.

Do the thing… she repeated.

Just DO THE THING, we agreed.

The next day I was making sandwiches for our family outing and wandered into the laundry room to put in a load and then into the garage to get I-don’t-remember-what – all with a bag of deli turkey in my hand. Jennifer caught me. She said with a smile, “Susan, DO THE THING.” Yessss, do the thing.

It was a month later when a thanks-for-having-us box arrived. Inside were a number of sweet treats and notes from her kids. The last package was marked for me. I unwrapped a frame, and turned it over. In my favorite shade of blue she had created art with our words. Do the thing.

I’m not sure any gift has meant so much. If my crazy soul sister was able to focus on what I needed to do so beautifully, I could too.

Do the thing. I caught myself this week paying bills on my iPhone while getting a pedicure. But at least I caught myself. I had to laugh. I finished the thing, because, let’s face it, it was a good use of time. But then I allowed myself to enjoy the sensation of getting fresh feet, feet that were starting to walk a new direction.

Susan Besze Wallace lives in Northern Virginia with her husband and 3 sons.

What’s the one thing, right in front of you, that you are going to do? What thing are you going to do?
SHARE THIS STORY