Inside the Married Man’s Mind

from the annals of MomSense magazine 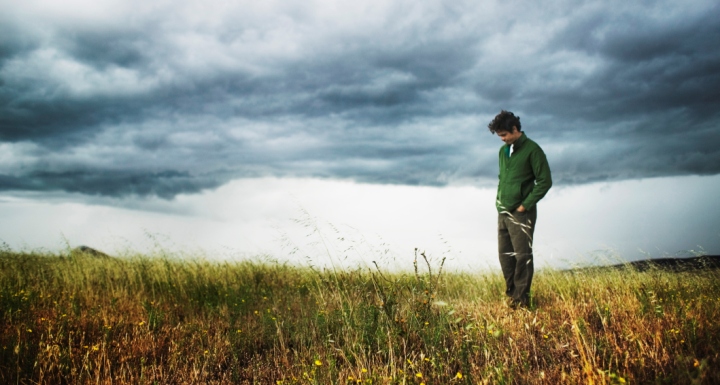 Interested in getting your husband to open up more? Express his feelings? Tell you what he is thinking? In short, communicate better?

The key may be to stop talking. We mean it.

Let us be clear. Discussing issues is absolutely critical in any relationship. But more and more relationship experts are starting to suggest that there is great healing power in knowing when it’s best not to talk. This is a vital nuance for the married woman to grasp. Mastering this technique could be the key to getting her husband to engage in richer, increasingly intimate ways.

Communication experts have pinpointed 7 specific scenarios when not talking can actually result in better communication between couples in the long term.

Scenario 1: When One of You Isn’t Ready
When communicating with a man, timing is everything. What’s the last time you approached your husband when he was tired or in the middle of something, and felt like he was not really listening to you? Forcing a conversation is one of the best ways to end up feeling hurt, misunderstood, frustrated or angry. So if you partner isn’t ready to talk, let him decompress and get his head in a place where he will be able to communicate most effectively. Simply let him know you want to talk when he is ready. This is the best way to give him a little space, the very thing married men report wanting most from their wives.

Scenario 2: When You’ve Said it a Million Times
No one likes nagging and no one likes being nagged. So if you’ve been saying the same thing for years and not getting the desired results, it may be time to take a permanent break from the conversation. At some point, you need to accept that talking may not provide the solution for this particular issue. It may be better to take action (change your expectations, create consequences) instead of rehashing a conversation that is only creating increasing resentment, defensiveness and emotional space.

Scenario 3: When It’s Better to Take Time to Think
The next time your husband makes a suggestion that doesn’t sound appealing, consider saying, “Let me think about it and get back to you.” This tactic called “power stalling,” often employed in work settings, buys you a cooling-off period. You gain time to weigh how you really feel about something. You get the time to compose a thoughtful response not one that is a knee-jerk (and thus potentially explosive) reaction.

This is also a great strategy to employ when you want to bring up a potentially touchy topic. You can say “I want to talk to you about an idea, but I don’t want you to respond immediately.” Women tell us this tactic works very well in negotiating with both their husbands and children.

Scenario 4: When You Feel More Emotional than Rational
Men and women are both guilty of irrational behavior. But consider just how much men value being rational in their conversations. In fact, research shows it takes men considerably more mental effort to have an emotional conversation that it does for a woman. This may be the reason why men are guilty of dismissing the content of what a woman says if she is being “too emotional” for his taste. So when you are feeling more emotional than rational, take some time to compose yourself. It is more likely that you will get what you want from the conversation or at least get an outcome that you find satisfying.

Scenario 5: When You’ve Forgotten the Problem You Were Talking About
This happens to even the happiest couples who have been together a while. You start talking about one thing and end up arguing about another, bringing up lingering issues from past issues. Experts suggest having a loving phrase that you both can use when you want a timeout. It can be as simple as “What are we arguing about? I love you too much to do this.” This simple reminder can keep the two of you from being swallowed by a conversation that has turned silly or could prove to be damaging.

Scenario 6: When You’re Spewing Unsolicited Advice
We are all familiar with this typical communication faux paus: a woman brings up a problem to a man and he immediately tries to fix the problem instead of giving her the empathy she wants. This fundamentally conflicting approach is one of the most pervasive communication struggles for the sexes. But some research suggests women are also prone to offering unsolicited advice. Instead of endeavoring to fix problems, women often offer unsolicited critiques of their partners’ behavior. So if you find yourself offering blunt opinions that have not been asked for, stop to consider if this is what your partner most needs in the moment.

Scenario 7: When You’re Talking to Avoid Doing
Many of us substitute conversation for taking action. Whenever we talk about something we need to do instead of actually doing it, we make believe we are getting closer to taking action. But we aren’t. The subject of sex is a good example. When partners repeatedly talk about why they’re not having much sex, their very conversation can keep them from acting at all. It often creates more pressure. And many times couples fall victim to this “paralysis of analysis.” Though it is not always this simple, it’s important to determine whether talking is delaying you from actually doing.

As any married woman knows, talking is like a knife – it can be wonderfully healing or inflict great pain. So when approaching your spouse, always keep gender differences in mind and remember that healthy communication takes two. So if you feel you aren’t being heard, stop communicating in ways that don’t work. Consider these male-friendly methods of persuasion. They might be what you and your husband have been missing.