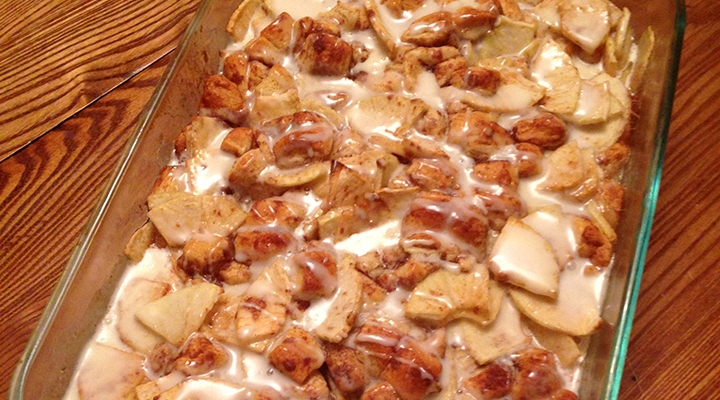 I first tried a variation of this apple strudel recipe at a MOPSget together. My friend Stacy had made it for dessert and it was amazing! She kindly offered up the recipe and as I was reading it over, I realized how similar it was to my Cinnamon Baked French Toast recipe that’s been a big hit. So, I decided to combine the two recipes, plus a third I found online using citrus soda and… voil! Here you have it, a really simple apple strudel recipe using Pillsbury cinnamon rolls.Super easy and addictively delish.

Angela Gast isa modern, working mom who never dreamedshe would find joy in the kitchen. Sometimesshe finds more frustrations and smoke explosions than joy, but that’s why kitchens have exhaust fans. It’s been a challenge learning to cook for a family while raising toddlers and holding down a full time job. So, herblogis about capturing successes. It keeps her motivated and feels good to share her vetted recipes with others who may be in the same shoes.