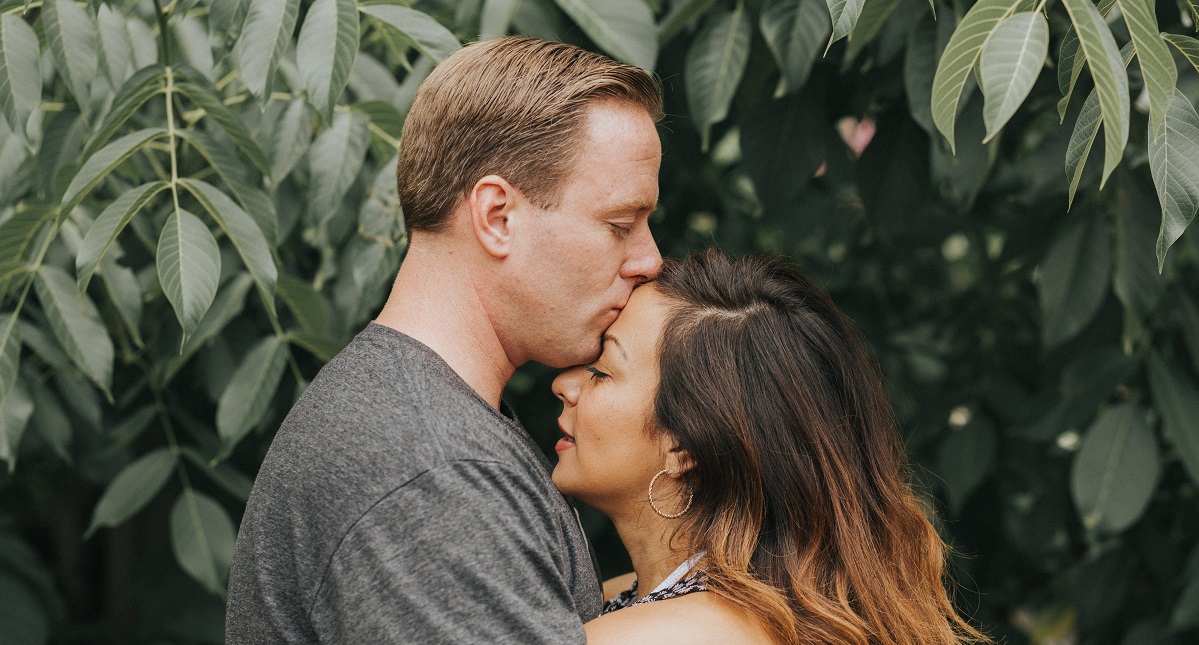 Dinner conversation looks a bit different than it used to for me and my husband. After our daughter was born, many of our mealtimes were marked by few words – not because we were angry with each other, but because we were exhausted new parents just trying not to fall asleep in our soup. But for the past six months, we’ve been talking more often and more deeply about things like spirituality, theology and politics. Part of this change is because we’re in a gloriously stable season of not being sleep-deprived and overwhelmed. But part of this change is because I’m neck-deep in a season of spiritual upheaval, and I can’t not talk about it with my partner.

My husband, Dan, is not currently going through a spiritual identity crisis, but even so, he has taken on the role of co-journeyer. His active support has made all the difference in how heard, loved and secure I feel when so much about my identity and beliefs seems to be shifting.

To be honest, the first few conversations we had about my questions and doubts didn’t go very well. I became defensive quickly, thinking that Dan expected me to have fully formed, provable beliefs, when really he just wanted to understand what I was going through. As we began to talk more openly, we developed a few key practices that help us have productive, fruitful conversations that bring us closer together, even when our opinions diverge.

We start with the end in mind.

It’s impossible to know exactly where we’ll land at the end of a conversation, but casting a shared vision is important and possible. We often begin these conversations by sharing what we want to be true at the end. For example, one of us might say, “I want to have a perspective that is rooted in love for God and enables me to love people better” or “I want to better understand this piece of Scripture and what the author really meant.” By naming our intentions, desires and hoped-for destination, we ground our conversation in exploration rather than debate.

We don’t try to convince each other.

Instead of positioning ourselves as opponents, where only one person can come out of the conversation correct and victorious, we commit to being co-learners. We talk through these big spiritual and political questions to get to know each other (something we still need to do even in marriage), to process what we’re thinking and feeling, and to end up in a new place. Sometimes “new” doesn’t mean a radical change – it could be that we each sharpen an opinion we already held, or perhaps we arrive at different conclusions about a new idea. But the important part is that we pushed ourselves, learned together and benefited each other’s perspective. This is probably the hardest part for me, given my I-always-need-to-be-right personality type. So, when I notice myself starting to get defensive or adversarial, I say out loud that I want to learn with Dan and not work against him.

We stay grounded in who the other person is.

We’ve all heard the idea that we’re not supposed to discuss religion and politics over the dinner table. These conversations have the power to turn ugly fast, and I think it’s because these topics are so deeply tied to our identities, our values and our core beliefs. When someone doesn’t agree with our viewpoints, it can feel like an affront to who we are. For the same reason, it can lead us to believe untrue, negative things about who the other person must be. When Dan and I have difficult conversations, especially when things start to feel heated, we commit to reminding ourselves of who the other person is and who we have historically known them to be. My husband is kind, generous, servant-hearted, intelligent and thoughtful. Even when we disagree, those things are still true about him.

We push each other to be our best selves.

Believing the best about each other doesn’t mean that Dan and I unquestioningly accept each other’s opinions. Sometimes it means Dan has to push me to be my best self – or vice versa – and point out when an opinion doesn’t actually align with what I say I value, or when a belief doesn’t work with the overall system that I claim is important to me. All humans have blind spots and I rely on my husband, who knows me better than anyone else does, to be my sideview mirror, helping me see what I can’t on my own.

Here are some of our favorites:

Although our conversations are never perfectly smooth, these practices help my husband and I to remain on the path of learning together. As we make space for gracious discussion, even when we disagree, we invite unity into our marriage.

rittany L. Bergman is a writer and editor living in the suburbs of Chicago with her husband and her daughter. She is passionate about living simply, savoring motherhood and finding the sacred in the everyday, and you can find her writing about these pursuits at brittanylbergman.com.