From Football Widow to Football Fan: Learning to Love Something You Hate 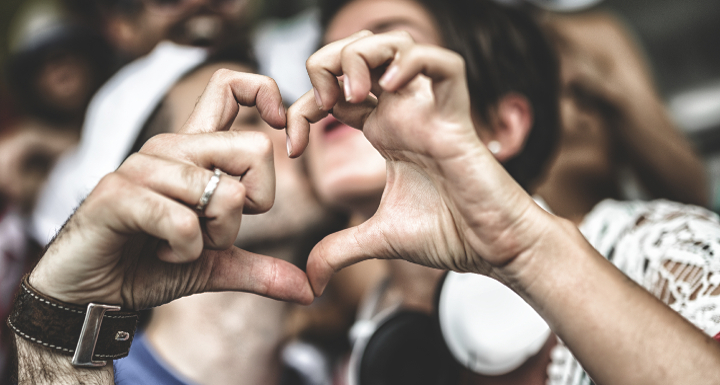 I love fall. The crunch of the leaves. The feel of cool, crisp air. The tender way my hoodie accepts and affirms me after a long, critical summer with my tankini. I love you too, Hoodie.

I haven’t always been so excited about fall. When Tim and I were first married, there was one BIG thing about fall I despised…football. There. I said it. I hated football.

Tim loves football. He counts down the days to football’s first kick-off with the same longing and anticipation as I harbor when waiting for a book from my favorite author to be released.

His team is the LSU Tigers. Tim is the kind of fan who is the first to enter and the last to leave the stadium on Saturday nights in Baton Rouge. We’ve had security guards ask us to leave Tiger Stadium on more than one occasion. True story. Football is Tim’s passion.

Did you know that football could be romantic? I didn’t have clue. I bypassed any chance for football romance as I rolled my eyes, gave patronizing cheers, and whined, “How much longer?” I was a brat, and I chose to be a football widow.

My passion is all things artsy. I can only imagine how hurtful it would be to me if Tim responded to one of my projects, my  passion…with eye rolling, patronizing cheers, and whining. I’ll never know how this feels because Tim has always been my biggest fan. Even my Pinterest fails get some love from this guy.

In 1997, as the season opened with Tim’s usual excitement, I made the decision to learn to love something I hated. If Tim was a Tiger fan, then I was going to be a Tiger fan. My first goal was to stop rolling my eyes when the Tigers played. Baby steps.

My love for football grew slowly. I had no interest in the game, but I love people. I started focusing on the team as a group of people with unique, individual stories. ESPN made my quest easier as they featured players as part of their game day lineup. The game became surprisingly interesting as I learned the names, jersey numbers, and stories of some of the players.

Then I started trying to figure out the basics of the game. When our team runs past the yellow line or into that big rectangle at the end of the field, this is good. When the other team does the same, this is bad. Simple enough.

But when I realized how romantic football could be, I was unstoppable.

Before long I forgot I hated the game and started yelling at the TV, “BLITZ!” only to find that no level of sweet nothings could ever surpass the unintended sexiness of yelling anything football related. Who knew football could be so much fun?

Today, game day is magical: we eat special foods, we wear lucky garments, we snuggle on the coach, we yell at the TV, we complain about the play calling, we kiss after every touchdown, and most game nights . . . well let’s just say the Tiger’s aren’t the only ones scoring.

So here’s the deal: you can decide to be a football widow or a football fan. I choose the latter. Choosing to love something I thought I hated has proven to be a lot of fun. Go Tigers.

Tasha Levert, Ph.D., is a licensed professional counselor in New Orleans who provides face-to-face and online care. She is a conference speaker, worship leader and the author of  Stories of Hope for the Sleep Deprived. Tasha and her husband Tim (Pastor with Students at the Vineyard Church of New Orleans) have three beautiful daughters and a lazy schnauzer named Gumbo.
To find out more about Tasha or her practice go to
tashalevert.com or broomtreecounseling.com.