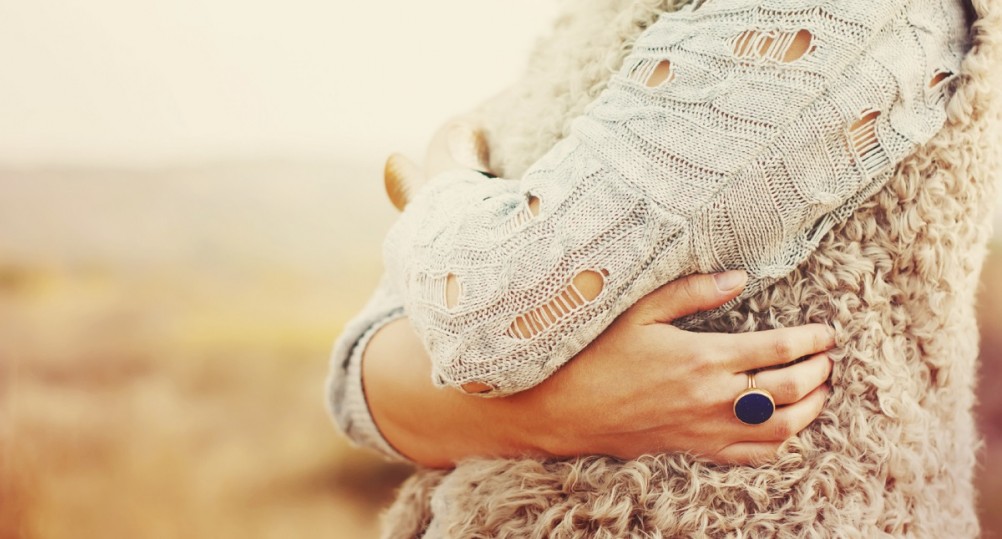 The deluge of tears and snot began, of course, before this terse sentence had even left my lips. I was mired in a season of life where I felt like nothing but one huge, raw, exposed nerve, and it was the second time in as many weeks that I had semi-publicly deteriorated into a teary, garbled semblance of myself. Even among this group of women whom I loved and trusted, there was still that faint part of me that feared being misunderstood, or being accused of attention-seeking. Fetishizing victimhood. Emotional vampirism. Although the desperation I felt, which had long since transgressed the boundary of self-consciousness and decorum, gave me no choice in the matter, I had once again tasted the fruits of making myself vulnerable. Life-giving, transcendentally joyful, supernaturally sweet and, above all, real fruits that can be acquired no other way.

You see, I am incapable of emotional inauthenticity. This affliction has burdened me since the origins of my conscious memory, so I assume it’s inborn. As a child, I wished to be normal, to be thickened, calloused; or to at least be able to keep up appearances like other people and reserve my tears only for appropriate venues and circumstances, such as alone in my room. As an adult, I’ve become somewhat regulated, though it’s rare for me to go a week or two without shedding tears over something. It’s spring, and it’s just so magical! I can’t bear the bittersweet beauty of my children growing up!

It wasn’t until recently I realized my gift-curse could be a form of service. A friend told me she and another had agreed I was one of those people who allowed others to be themselves just by my presence. I was watching a documentary about one of my favorite bands and the singer said, after describing how he sometimes breaks down and bawls onstage, “I feel like it’s my job to be honest and to break myself for the people that need that in their life.” That’s it, I thought. We are all born to crave what’s real. Breaking ourselves – offering radical vulnerability – is the place where it dwells. And I’m sort of good at it. Although vulnerability isn’t a skill that readily parses itself into a how-to list, I’ll share what I’ve learned.

To be vulnerable, you must sometimes jump when a net isn’t in sight.

One of the few things I retained from my high school Latin classes is that the word vulnus means wound. To make yourself vulnerable literally means to make yourself wound-able. It is a gamble that doesn’t sound good to many people. Vulnerability requires a leap into the unknown – and possible injury – that can look like death. But I can tell you from experience that a flood of tears can feel like a second (or 542nd) baptism. Vulnerability can beget a kind of death, but it generates new life.

Go first. It is a rare gift to others and yourself.

It can seem insurmountably daunting. The twin ogres of rejection and ridicule loom. But it is truly an act of service that liberates both you and others. The cultural message we receive is exactly opposite, of course: Never show “weakness” and if others do show weakness exploit it. But the truth shines in one of those paradoxes God so loves – in weakness is strength, in vulnerability is power. And offering your own vulnerability gives others a safe place to express theirs.

Remember the fruits of offering vulnerability are good. Even if you get hurt.

Being hurt is an infinitely valuable lesson – and that lesson is not to harden and retreat from future forays into the perilous field of vulnerability. And I know some wounds run very, very deep, and take years, a lifetime or even generations to heal. So how can this be true? It is a mystery, yet I have faith that it is indeed ultimately true. Our deepest pain can be woven into something brilliant.

To be honest, there have been notes of selfishness, self-absorption and drama-mongering in my past emotional expressiveness. It was one-sided. It’s taken me time to learn that truly listening to another person and seeking to understand them is a form of vulnerability, because it opens us up to a space where we may have to challenge assumptions we hold about ourselves and the world around us. Dogmas, grudges, stereotypes and prejudice of any kind will find it very difficult to flourish in a climate of true, compassionate listening.

Ashley Lande is an artist, wife and mama to Israel aka Izzy Rae (5) and Arrow (3). She and her family recently moved from midtown Kansas City, Missouri, to the rural high plains of southeastern Colorado.