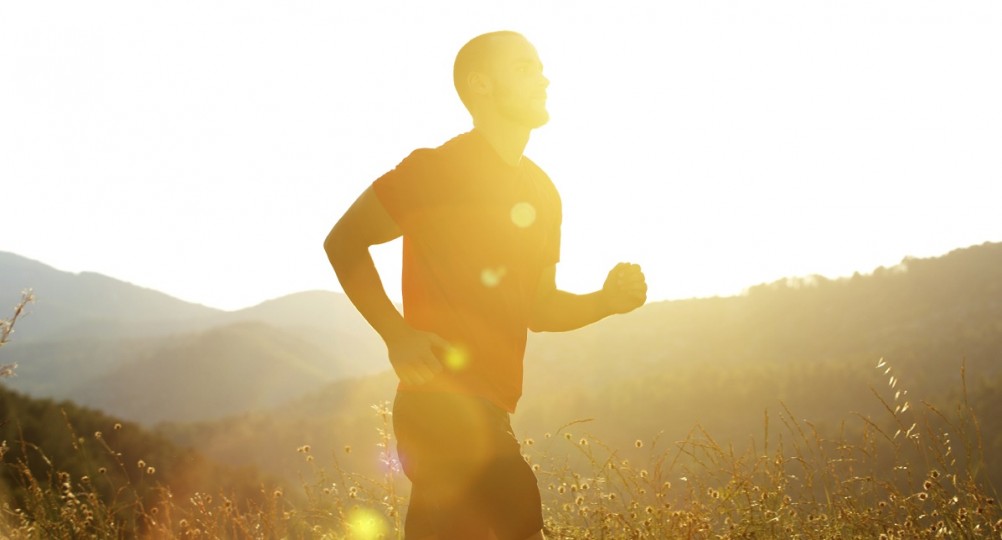 This is the second part of a series on encouraging your husband to pursue a healthier lifestyle.

So, you said your vows and now you’re a couple of kids in and the man you married may have packed on a few pounds. But how do you even begin to approach the subject with grace? We set the stage with a conversation about exercising influence, not control. When it come to changing habits, nagging will never get you anywhere, so figure out the best way to approach it according to his personality. Once your husband is on board, it is time to remove the roadblocks.

First, seek to understand what gets in the way of him exercising, being more physically active and eating better.

Does he have guilt over leaving you with the children even longer than his regular work hours? If so, you can explicitly give permission for him to work out three days a week and promise to harbor no resentment. Do something special with the kids while he’s exercising instead of staring out the window waiting the extra hour for his car to pull into the driveway. You could even join him at the gym and put the kids in childcare. He might also focus on exercising on weekend because it’s better than nothing.

My years of working with eating disorders have helped me look critically at how Americans view exercise. How natural is it to run in place on a machine while staring at yourself in a full-length mirror, running in place on a machine? Seriously, what a weird activity, it’s no wonder so many people hate it. The heart behind exercise should really be pleasurable movement that supports and enriches the body.

What activities did he enjoy in his past? What activities are reasonably accessible in your area and price range? Whether it is rock climbing, a soft ball league, hiking, cycling, swimming, a dance class with you; the idea is to challenge his idea of what exercise looks like and get creative. Talking this through with him could inspire him to experience movement in a new way and create a habit of strengthening his body in a life-giving way.

Clean up the food selections in the house but don’t go overboard. Put some of that extra energy you have (because you’re not wasting it on trying to control your husband) into experimenting with meals and snacks that are healthier but still tasty. Take a cooking class together, get a new cookbook or magazines, hand one to him to flip through, or collaborate with him on new ideas.

Do something active together. Train for a race together, set a hiking goal, sign up for a fitness class together or be his workout buddy. Brainstorm together about how you could prioritize your fitness together as a team, with the added bonus of having more fun experiences together.

I’ve heard that having more sex can motivate husbands to transform their bodies, haven’t tried that one personally yet but I’m all for it! Give it a try and let me know how it goes.

My best friend’s husband suggested having a professional family photo taken. This made me laugh but it was his personal catalyst. It got him hooked on running and led to a 60-pound weight loss over two years. If it worked for Ron, it could work for your guy!

These solutions require some finesse, patience, the ability to surrender control and accept the limitations of our influence. Keep taking responsibility for your own health in a non-controlling way. Keep tending and cultivating a strong connection with your husband that inspires him to want to accept your influence. Remember, being punishing or self-righteous does not attract anyone to follow in your footsteps – in fact it inspires contempt, rebellion and disconnection.

Kelley Gray has been a private practice psychotherapist in the Denver area for 14 years. She is passionate about promoting growth, healing and making messes with her daughters. You can connect with her at kelleygray.com.