I Was the Dork Who Took Latin 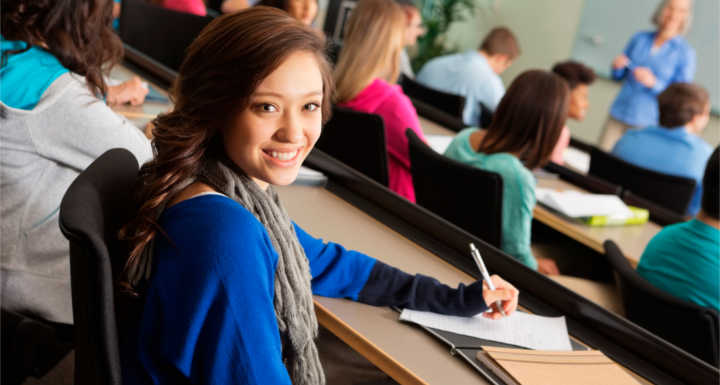 In high school, I was rather dorky. I’ve learned to embrace this. (Read the chapter in Mindy Kaling’s memoir, Is Everyone Hanging Out without Me? (And Other Concerns) about not peaking in high school if you still look at your high school self and cringe.)

The peak of my cool factor comes from the fact that instead of a more practical language, I took three years of Latin in school. My Latin teacher would often tell us Latin is the Marine Corps of the mind and make comments about the Spanish students cooking tacos. Mrs. McGuinness taught all the Latin classes at my high school. Her husband had some sort of top secret job and was in Russia all the time, so she had a lot of time on her hands to invest in her students. The Latin word for student is discipuli.She addressed us by this often.

All of a sudden, as a freshman sitting with my year one Latin book trying to fill out a worksheet with my table partner, the concept of being a student had greater meaning. A student is someone learning a trade or a discipline.

Discipline is a word meaning “making myself do something I don’t really want to do.” And yet, almost every discipline I attempt is really my attempt at forming good habits or healthy, life-giving rhythms. It’s that way when I practice drawing the same flower over and over in the hopes eventually muscle memory will take over. It’s that way when I make the same recipe multiple times so it becomes second nature. It’s the same when I make myself hang up my clothes right out of the laundry instead of letting them sit in the basket. The more often I do these practices, the more easily they will become second nature and not require me to muster every ounce of will I contain within.

When it comes to raising little people, parents instill values and habits through the disciplines they teach. The hope is that those disciplines would eventually become habits and become like second nature. It starts with little things like not loudly pointing out the physical features of people walking by in public or putting shoes away. Eventually there are bigger things to learn, like speaking up for needs or learning to apologize. Everything starts out as a brand new skill before it is mastered. Learning or teaching someone a new discipline requires a lot of iteration. Lessons often require instructions given multiple times. Learning new habits requires a lot of practice and some failure (including literal spilt milk). And sometimes it means behavior correction since parenting requires giving kids the habits and skills they need to grow up into successful adults. (Or, at least not to embarrass their parents too much once they start going to school.)

This month on Hello, Dearest we’ll be talking the gamut of discipline from self-discipline, disciplining children and everything in between. We invite you to join the conversation.