January Book Blitz: How to Fix a Broken Record by Amena Brown 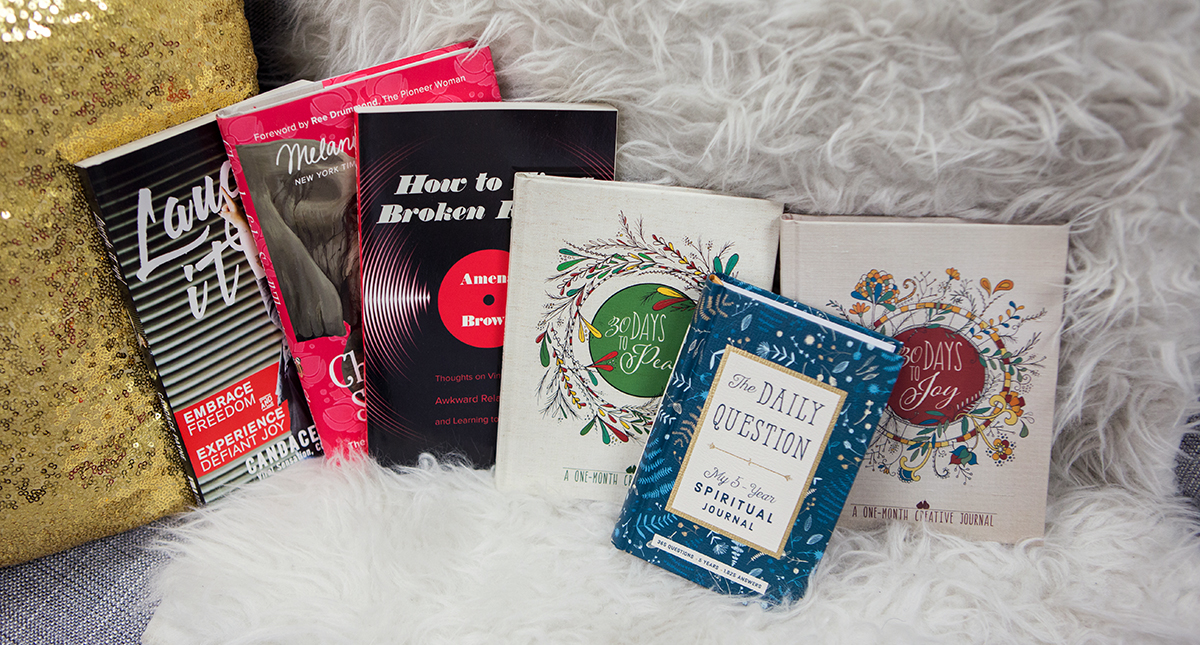 I stood in front of a room filled with young girls and women, first graders to college students. I had been asked to speak about words they should always carry with them. Being in a room with girls and women younger than me always brings up my own journey from girl to woman.

“Who is your favorite Disney princess?” one of the girls asked.

“I don’t have a favorite Disney princess,” I said.

I cycled through all the Disney movies I knew, the classic Disney films I’d grown up with before there was Frozen and Brave. I thought of Snow White, Cinderella, and Sleeping Beauty, how I never identified with their fair skin and straight hair. I recalled father-daughter dialogue from every heartfelt movie I’d ever seen. Unlike these movie-scene daughters, I had never been called daddy’s princess.

I grew up with cordially divorced parents. There was no ugly custody battle, no fights and arguments in my presence. They decided their marriage wouldn’t survive, but they both loved me and would keep their respect for each other as they worked together to raise me. I lived with my mom, and toward the end of elementary school, when my dad remarried and returned to the States from his military travels, I went to visit him, my new stepmom, and my new sister and brothers during the summer.

As we navigated the growing pains of a newly blended family, there was no time taken for porch soliloquies about “being daddy’s princess” or going on father-daughter dates. I had grown too old to sit on my dad’s lap or learn to dance with my feet on top of his. We were all traversing the awkward terrain of what happens when one family breaks and a second family gets created, while each of us tried to survive, to find a way to put ourselves back together.

I wasn’t raised to be a damsel in distress, to be a woman who waits for life to happen to her, so I never dressed up as a princess, never imagined myself wearing a tiara, and preferred a fresh pair of sneakers in case I needed to walk quickly, run, or dance.

Later in life, I realized I had a lot more in common with Disney and fairy-tale princesses than I thought. Most of them didn’t grow up in a traditional family. Many of them grew up without their mothers or fathers due to death, war, work, or abandonment. The absence of their parent led them to heartbreak and hard times and left them at the mercy of wicked witches, mean villains, and cruel stepmothers. In a fairy tale, the interruption caused by a break in the family is part of what propels the protagonist to realize she is a princess or that she can become one.

I talked about the princess problem with another room of young women—teen girls who had lived enough hard life to be twice their age. They were a part of the girls’ residential program at Wellspring Living, an organization that serves survivors of trafficking, commercial sexual exploitation, and abuse. As these brave young women were beginning recovery, I sat at a table with them once a month or so, and we wrote together.

We tried an experiment. I asked them to invent their own princess and kingdom. We used our pens to describe what our version of a princess would be like, what the rules of our kingdom would be, how we would treat the people who lived there.

We wrote about how they would help those who lived in their kingdom. Princess fashions ranged from gold to couture to sneakers and jeans. As we read aloud our various inventions of princess, I realized there was power in the exercise. Movies, magazines, fairy tales, or comic books don’t have to be the only things that define girlhood and womanhood for my generation or any of the generations of girls to follow. We get to tell our own stories.

I’m learning I don’t have to be a fragile princess or a super-shero with no weaknesses. I am somewhere in between. I am human. I am a woman. Sometimes I fight. Sometimes I win. Sometimes I need to be rescued. Sometimes I look at myself in the mirror and actually think the woman looking back at me is beautiful. Some days I struggle to believe that’s true, even though the fact that God made me and each of us beautiful doesn’t change based on how we feel. I fail; I make mistakes. I need love, care, concern. I am strong, and I am weak.

I hope to say to young girls what I continue to say to my little girl self: You can be your own version of a Disney princess or a comic book hero. Be unique. Be different. Be weird. Be a nerd. Whether you wear a tutu or Chucks, have freckles or rock an Afro, are shy and soft-spoken or bold and blunt, be yourself.

Amena Brown is an author, spoken word poet, speaker and event host. The author of five spoken word albums and two non-fiction books, How to Fix a Broken Record (2017) and Breaking Old Rhythms (2013), Amena performs and speaks at events from coffeehouses to arenas with a mix of poetry, humor, and storytelling. She and her husband, DJ Opdiggy, reside in Atlanta, Georgia. www.AmenaBrown.com