Lollipops in the Garden 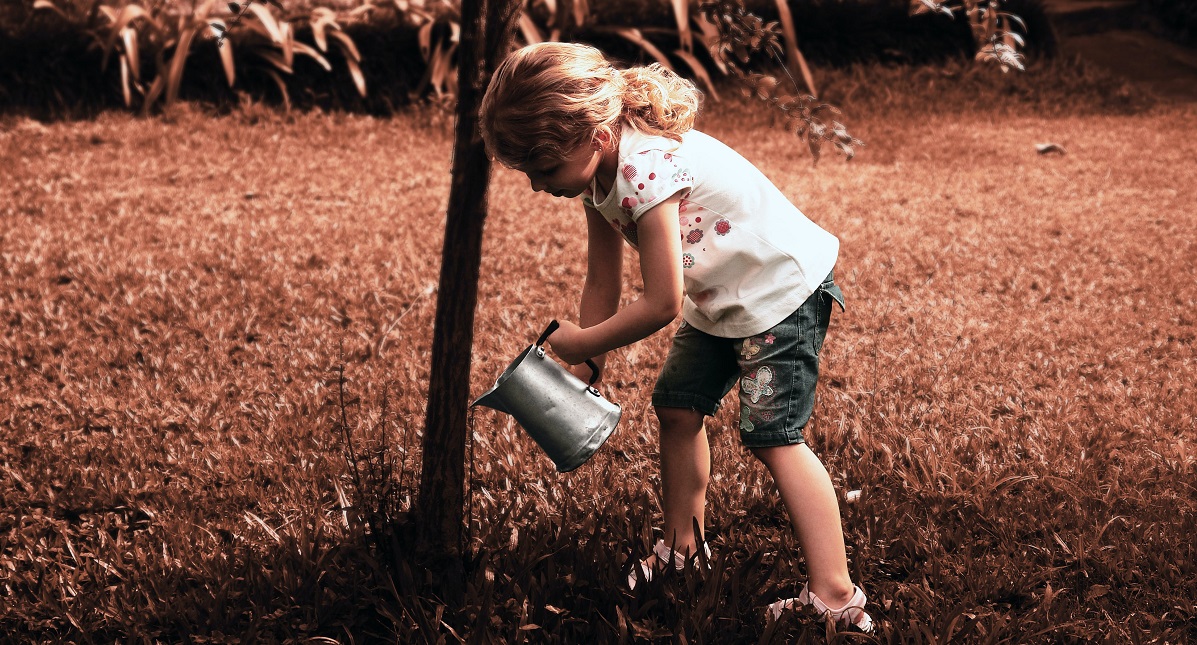 “Mama, look! Lollipops are growing in the garden!” said excited Little Person with a big imagination. The look of awe on our toddler’s face when he saw his favorite treat in bloom and in place of where his pacifier had been planted will always be a magical memory.

There are many ways of getting rid of the pacifier, including weaning it off slowly, calling upon the pacifier “fairy” to take it, or simply saying “goodbye” to it. I learned of another creative approach to completely ditch the pacifier; planting it! Since digging is one of our son’s favorite things to do, this approach was fun, imaginative, gentle and meaningful.

As a parent, you are best placed to decide on the right time for your child to transition to a time without pacifiers. Experts suggest a good time to try is when there is not much change happening in the household; your child is feeling settled and has transitioned from using the pacifier all day to only using it to soothe to sleep, and has an alternative favorite comforter or soft toy to soothe to sleep.

Our son only used his pacifier to soothe himself to sleep. When he was a little over 2 years old, we started to tell him how big he was growing and how he wouldn’t need his pacifier by the time he turned 3. So, it was a great parenting win to see him “grow” away from the pacifier sooner with the help of “magic” and Mother Nature!

On the morning of planting his pacifier, I explained to our son that today he would be saying “goodbye” to his pacifier by planting it in the garden. I told him that when he woke from his nap, something special would have grown in its place.

Before nap time, I helped our son dig a hole in the garden, filled it with his pacifier, and watered the dirt. When he settled down for his nap, I ensured he had his favorite comforter to snuggle with to sleep. When he called for his pacifier, I reminded him that he had planted it and it would be growing into a surprise by now.

While he was sleeping, I dug out the pacifier from the dirt and replaced it with a lollipop. (TIP: you can replace the pacifier with another edible treat or a special gift, such as a colorful windmill.) When he woke, I ran to the garden with him and marveled at the magic of nature. He saw his favorite treat in bloom in place of where his pacifier had been planted! 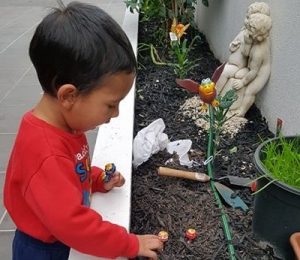 While he enjoyed his treat, we connected over how special it was for his much-loved pacifier to transform into something he loved. At night time, I ensured he had his favorite comforter to snuggle with to sleep. When he asked for his pacifier, I recounted his experience of it growing into something special. I reminded him that his treat was now snug in his tummy. And a magical moment was planted in his memory forever.

Nagma Dawn believes that having a creative approach to parenting has helped her connect with her three kids and find meaning in motherhood. She aspires to empower mothers with insights to have fun connecting creatively with their kids on her blog, Creative Mama. Her debut children’s book, Arya’s Flying Dreams, is an imaginative tale about dreaming big and believing in yourself. Connect with her on Facebook.