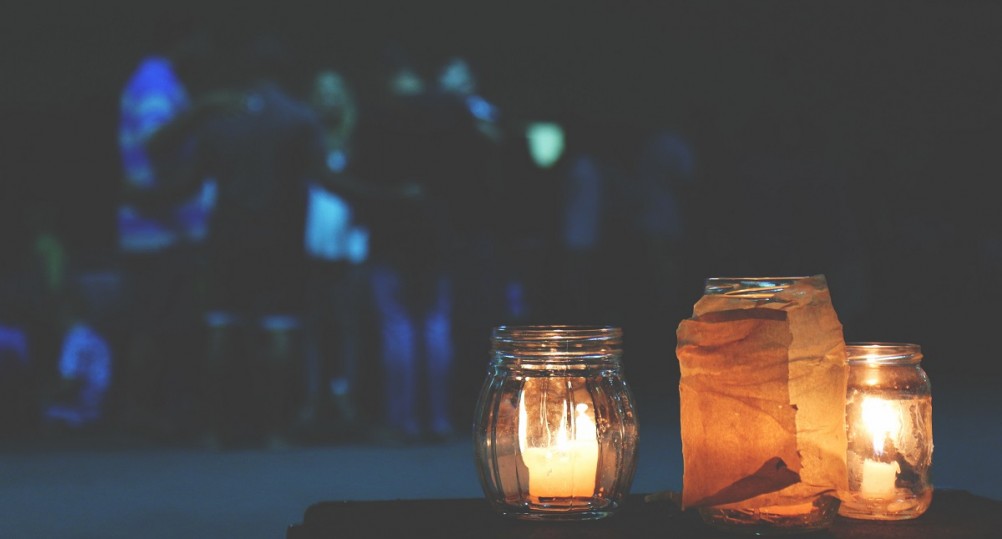 Years ago, I had a dreamlike idea of what motherhood would look like. It looked like the time I babysat a 3-year-old boy at the park and we threw sticks over the side of a bridge, laughing hysterically. It looked like the neighbor’s nursery beautifully adorned in pink for their baby girl. It looked like holding my newborn nephew and watching him sleep peacefully in my arms on Thanksgiving. I waited expectantly for my own time to be a mom. Yes – having children would be completely magical, just like those times babysitting.

Soon enough, we were blessed with a beautiful daughter.  She was 6 pounds of pure beauty with her dark hair and blue eyes. She opened my heart up in a completely new way, but being a mother was different than I thought it would be. In my mountain top babysitting experiences, I had skipped out on the midnight feedings, diaper blowouts, naptime showdowns and the long days staring at the clock waiting for daddy to come home. I had no idea the tightrope walk it would be trying to savor every moment, yet feeling overwhelmed with taking care of the baby, the house and myself. Don’t get me wrong, there were still those beautiful moments of mountaintop grandeur and they can be found highlighted in our scrapbooks, but they were few and far between in the daily scheme of things. But nothing shook up my idea of motherhood like the arrival of my second child.

After two days and nights of labor, he made his entrance dramatically through an emergency cesarean section. Two weeks into his little life, he started crying through most of the day. I remember timing a six-hour stretch of incessant screaming, all the while trying to keep my 3-year-old calm and entertained. (Thank you, Daniel Tiger!) We somehow made it through that tumultuous six month season. But right as things were settling down with our son, we moved from Kansas City to Nashville. We left all of our family and friends behind as we prepared for a new life ahead. I had been in survival mode for so long that shortly after our move, I sort of collapsed.

Maybe it was the stress of the delivery, the stress of dealing with my baby’s reflux, or selling the house and moving to another state.  Maybe it was postpartum depression. All I knew was I was in a fog – walking around in a dreamlike state, but not the kind of motherhood daydream fantasy I had when I was babysitting.  It was more of a nightmare. My mind was not as sharp as it should’ve been. I was not thinking clearly and sometimes even felt unsafe – responding in a confused fashion to the happenings around me. I struggled to even get out of bed on some days.

After ruling out any obvious physical diagnosis, I sought help through a counselor and medication. Within six months I was feeling much better. And upon coming out of the fog, my son was nearing his second birthday. I felt like I had missed out on so much. I mean I was there, but I was consoling a screaming baby and recovering from surgery, rather than strolling through the park with a beautiful newborn. I was opening up boxes in a rental house, not enjoying a well-decorated nursery. And on one particular evening, I was mourning the time I had been preoccupied and unable to enjoy things as fully as I would have liked. As the tears welled up, I told my husband how I wished I could have a do over for the last couple of years. My babies were growing up and I was unable to soak it all in.

I reluctantly looked back at some pictures of the time gone by expecting to be disappointed at what they documented. But much to my surprise, the photos told the most beautiful story. Yes, it had been difficult. But I had forgotten about those magical moments: the sweetness of a little girl reading a book to her baby brother, the calmness in the face of my sleeping son, the candles being blown out on birthday cakes, the tight hugs and slobbery kisses. And I began to see that motherhood was actually every bit as magical as I thought it would be. It was just mixed up with a lot of difficulty and struggle. But there it was, captured in the photos – magic – living and breathing among the mundane, begging to be acknowledged and appreciated.

So, mothers – let’s all agree to have lots of grace for ourselves on those rough days and in those dark seasons, which are sure to come. And in the middle of the struggle, perhaps a glance at the photos from yesterday can help us remember how beautiful motherhood really is. And let the memory of the last magical moment sustain us until the next one, which is sure to come.

Melinda Edlin is a wife and mother of two residing in Nashville, TN.  She is an award-winning songwriter and her music can be heard at www.melindaedlin.com.