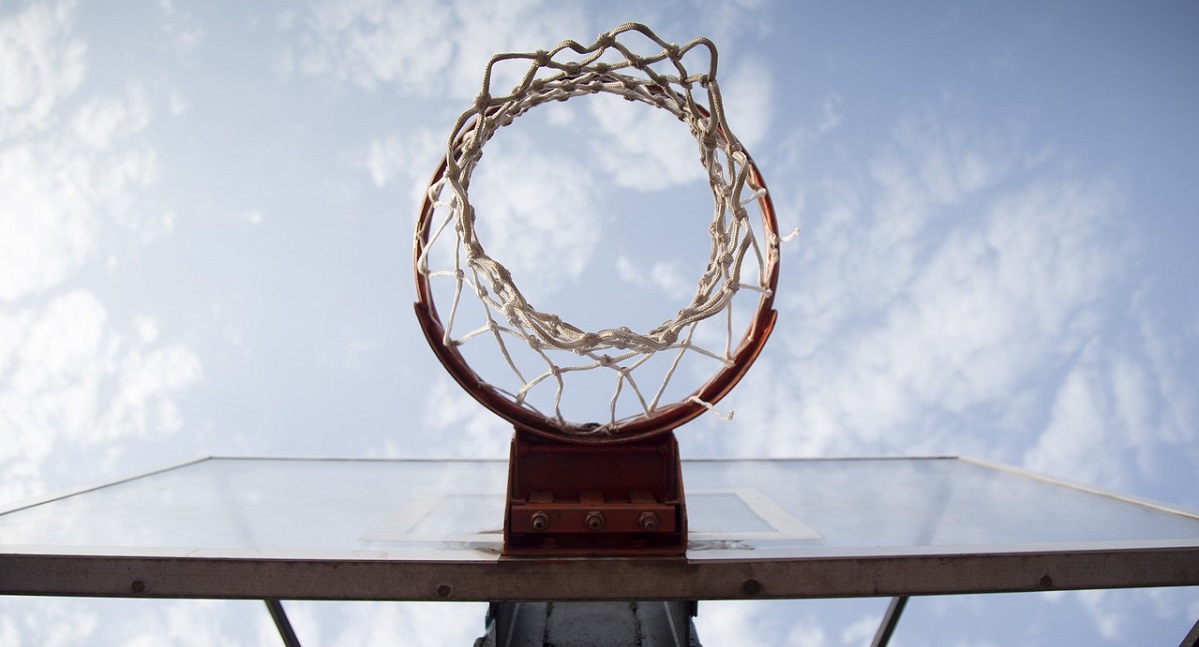 My son, Jackie, plays basketball and it’s no wonder. By eighth grade he was towering over his peers at six feet. He’s great at shooting the ball, but lacks the agility to move around his opponents. It has to be a no contact sport for him, and I can always see the anxiety in his eyes when a teammate bumps into him. Jackie has high functioning autism and the sensory piece is serious. The social issues are even worse.

His basketball games are a thing of beauty. Watching him race down to the basket and hit a three pointer is a big accomplishment that I never believed possible. Just seeing him interact with his teammates is a sight to behold. But the night that his team lost their first game was the beginning of my belief that I was an epic failure as a mother. I saw his face fall at the sound of the final buzzer and I incurably yelled out, “It’s OK, you did a great job!” What I got in return was a flip of the bird, that’s right, the middle finger, and to me that finger looked ginormous. I immediately turned in my seat and began apologizing to the mother and young child behind me.

Where did I go wrong? Jackie’s diagnosis had not been a surprise. As a mother, you know in your gut when things don’t seem on track. I spent my life in therapies and doctor’s offices, trying to find the best ways to parent this different kind of mind. I pushed the school systems to change their strategies, and I worked tirelessly to create awareness. The message from those around me was to focus on helping my son fit in. Basketball was a part of that, and it had been good for him. But it seemed like my frustration was coming from the fact that no mattered how hard I tried to push Jackie into that proverbial round hole, he just wasn’t going to fit.

I forced him to dress a certain way when I knew that the collared shirts were incredibly uncomfortable. I pushed the foods on him that I knew were making his sensory system overload. I became angry when he couldn’t understand the basic social ideas that made his life miserable. There were so many other things that I pushed, all for the sake of fitting in.

I fell into a sort of depression after that lost basketball game. I began to fear my son’s future, but I was also upset with the world around me. I was straddling the line between helping my son fit in and wanting others to accept him as he was. It took a trip to the aquarium to help me figure out what side of the line I wanted to be on.

Fun outings are difficult sometimes. The long lines and crowds create a sensory overload that can make a six-foot 14-year-old act like a terrible 2-year-old. Our visit to the aquarium was one of those times. The meltdown was phenomenal, a real show, and we got a lot of onlookers. As my son stomped his foot and screamed at the top of his lungs that it was my fault the sea horses were not on display that day, I chanced a glance at the audience. There was “the look.”  Spoiled child, it blared. How could I let my son act this way? In that moment, I was angry, just as angry as Jackie was, maybe more. I looked at my son who had already dissolved into tears and I thought, This is a child in distress. This is a child whose brain does not work the way of the typical world and it’s not his fault. I realized in that moment that this was it. This was autism and it wasn’t going away. I couldn’t force it out of him, I couldn’t make him typical and, if I was honest with myself, I didn’t want him to be. I wanted him to be who he was: funny, quirky and, yes, a little inappropriate at times. What I wanted more than anything was the world to understand.

Maybe I had failed at times, let’s face it, we make mistakes. The realization that my son was fine the way he was gave me new hope and a renewed motivation to educate our community about the face of ASD. It was the permission I needed to choose the path of fighting for the world around us to meet him half way, instead of expecting him to change. Will he flip me the bird the next time he loses a basketball game? I hope not. But instead of blaming myself, I’ll work harder to help him understand how his behaviors affect those around him.

Diane Mayer Christiansen has been writing young adult books for ten years. Her characters’ center around children with special needs or who feel as if they do not fit it.  Planet A is her first nonfiction work. Christiansen was diagnosed with dyslexia in second grade at a time when it was not considered a viable neurological difference. She struggled academically but earned a BA degree in Science at Aurora University. She went on to work in a laboratory setting doing genetic research at both The University of Chicago and Northwestern University.  Christiansen switched gears once her son, Jackie was diagnosed with autism spectrum disorder and began advocating for autism awareness in her community. Today she speaks, along with her son and his friend Alexander, to educators and parents creating awareness and understanding in the face of high functioning autism. She also enjoys freelance writing for several parenting magazines and websites. She is the co-Founder of redDAY Pledge, a campaign of kindness that can be used in the school system.