Not Afraid To Sleep 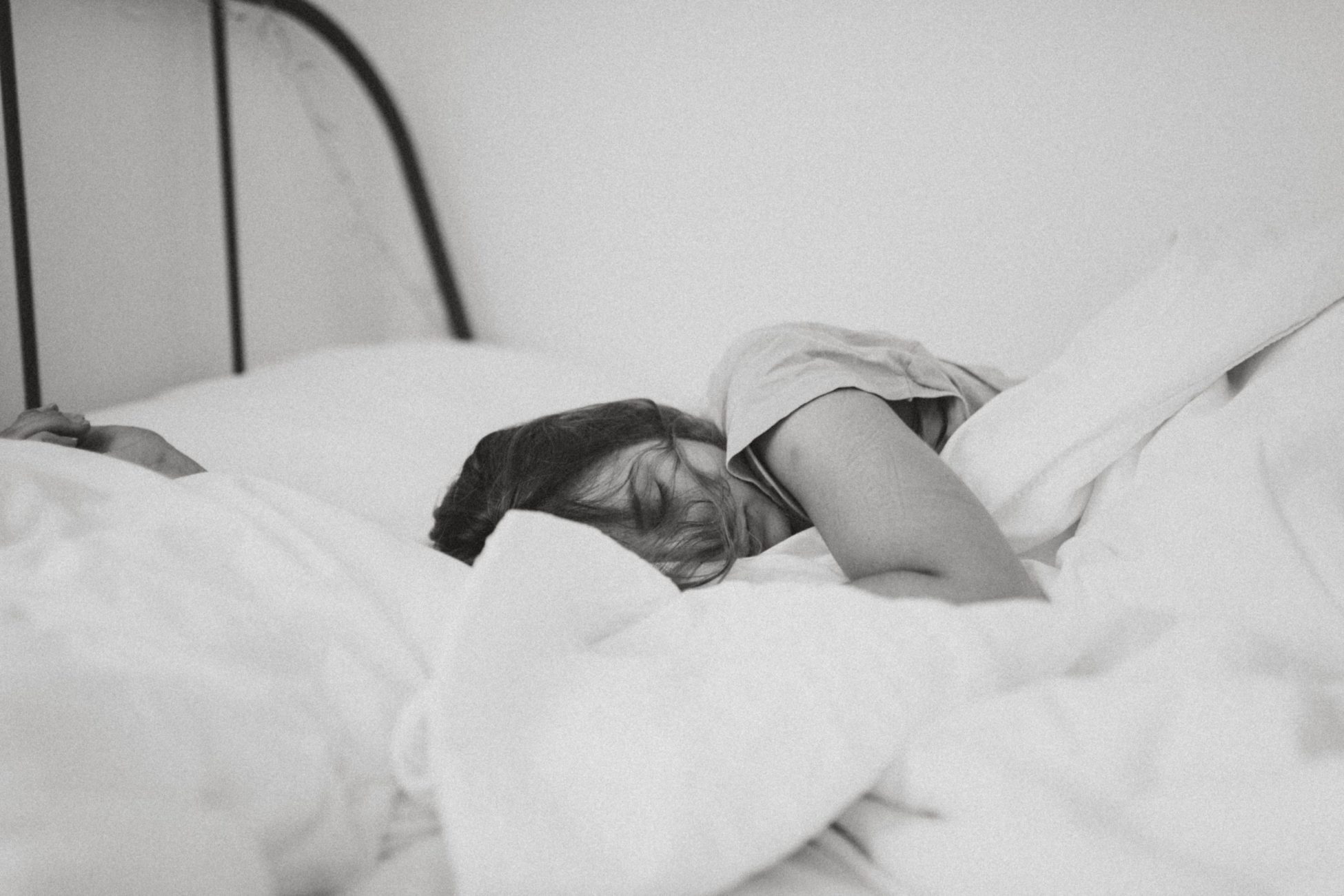 Finding the courage to accept our own limits and the necessity of sleep.

It takes courage to go to bed. And I’m not talking about for our children. I mean for us. Certainly, there are phases in motherhood where sleep is a precious commodity out of our reach, but there are other times when we are simply not brave enough to sleep.

We are too busy holding up the world, worried that if we sleep, it all could come crashing down.

I recently rediscovered the joy of respecting the limit that God had placed on my body. He made us to sleep, and I had defied that for years. Sure, there were many good reasons, but soon lack of sleep became a habit. Lack of sleep became a badge of honor, a validation of my motherhood, a token of belonging to a special club of hard-working women.

Sleep, I had heard often, is one of the most important factors in mental health – but I dismissed the possibility. Sleep is a great idea, but it’s not for me. I’m a busy mom.

To me, sleep was a sign of weakness, and I was too busy proving my worth as a mom, as a woman. I did not dare to let go of anything in my family. So I can’t sleep. I can’t go to bed without doing just one more task, and a few more after that. Even if I slept, I’d need to wake up in the middle of the night and solve some very important problem in my mind, whether it’s some tricky scheduling coordination that will need to happen for the next day, some relational issues that I can’t seem to untangle, or some text that I’m mentally composing to clarify a point with a friend.

I wonder if we are a little like our children in this. Every exhausted toddler has been known to scream, “But I’m not tired!” when being put down for a nap. We all think we could do just one more thing. We’re invincible.

Sleep reveals our weakness. We have limits, and this counterintuitive need to stop and do nothing when everything around us screams for more attention forces us to acknowledge those limits.

Only as I changed my sleep habits did I realize how much I had missed out on by staying awake. My fatigue had caused me to fixate on all tasks as equally important; I had dragged through the days with a grumpy attitude and caffeine-induced anxiety, and I was only half-present most of the time. Respecting my limits has given me a fresh start each day and a more realistic perspective.

My journey toward the habit of respecting sleep began with a tiny step: that inconspicuous timer app on my phone. I decided to aim for eight hours of sleep even though it seemed impossible. Every night, a little chime sounded my bedtime reminder at a seemingly unreasonable time. It was much too early. I ignored it. But after days of hearing that gentle chime, I began to ask myself, “Why not?” Rather than starting one more task, I began to pay attention to the little nudge and turn to my bedtime routine instead.

Many months of practice later, I’m finding that I no longer wait for the reminder from my phone. I have learned to listen to my body again, and it still tells me that I need to be in bed far earlier than I’d prefer.

I choose to say no to my plans and listen to my body.

Sometimes I feel ashamed for crawling into bed and guilty that I sleep so much. I hear the mocking of a fast-paced world and my own fears: you will accomplish nothing by sleeping. The practice of sleep teaches me to embrace weakness. I have limits.

For moms facing the necessity of sleepless nights, it is certainly a reality of the season – a brutal, holy season. But it is a season.

Sisters, we are not meant to fight sleep forever. We were not made to carry the world out of the fear that we would drop it. We were meant to lie down and sleep because we are weak and he is strong.