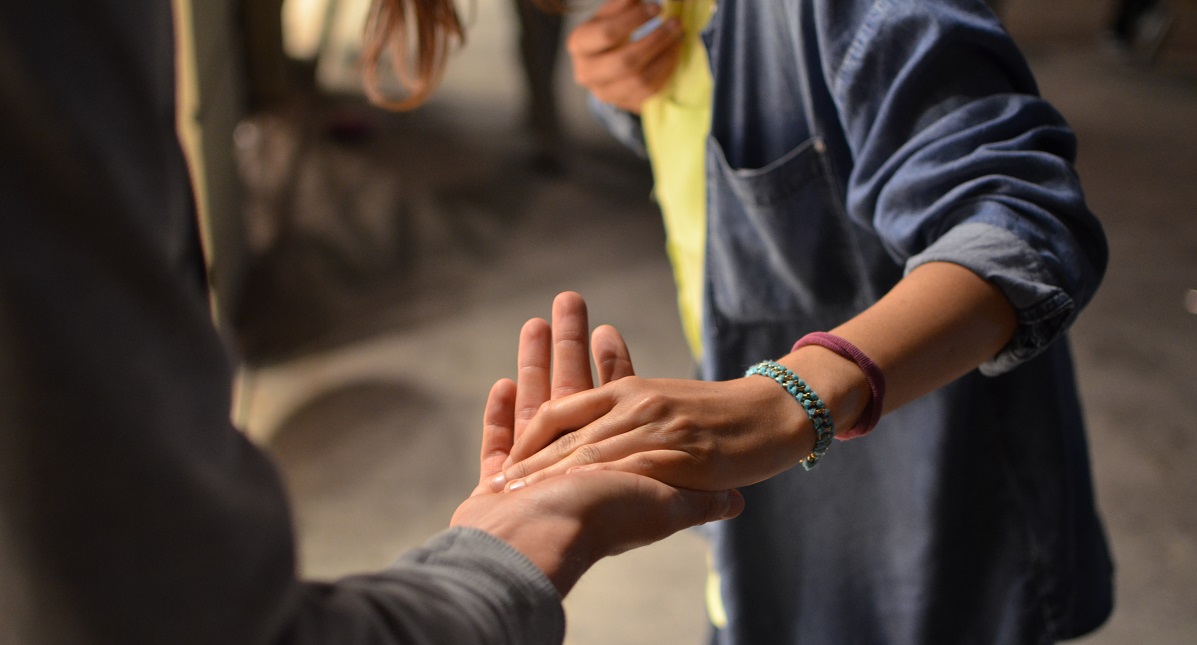 I couldn’t explain the tug on my heart to work with refugees and immigrants. I just knew it was there, under the surface, staying strong through the years of raising kids and going to seminary.

But though I downloaded volunteer applications three times, I never filled them out.

I had those kids, after all. Three busy, zany little girls. Add part-time associate pastoring and a writing career, and – who had time?

Plus, there were the fears. Introvert fears. Some of you understand. I can speak in front of 500 people and barely sweat, but make me do a one-on-one with a stranger? Terror level 5. I am Mrs. Awkward when it comes to thinking of something – anything – to say in conversation. Especially conversation with a stranger who doesn’t know English.

So I left the passion on low burner for years. Until the photo that jarred so many people – the one of the little boy drowned trying to escape unimaginable horror – jarred me, too.

His parents were scared of bombs and gunmen at the door. Then the worst thing that can possibly happen had happened to them – they lost their dearly loved child. Suddenly, my fears seemed pretty feeble, even to my well-rationalized mind.

When I downloaded and filled out that application to volunteer with World Relief though, I found out that finally following my passion wasn’t the straight line I thought it would be.

Sometimes you don’t find your passion on the first try.

I agreed to be a friendship partner for a woman who had been in the US five months. She knew little English, and she rarely left her house except for working the night shift. I went to be her friend, to chat and to help her acclimate to her new normal.

But every week, the same reluctance dragged me down on the drive over. I didn’t love it. Every minute was hard. I was glad when she had to cancel. I tried to teach ESL to another woman. The same thing happened. I was absolutely committed to doing what they needed, but why did I not feel joy over finally following that passion?

Why was I failing at this thing I knew I was called to?

It’s OK to get it wrong.

What I was doing wrong wasn’t the volunteering or the organization. It was trying to fit into molds that weren’t “me.” I assumed that if I got out there and did it, God would provide me with the love of the job. He’d work his magic and all my awkwardness would disappear. As it happens, God wasn’t really interested in “making” me do something I’m bad at.

I tell my kids there are only a couple decisions that are final: getting pregnant and jumping out of a plane. The rest you can mostly back out of, and it doesn’t make you a terrible person.

We convince ourselves that one failure means we won’t ever get it right. And I failed twice. What I found out was that one, or two, failures don’t mean I wasn’t called. It meant I was learning. When I stopped blaming myself for not being good enough or loving enough to make those partnerships work, I could recognize they just weren’t good fits for me.

Something else would be.

It’s OK – it’s imperative for your heart and soul – to try again.

I found my passion with World Relief completely by accident. I had also signed up as a driver who could bring people to appointments, welcome them at the airport, or, in this case, transport students to and from homework club. The volunteer coordinator told me I could stay at the club and help out or I could go somewhere else until it was time to bring the kids home – my choice. Planning to go and get other work done, I unintentionally ended up staying.

I never left. That first day, I remembered how much I had loved teaching high school and how deeply I connected with teens. These teens were funny, silly, and ambitious, much like most American teens I’ve met. I got hooked on homework club, and it’s where I know now God had planned for me all along.

It’s so tempting to think, in those detours that look so much like absolute failures, we just aren’t in the right place. We were wrong about our passion. We didn’t really understand God’s voice. What I discovered was that sometimes, the failures prepare us for the place we will succeed. I was learning, in those awkward one-on-one experiences with adult refugees, how to understand their cultures and how to act in a way that respected where they were from. By the time I got to the high school, I could start on easy footing with the kids, unworried that I would culturally misstep because I’d practiced for this, unknowingly. I understood some of their home dynamic because I’d seen it from the inside. My gifts and experience match their needs.

I don’t drive to the high school reluctantly. I go with joy. I found my passion. It just required a few detours first.

Jill Richardson is a writer, speaker, pastor, mom of three and author of five books. She likes to travel, grow flowers, break into random musical numbers, root for the Cub, and drink lots of Earl Grey. She writes here and sometimes rants here.