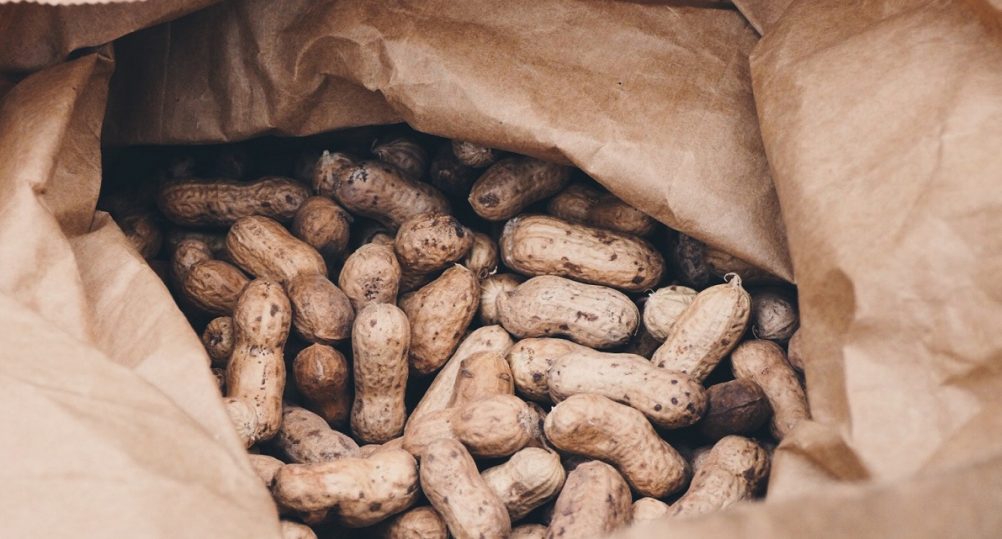 Finding out your child has food allergies can be a scary thing. Watching your child have an anaphylactic reaction is downright terrifying. After experiencing it first hand, it’s something we never wanted to see again. Especially after hearing that the reaction may get worse the next time.

My husband and I spent a balmy Florida New Year’s in the ER, at our 7-year-old son’s side. We traded fireworks and countdowns for beeping machines, a scared and sick kid, and a shot of epinephrine (not the kind of shot I thought any of us would be taking that night). When the sun came up on January 1 all turned out OK, but we did not dare risk such an accident again. Our son has a severe allergy to peanuts and tree nuts. Since we couldn’t make his allergy disappear, we tried to make the nuts disappear.

No nuts in our house. No nuts in our diet. No nuts near this boy. We couldn’t risk cross contamination. Birthdays and holidays became allergy proof. We weren’t overreacting; it was simply the obvious course of action. Our family and friends agreed, and even supported our list of food-safety commandments. (We printed them out and everyone got a copy). Of course some obliged more reluctantly than others – at a dear friend’s house for a birthday party one year, I basically made her put away her adorable Hello Kitty shaped PB & Js before any moms or kids could eat (or admire) them. Still feel bad about that one.

School was already covered. He attended a private school with a 100% nut-free policy. This worked out great. “Why isn’t every school nut-free?” my husband and I would proudly remark at school functions. Students even ate lunch at their desks – their own private food safety island.

Couple the perfect school with a little daily diligence, and we had created an infallible system, or so we thought. Then the bubble of safety we created burst.

Our nut-free school shut their doors. He moved to a bigger school with – gulp – a cafeteria. The new teachers gladly designated a nut-free table, but he spent the entire time worrying about other kids’ lunches. He wondered if they were truly nut-free. He wondered if kids at the other tables were far enough away. He wondered if those kids washed their hands after they ate. After school, I’d often pull a full lunchbox from his backpack, untouched for fear that nuts from nearby tables could somehow find their way into his food. His once wise caution around allergens had developed very quickly into a fear of make-believe dangers.

His anxiety around food increased in every situation. At home, he asked repeatedly if the food I cooked was safe to eat. I’d answer, and he’d ask about a 100 more times before considering a bite. It didn’t matter if it was grilled cheese, spaghetti or grapes. He’d inspect food looking for anything resembling the tiniest speck of a nut, and refuse to eat if he had doubts. Restaurants became a thing of the past – he didn’t trust them for a second. A sideways look from a server was enough to incite a panic attack. Then we started inventing excuses for him to miss birthday parties, because he wasn’t comfortable being around other people’s food, especially desserts.

We thought dealing with allergies was a scary thing. But watching our young child slide into severe anxiety and its various often intense symptoms was another kind of horror with a mountain of helplessness heaped on top.

So, we sought help. We found a child psychologist whom my son immediately liked. We called him the “comfort doctor.” It didn’t take long for the comfort doctor to figure out that our good intentions of protecting our son’s health were responsible for creating and feeding a fear in him. If you ask any psychologist what the appropriate response to fear is, the answer is always that you must face it.

Communicating for the first time between allergist and psychologist, we came up with some ideas. It’s extremely important to include your allergist in any decision that will expose your child to his allergen. They can guide you on safe practices depending on the severity.

Our first step was to bring nuts back into our home. He needed to get comfortable being around them again, and realize it was OK for people in the same room to eat nuts. This took vigilance to do safely, but it was a necessary step. We started keeping a canister of nuts on the counter and eating a handful in front of him. We started eating peanut butter again. We had an agreement that we’d always wash our hands and lips after doing so.

We needed to stop making him feel like a victim and empower him. Instead of us telling him if something was OK to eat, we had him telling us. He would read the labels and talk to the server at the restaurant. He had the assurance of knowing we’d never let him actually eat it if it wasn’t OK.

Another change we made was setting a firm rule that he could only eat something if it had a label or if he talked with the person who made it. In the past, we would allow him to eat something if common sense would say it was nut-free (such as chips or a glazed doughnut) but had no label to prove it. We were trying so hard not to deprive him but it inadvertently fueled his anxiety. This is especially important because there are hidden ingredients in many foods such as almond extract and peanut flour. We pretty much said goodbye to bake sales, buffets and potlucks!

It took time to reverse all the things we did. I try not to dwell on our mistakes because we had the best of intentions. We have our happy boy back now and he’s worth more than his weight in peanuts!

Anna Ellis is a member of MOMSnext of New Hope Presbyterian Church in Fort Myers, Florida. She and her husband, Sean, live a fun and busy life with their two children and maltipoo.