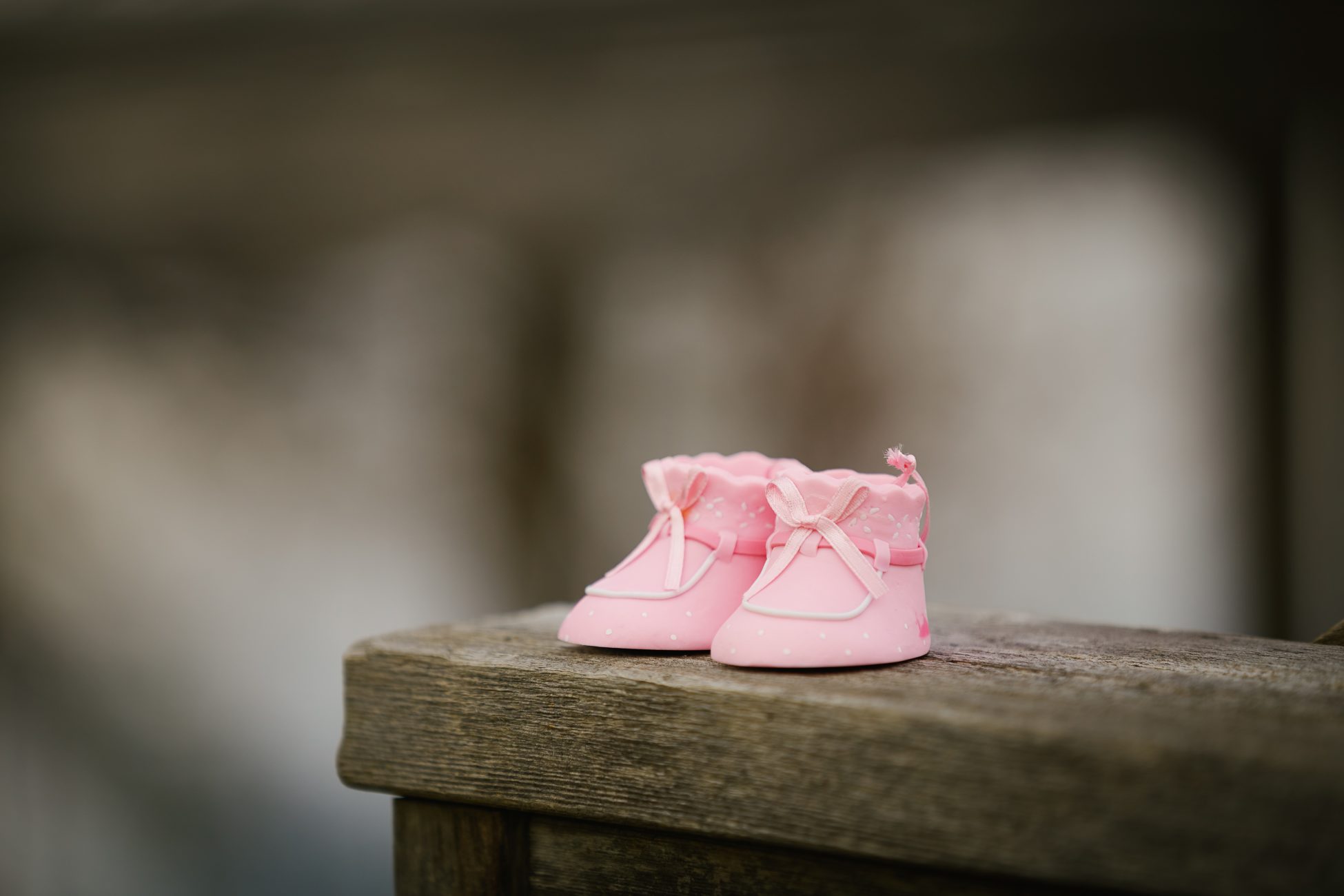 For years, it was the longing that had no name, the longing that I wouldn’t allow myself to name. Denied, it took on ugly shapes. She must be exhausted, I would think when I saw a woman with three or more children. Thank goodness we stopped at two! As I watched older siblings lovingly dote on baby brothers and sisters, my heart leapt but my mind resolved to not take a step toward it. Are you crazy? Don’t you remember how giving birth feels? It screamed. What is wrong with these people? Aren’t they concerned about overpopulation? (I told you it got ugly).

I remember one evening at church when I held a fussing baby for two hours. When I handed him back to his mother, my arms hurt and I made some joke about my occasional yen for another baby being “cured” by babysitting! See? My brain muttered smugly. Babies are a pain and an inconvenience. Babies hurt. Aren’t you glad you’re done with babies?

But as I walked home, tears rolled down my cheeks. My heart was sick and tired of being trampled by cynicism masquerading as practicality. Yes, babies hurt, I thought. But they’re magical and delightful and worth all the hurt. I want another one so badly that my womb aches. I want another precious little soul to love, another set of sweet kissable cheeks and rolls upon rolls and downy skin. I even want the oceanic pain of birth and its afterglow of sheer bewilderment, when you feel like you’ve been destroyed and reassembled and everything is new. But most of all, I want this perfect, fresh little creature in my arms. I want it ALL!

I thought two was a reasonable place to stop. My husband did, too. We couldn’t afford any more, and besides, two was plenty. Arrow, our daughter, blindsided us. I was just emerging from the haze of caring for a newborn and a toddler when I dropped my husband off at his vasectomy appointment. Even that became a joke – he was practically sprinting to the urologist! Oh, we are SO done! I emphatically responded to any inquiries as to whether we were having more children.

Yet, my heart wasn’t buying it, but I refused to give myself permission to dream. Dreaming would bring nothing but heartache.

And it did, for two long years. When I told my husband one tearful night that I wanted more children, he was mortified. For the next two years, I cajoled and pleaded, and when that failed, I pestered and prodded and threw tantrums. I pounced on any millimeter of yielding with such violence that I only hardened his resolve. Finally, one night when he stated again that he didn’t want more children, it felt final. I wept until I had nothing left, and I knew Jesus was there. I struggled to trust that he would renew me, in time.

I became silent on the topic of babies, so much so that my husband started asking, “Aren’t you going to say something about babies?”

“Nope,” I replied each time, perhaps a bit too curtly. Then one day, my husband sat me down to tell me that he felt called to get his vasectomy reversed. I shrieked with joy and threw my arms around him and marveled at the miraculous: hope glittering from the grave of gutted dreams.

I thought I’d get pregnant immediately like I had before, but four cycles went by and it didn’t happen. I poured out my woes to a wise friend and mentor, who gently shared the lessons God had taught her through her unsuccessful tubal ligation reversal. He had reshaped her longing and fulfilled it elsewhere, she said.

Yes, I nodded begrudgingly, I will learn contentment. There will be so many rich, faith-enhancing lessons I’ll learn if I don’t get another baby, I thought, with my fists and jaw clenched. I was fooling nearly everyone with my forced holiness, including myself. But not God.

I was driving two days later when the welling that had started deep down in my belly erupted in my throat. I pulled over on a gravel road and wept violently, gasping and heaving like my son after he takes a hard fall. I tried to breathe deeply and stop crying; even forging ahead on the road, thinking my composure would follow, before pulling over again and giving myself permission to weep. And there, on that quiet country road, as I cried and pounded on the steering wheel, the truth came out. “I don’t want to learn any more lessons!” I yelled. “I just want a baby!” Instantly, I felt relieved. Lighter. And God smiled, because I wasn’t pretending anymore.

It’s easy to forget that before God, we have permission to be real. It’s even more than permission – it’s a requirement for true relationship. God doesn’t want a gritted-teeth resolution to be good, which is destined to fail anyway.

But I still want a baby.

Ashley Lande is mama to Israel (6) and Arrow (4), as well as one big dog, one little dog and a small flock of chickens. She feels most safe in a library and is an astoundingly good dancer. Her artwork is at ashleylande.com.