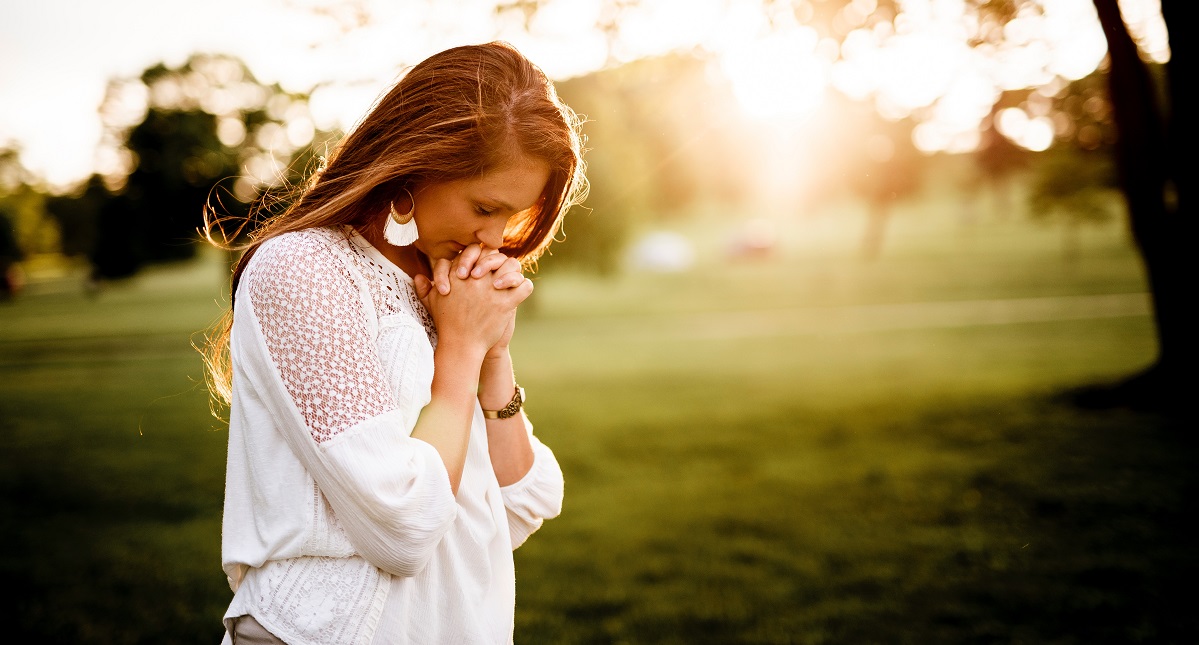 I know many people who are beautiful pray-ers. They’re the people who sound like professional public speakers, who never stumble over their words, and who invoke “Amens” and “Yes, Lords” from those around them during the prayer. It is beautiful; I love hearing it. At the same time, though, it never fails to make my heart ache because I think that there’s no way I’ll ever be able to pray like that.

Here’s how my prayers usually go: God, I don’t really know what to say. I’m just [insert emotion here] and I don’t know what to do. Can you just do something to help me with what I’m going through?

That’s usually all I can get out, and sometimes not even that. So when I look at others in my life who seem to be effortlessly connected to God, and then at my own feeble attempts at prayers, I sometimes think that I just shouldn’t even try. Why pray when I’m obviously so terrible at it, especially compared to others?

And there it is. Something I am so incredibly good at: comparison. When I compare the way that I pray to the way that others pray, it leaves me feeling worthless and just downright yucky; worse than that, it gives me the mindset that God would rather not hear from me if I can’t pray the big words and eloquent phrases.

It reminds me of a parable that Jesus told in Luke 18. He tells of a Pharisee praying loudly in the temple with fancy words. And then Jesus tells of a tax collector, a man carrying so much shame and without any eloquence about him. And he prays, “God, be merciful to me, a sinner” (Luke 18:13). That’s it. That’s all the prayer he can muster up. But Jesus says that he went away justified. In the Greek, justified is the word dikaios, and it is the same as saying that the man went away without fault, without guilt and completely right with God.

His prayer was enough. As simple as it was, it was enough in the eyes of his Father. It was enough because it was real. The tax collector was talking to God about what was on his heart and in his mind, regardless of how plain it sounded out loud.

It’s not about what we say. It’s not about how we say it. It’s about showing up in front of God just as we are – real and raw and vulnerable – and trusting that he’s glad we’re there, he’s listening to us and he’s big enough to handle our very small prayers. When we say, “Amen,” it’s knowing that God isn’t comparing us to the person next to us who prayed “better” than we did. Instead, we can open our eyes and lift our heads from our prayers – simple or eloquent – and know that, in God’s eyes, we did it exactly right.

Hannah Hladek is a proud native of the beautiful state of Colorado, where she lives with her husband, Jeff. Hannah is deeply passionate about ministering to young women, combining her gifts of teaching with her degree in Communications and Masters of Divinity. When she’s not dreaming about starting a ministry, Hannah can be found with her nose in a book, binge-watching The Great British Baking Show, or laughing with a friend over a latte. She is the Marketing Communication Strategist at MOPS International. Find more of her at @hannah_hlad3 and @allou_story