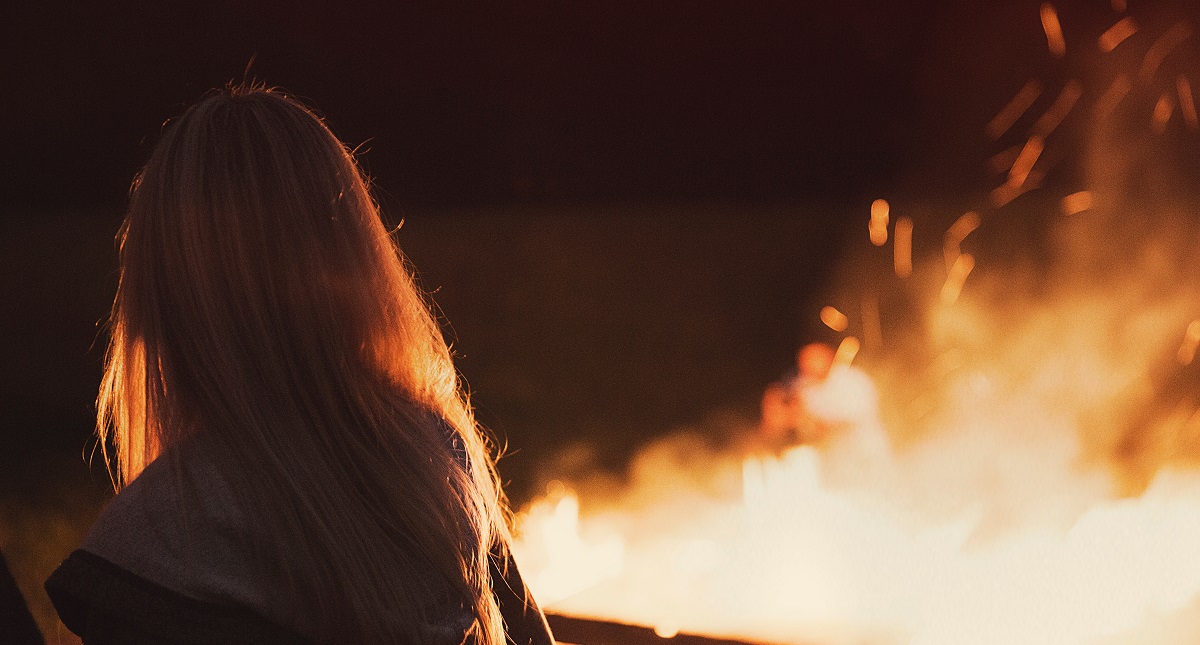 Halfway into an 835-mile road trip with my five kids, my car caught fire. I was a young mom. It was rush hour on a Friday afternoon, and we were on the I-80 corridor between New Jersey and Michigan. My husband was somewhere over the Atlantic on his way to Europe. My car wasn’t supposed to catch fire. It supposedly was in mint condition: brand-new, right off the lot with less than 2,000 miles on it. The fact was, this trip wasn’t meant to be. Nevertheless, I was going to make it happen.

As summer approaches, I can’t help but think of things I wish I could go back and tell a younger version of myself. I wish someone had told the younger me when plans don’t turn out as you intended, it’s OK to change them. Let me explain.

The summer we lived in Michigan, I decided to take my kids on a lighthouse tour down the coast of Lake Michigan. It was going to be a summer to remember. It was a grand idea. Execution? A totally different story. I planned to drive down the coast of Lake Michigan, creating an incredibly and enlightening educational experience for my kids. Yes, the trip will live in their memories forever; just not in the way I intended. Trouble began even before the trip started.

About a month before the trip, we unexpectedly relocated to New Jersey, which now put 835 miles between the Lake Michigan coast and me. At the time, it seemed minor – not enough to stop me. Neither was the fact my husband got called away on a European business trip during the same time as our lighthouse tour. Still, not a problem. I’d make the road trip with my five kids without him. I was so focused on making this the best summer ever, it never occurred to me to alter the plans to fit our circumstances. I could’ve rescheduled the trip or made it more manageable by touring lighthouses on the New Jersey shore (which was only about 50 miles away) instead of traveling to Lake Michigan. But when I’ve got a plan, sometimes reality is an inconvenience.

I literally began putting out fires the morning we left. The waffle iron exploded at breakfast (potential fire number one), which delayed our start. At our first fueling stop, I drove away from the gas pump with the pump nozzle still attached to the car (potential fire number two). About 400 miles into the trip when we pulled over for a potty break, the car caught fire. Luckily, the fire fizzled out on its own. I called a tow truck, loaded my kids and our stuff into a taxi, traveled to the nearest airport (which was 90 minutes east – in the opposite direction of our destination), rented a car and continued on our way. Six hours later, I got pulled over by a highway patrol officer who spent 20 minutes reprimanding me for having my six-year-old in the front seat without a booster. Albeit, that was the only way all six of us could fit into the rented sedan by ditching the booster and putting him in the front seat.

As we drifted into the 40 Winks Motel around 6 a.m. the next morning, my “simple” 14-hour road trip with five kids turned into a 24-hour fiasco. I was frazzled, frustrated and fatigued. And unnecessarily so. Oh, my kids remember the Lake Michigan lighthouse tour. We now affectionately refer to it as “The Nightmare at the 40 Winks Motel.”

Now I’m older and wiser and I know not every summer has to be an affair to remember. If only the younger version of myself had learned how to admit defeat and flex with the new set of realistic expectations, we could’ve created a new plan and spent a quiet summer on the Jersey shore – fire-free.

Sheila Qualls is a former civilian journalist and editor for the U.S. Army’s award-winning newspaper, The Cannoneer. Sheila is now a stay-at-home mom, speaker and writer. Sheila writes from the experience of 30 years of marriage, five kids, homeschooling, 10 corporate moves, two dogs and a ferret. (May they rest in peace.) She inspires women by giving them a view into her world through a window of humor and transparency. You can follow her on Facebook or on her blog at http://www.sheilaqualls.com.