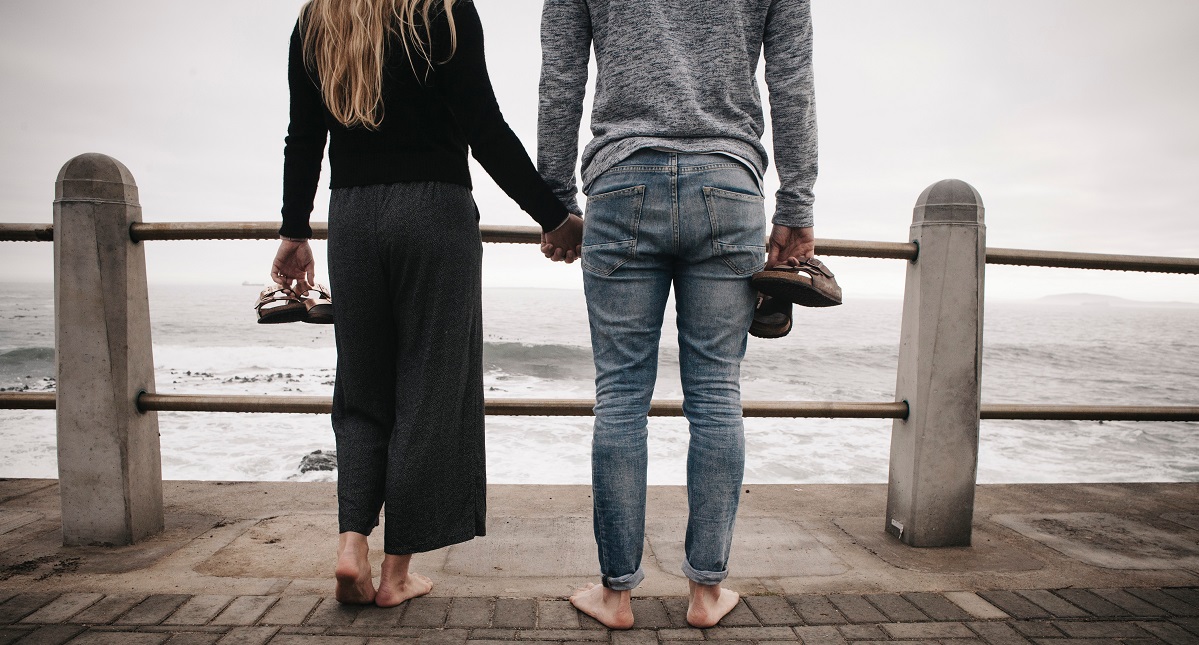 When I met my husband, Alexis, he called himself an artist. During those pre-dating days, I often stopped by our college cafe where I knew I could find him transforming a blank wall into a European-looking street. When he painted us into the mural, I wasn’t sure whether to feel honored or nervous.

We were very different. I was born in Michigan and raised by conservative Christian parents in Canada. He was born in Peru, to a teenage girl who went on to study law at university. She brought him along when she traveled into Peru’s mountains to train justices of the peace and spent days in the Palace of Justice in the capital city of Lima.

The terrorism of the ’80s brought to Lima car bombs and candlelit dinners (there was no hydro in the city). Alexis was a teenager during those days, and, left alone too often, he threw himself into art.

When we met, I was taken aback by his surrealist work – paintings full of fragmented images of pain and hope. The mural was a one-off he’d agreed to paint in exchange for a free course, as he struggled to make it in a new country on a student visa.

I was drawn to Alexis, attracted by his passion. There was overlap in some of our most intense wishes, and this overlap made me think our relationship had potential. Besides, he walked me home at night. He sang sweet Spanish songs from his childhood to me. He told me stories of a life lived far away, and I sensed deep loneliness in him. When we married, we were full of hope. We knew what we wanted from life. Our dreams were colorful and spectacular.

And then something happened. We biked to work, and then we took the bus. Eventually, we bought a car, after moving somewhere without bus service. We got survival jobs – the best we could find with the most decent wages – to pay back student loans, immigration fees, living expenses. We had a child and she lit our days. We attempted missions, but the timing was wrong. I got sick and had to let go of many dreams, including that of supporting my husband so he could pursue his art.

The years unfolded in that monotonous routine of work-home-work-home. Yesterday we were young parents with a toddler, and today our daughter is heading into her last year of high school.

We woke up, recently. Where did the dreams of that passionate young man go? The one who was going to celebrate the history and culture and strength of a people with the world … through art? We realized that if we didn’t do something, life would go on, unchanged, until we were too old to make a new start. He still might scribble ideas on napkins and import cool screen savers reflecting his heritage, but that God-inspired passion burning on low in his heart was in danger of never being realized … we’d ignored it for too long.

Still, we felt uncertain. If we veered off the path everyone else takes, how would our life compare?

The unknown scared us.

We realized, though, that our dearest hope for our child is that she will discover in herself the abilities and passions her Maker placed there, and that she will spend her life embracing these things. Children watch their parents live, and they often imitate what they see. If we bury our passions and continue to make money and security our priorities, maybe she will too. We want something better for her. And I guess, if we’re honest, we want something better for us, too. Dusting off old passions won’t just bring color back into our lives – it was a way to clear the path for our daughter to see a vision of life that is unusual, unpredictable and, best of all, possible.

Holly Dickson-Ramos lives in Ontario, Canada, where she spent the last four years making her garden pollinator friendly … only to discover (last month) that she is allergic to bee stings. She is addicted to Peruvian and Indian food and believes that sunflowers and daisies are the happiest flowers on the planet. You can check out her husband’s art at www.ramos-mejia.com.