Suffering with your Friend 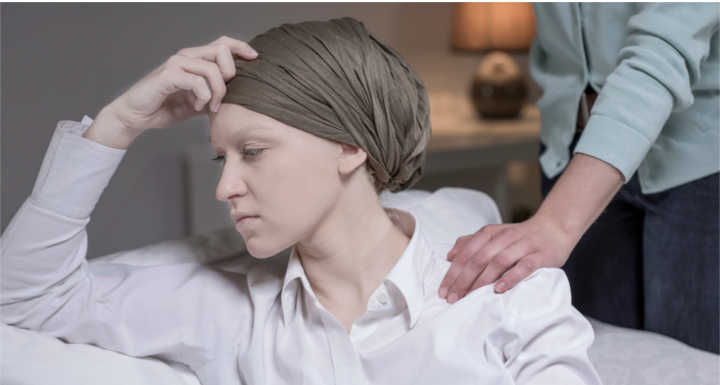 My husband and I met Josh and Wendy when we moved to York, Pennsylvania, and started looking for a church. Wendy immediately introduced herself, and she was quickly followed by her husband, Josh. They were compassionate, caring and knew exactly how to show love to strangers. We quickly became close friends. She reached out to me many times to invite us to activities, go on double dates, or just hang out. It was wonderful. She made it easy.

In February of 2008, Wendy began having severe pains in her back. So bad she sometimes couldn’t walk. She went to the doctor and they sent her to physical therapy. “You need to strengthen your back,” they told her. But as time went on and physical therapy didn’t help, she went in for testing. In May of 2008, Wendy was diagnosed with non-Hodgkin’s lymphoma.

That was hard news to hear. I remember her calling me to tell me the news. It was completely unbelievable. She was 26 years old, her whole life ahead of her, one moment worrying about what she was going to wear out to dinner and the next, worrying if this was a cancer she could survive.

I wanted to be a true friend to Wendy. She needed a friend who was available and honest, someone not afraid to pick up the phone and call her.

It is very hard to be there for people who are suffering. You are putting yourself in the midst of their pain and helping them navigate through it, often times feeling the pain so strongly you’re truly suffering with them, but, I was a therapist, this would be easy. After all, I was trained, I was educated. I helped people find their way in the most difficult circumstances every day. It was anything but easy. Even though I cared greatly for my clients, there was a clear client-therapist boundary that prevented me from taking the pain home with me, losing sleep over bad news at an appointment, lying awake at night wondering what tests would reveal. The ultimate outcome of their lives did not affect my personal life, but Wendy’s did.

When you know someone who is suffering or who has suffered a loss, no matter how hard it might be, be too much. Be available to them. Sometimes that is all they need. We get so concerned with what we say and how we say it that we forget to be there. We forget to love them. I will never regret being too much with Wendy. She passed away in July of 2008, only three months after her diagnosis.

Suffering is hard. Cancer is hard. Dying is hard. Being with Wendy was hard and letting her feel sad was even harder. There’s a myth out there that you have to be strong for others, yes, sometimes that’s true, but sometimes, we just don’t want to cry alone.

I will never regret spending that too short time with Wendy.

Heather is a wife and mother of two, ages four and two. In her spare time, she is a part-time photographer. She started and has been coordinating a MOPS program in York since July 2014.

What intimidates you in walking with someone suffering?
SHARE THIS STORY