“What’s Wrong With That Boy?” 6 Tips for Talking to Your Kids About Disabilities 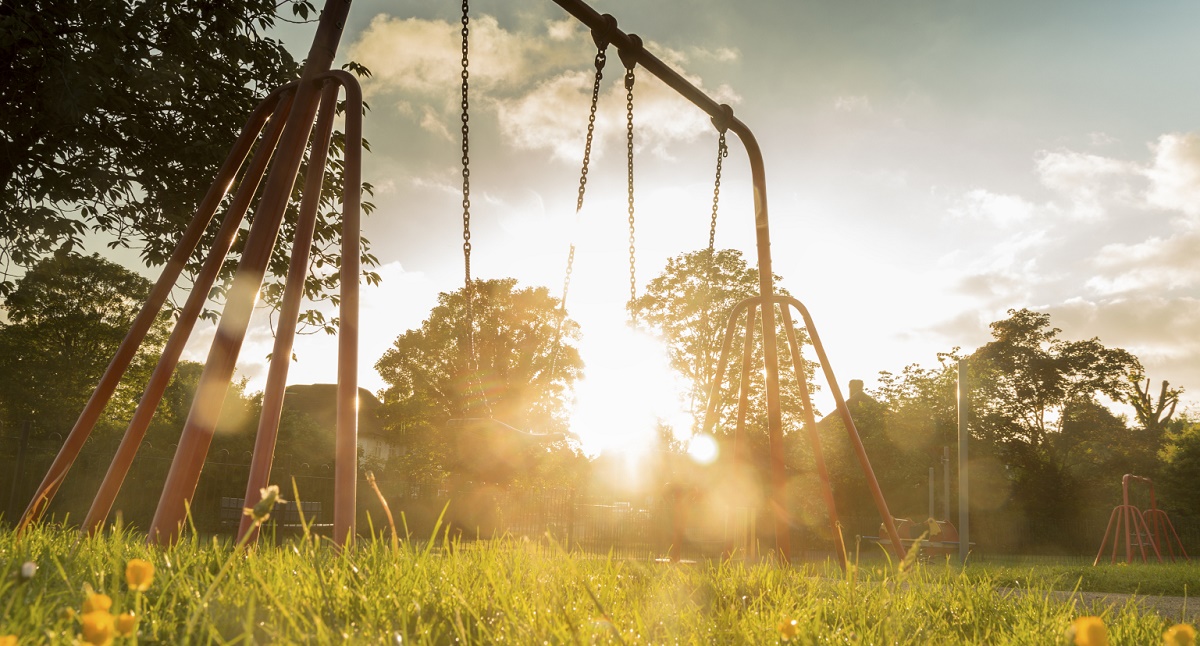 “Daddy, what’s wrong with that boy?” the little girl asked. I knew she noticed my son Joey, an amazing little boy who just happens to have Down syndrome. He also developed alopecia a few years ago, leaving him with no hair — a look he owns fabulously, but that draws more than a few stares. I turned with a smile, happy to help answer her questions, but the dad turned uncomfortably away before shooing his daughter to a different part of the playground.

Honestly, for most of my life I have been very uncomfortable around people with disabilities. In fact, until recently, I would have gone out of my way to avoid someone who looked or acted different because of a disability. If my small children had pointed out the differences by asking questions, I would have been horrified! Now, though, I am on the other side of the fence. Six years ago, I was blessed with Joey, and he has taught me a lifetime’s worth of lessons already.

Parents often ask me how to talk to their kids about disabilities. Even more often, I hear the hushed conversations around us at the park, the zoo, and the grocery store. I want to hug every curious child and every well-intentioned parent.  I want them to know their questions are OK. Better than that, they are good. We should ask questions and start a dialogue instead of avoiding and allowing confusion and fear to grow. 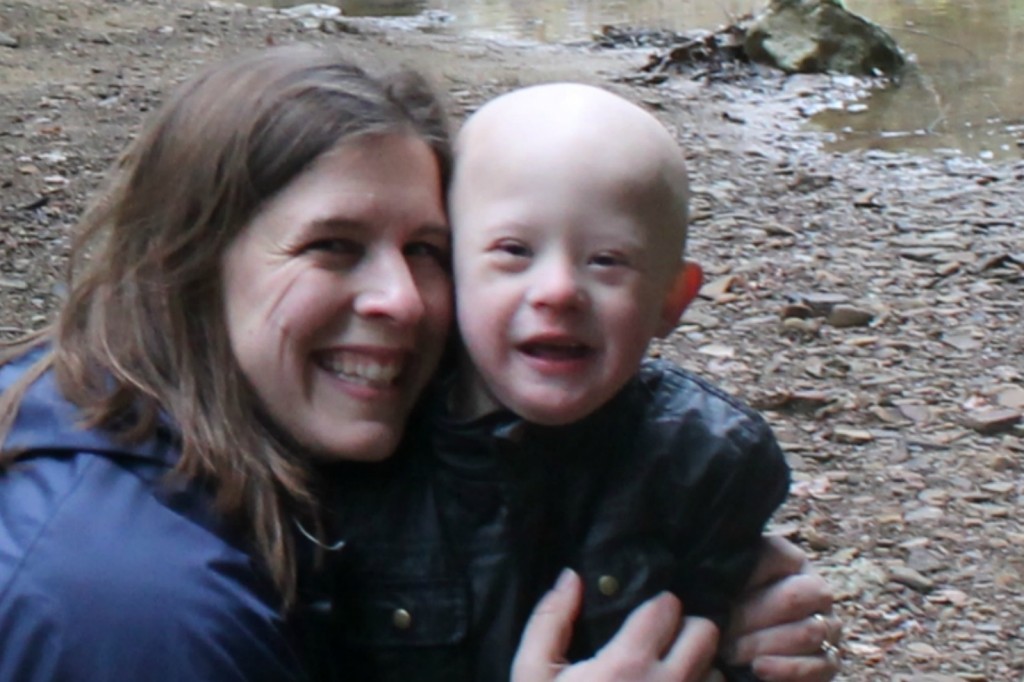 Here are six ideas to keep in mind the next time you talk to your child about people with disabilities:

Kids with special needs are different, and that’s not a bad thing.

It is easy for us to be uncomfortable around people or situations that are “different.” Often we think it’s best to pretend the disparities don’t exist, but this doesn’t serve anyone. In fact, it devalues my sweet boy and confuses your child. Instead, let’s talk about them in a respectful way and see what we can learn.

Some differences are just, well, different. For example, Joey is bald and has almond-shaped eyes. That is unusual, but he looks super cool with his bald head. And if you look closely, you’ll notice everyone’s eyes are distinct from each other.

Other differences may point to a relative weakness or strength. Joey’s extra chromosome makes it harder for him to learn as quickly in school as other kids might; but he is also very sensitive and loves to make people smile. “So,” you might encourage your child, “you could help Joey learn how to write his name, and maybe he can show you some fun ways to cheer people up when they are feeling down!”

Kids with disabilities are also the same as other kids.

Talk about the things your child and the child with special needs have in common: Do they both have eyes? Hair? Hands? What about things you can’t necessarily see? Do you think that little boy/girl has feelings? What do you think he/she likes to play? What kind of music might he/she listen to? Some children may have a disability, but they don’t want to be completely defined by it.

People with disabilities are not necessarily sick.

Sometimes it’s hard to come up with the right vocabulary to tell our kids about special needs. Let me gently suggest avoiding the words “sick” and “wrong”—as in, “That boy has a sickness that makes it harder for him to talk to people,” or “Something is wrong with her brain, so she can’t talk as well.” Some people are born with special needs, and other disabilities happen as the result of an accident or illness. The disability itself, though, is not a sickness or something bad. Nor is it something other kids can “catch” – an important distinction to make when explaining disabilities to children.

It’s OK to teach children the right words to talk about our differences: disability, special needs, even the names of specific disabilities, like Down syndrome, autism, etc. In addition to words like “sick” and “wrong”, try to replace the word “normal” with “typical”— as in, “A typical child might walk at 12 months, but Joey didn’t walk until he was almost 3 years old.” We know our kids are different, but comparing them to “normal” kids just makes us feel like you’re calling them “weird” or “bad.”

Also, name-calling and jokes at another person’s expense (whether or not that person has a disability) is not acceptable. In fact, words like “retarded” are extremely hurtful, whether you are using it as a direct slur at a child with special needs or using it as slang (“That test was so retarded!”).  According to r-word.org, “‘retard’ and ‘retarded’ have been used widely in today’s society to degrade and insult people with intellectual disabilities. Additionally, when ‘retard’ and ‘retarded’ are used as synonyms for ‘dumb’ or ‘stupid’ by people without disabilities, it only reinforces painful stereotypes of people with intellectual disabilities being less valued members of humanity.”

It can be hard to change the words we use without thinking, but it is worth the effort. For more information about the drive to “Spread the Word to End the Word”, visit r-word.org. They even have helpful suggestions of other words you can use in your everyday conversations!

It’s OK to ask questions. (And if you don’t know the answer, ask me!)

Kids are naturally curious, and that is wonderful! Don’t feel like you have to shush a child who asks questions about disabilities. If you don’t know the answer, that’s OK too! Don’t put all of the pressure on yourself, but feel free to pass the questions on to the child’s parent. After all, it’s no secret that moms love to talk about their children. Please ask us! We would love to help bridge the gap between our kids and yours. Also, remember when I asked that we avoid using words like “sick” and “wrong” when talking about people with disabilities? Well, that rule doesn’t really apply when it’s coming from a little one. I fully expect kids to ask questions like “What’s wrong with him? Why can’t he talk like me?” They don’t have the right words yet, and that is fine! I will be happy to help them learn.

Many kids’ shows have an episode or two about kids with disabilities, such as the “Daniel Tiger’s Neighborhood” episode titled “Daniel’s New Friend”, available here, as well as on Hulu or Google Play. Sesame Street routinely features children with disabilities as well.  Many great books exist in a variety of reading/age levels. I personally like “We’ll Paint the Octopus Red” by Stephanie Stuve-Bodeen and “My Friend Isabelle” by Eliza Woloson and Brian Gough, which both deal with Down syndrome but can open a discussion to disabilities in general. The University of Wisconsin at Oshkosh has a fabulous bibliography of books on different types of disabilities.

Parents, great work for addressing this topic with your kids and wanting to do it well. Can I leave you with just one more tip for you, though? The best way to teach a child something is to model it for them. If you see a child with special needs, smile and say “hi.” Talk to the parents. If you approach the parents in a comfortable and friendly way, it is much easier for your child to do the same with their son or daughter. In the end, we all want the same thing: to be seen and valued. Isn’t that a lesson worth teaching every child?

Katy Epling is a writer and speaker who loves Jesus, family, Gilmore Girls, and chai tea lattes. She and her husband Jon live in Northeast Ohio with their three amazing children, Grace, Matt, & Joey. She blogs about parenting, faith, and more at katyepling.com. Follow her on Facebook and Twitter.