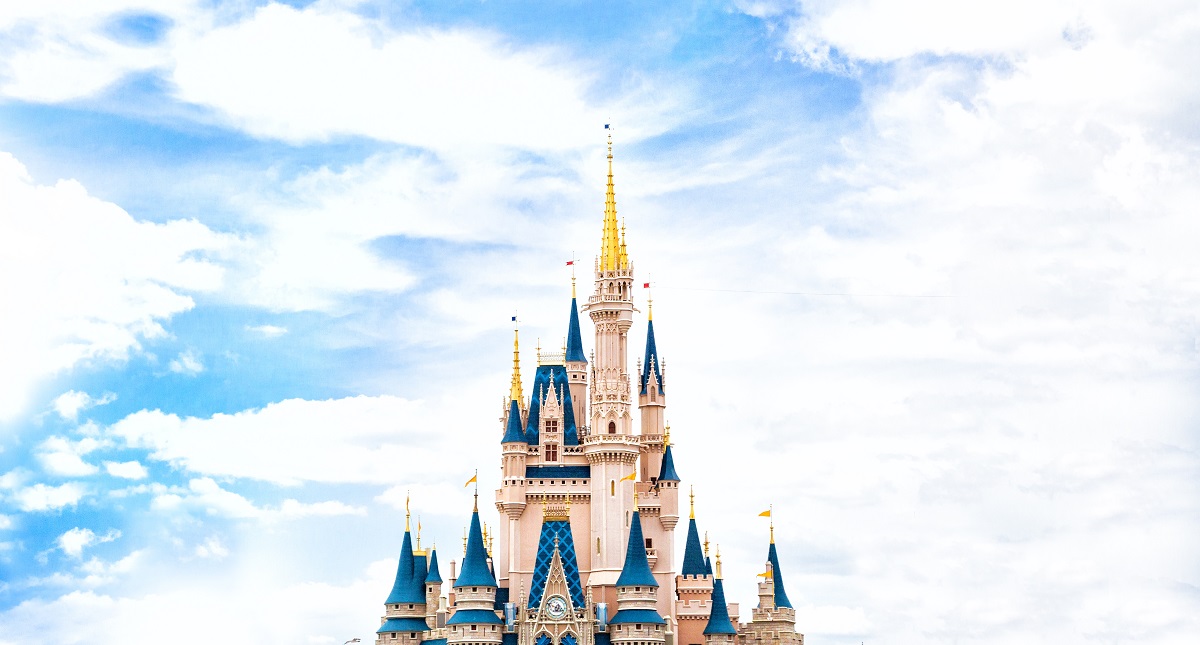 On this summer day, let your mind wander and imagine the castle at your favorite Walt Disney theme park: The one you have visited (maybe four times) or the one you hope you will. Can you see the turrets standing tall against a cotton candy sky? Are there flags fluttering in the breeze? And popcorn. Can you smell the popcorn as you make your way to the castle gates? (There may be a better aroma than Main Street popcorn, but it has to rank in the top five. At least for me.)

Until a few years ago, I called Disney home. Walt Disney World, the Team Disney building in Burbank and Euro Disney (now Disneyland Paris) became homes to me during my 30-year career at some of the happiest places on earth. The castles at Disney theme parks are among my favorite sights, and the popcorn is still part of my personal food pyramid.
Like you might have been, I was introduced to Walt Disney World at a young age. We actually took our first family trip there just weeks after it opened. To that point, most of our vacations were enjoyed closer to home in trips to our family farm, summer camps or impromptu tent sleepovers in the backyard. But this vacation was a big deal. We celebrated Christmas at Disney World. Could there be anything more thrilling for a child (or possibly more overwhelming for a parent) than waking up Christmas morning to presents in a hotel room and the prospect of spending Christmas Day in the Magic Kingdom? (Let me answer that. Um … no.) So thrilling, in fact, that my three siblings and I started pestering our parents about a second trip even before we’d unpacked from the first.

That first Disney vacation started it all for me. Not just a fascination about working at Disney, but an appreciation for experience of vacations – the planning, saving and dreaming for one every bit as much as the actual enjoyment of it. Without realizing it, as a child I was living the mantra, “It’s not just the destination, but the journey that counts.” Based largely on those early family vacations and the planning for them, I fell in love with the before, finding that the afters are more satisfying when you’ve paid attention to the before. I came to appreciate that in the planning of an adventure I could enjoy a vacation even before I left home. In fact, I’ve even planned some trips that I never took and still enjoyed them!

Vacations call us away from home and out of our comfort zones. We explore the unfamiliar. We eat new foods and we smell new smells. Disney imagineers understand that. They know the human nose detects between 4,000 to 10,000 unique scents. Disney imagineers also know that unlike our other senses, smell is hard-wired to our brain and not dissembled or remixed. It travels a short path to the area of the brain that handles emotions. That’s why smells – like Main Street popcorn or the musty gunpowder smells of the “Pirates of the Caribbean” ride, transport us to a time and feeling of our most magical moments.

But sights, sounds and aromas are not the sum total of vacation magic. On most vacations, we move out of the familiar with someone we love by our side. Nothing connects us to someone else like shared discovery and adventure. Walt Disney said he wanted Disneyland, his first park, to be a happy place “where adults and children can experience together some of the wonders of life, of adventure, and feel better because of it.” And whether you’ve been to a Disney theme park a dozen times, or you’re actively saving for a visit now, you have a thirst for this kind of shared adventure. I believe we were created for it. And nothing stands in the way of you experiencing your adventure now. Today (even without a Park Hopper ticket).

Don’t wait for a Disney-sized vacation to begin enjoying a shared adventure. With a child by your side, you can explore an unfamiliar park in a nearby community. Or hunt down a drive-in theater, slip your kids into their PJs and let them eat their weight in popcorn until way past their bedtime. Throw down a blanket in your backyard and watch the stars put on their own fireworks show. Ignore your obligations (if only for an afternoon) and with your children, take a daytrip to Neverland.

As a mom, you’re the family’s keeper and chief dispenser of pixie dust. This summer, give your kids a liberal sprinkling of it, and as you do, capture a little for yourself. Linger awhile to consider where the sights, the smells and the memories of where you have been might be calling you forward, further into the life-long adventure called motherhood to the discovery of something more; something magical, to be sure, and something real and true – the happily ever after meant for you. The one that you can live today.

Read more in Jody Dreyer’s upcoming book, Beyond the Castle, a Guide to Discovering Your Happily Ever After. Co-written with MOPS Mentor, Stacy Windahl, and published by Zondervan. Pre-order at BeyondtheCastlebook.com.