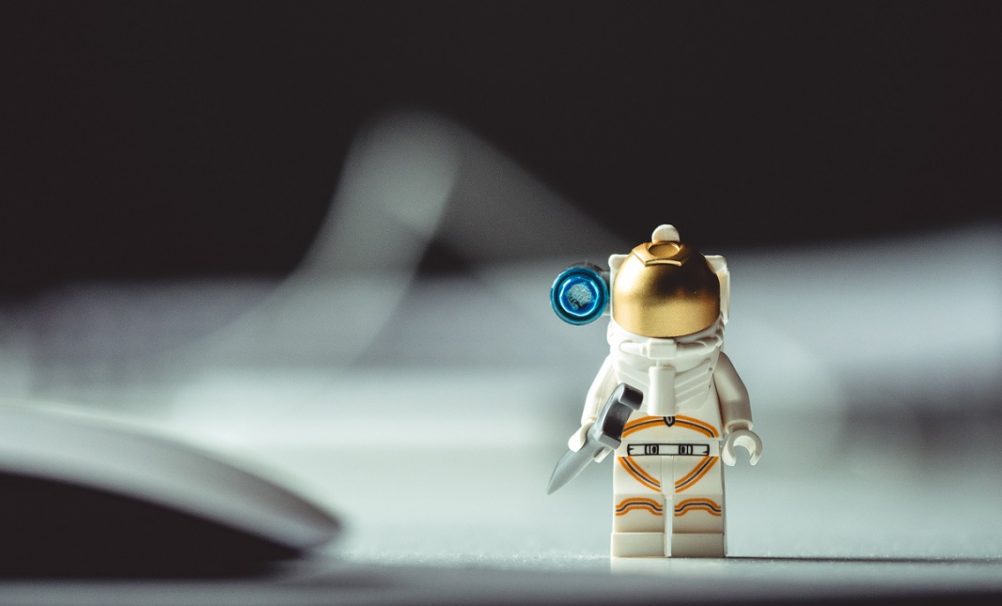 Imagine for a moment you are holding the hands of your children, standing in a wide open field. Now imagine that a 30-second countdown clock begins, and at the end of that countdown, that day will become either one of the highlights of your life, or the worst day of your life, and you’re not 100% sure which way it’s going to go. This is just a taste of what it’s like to be an astronaut spouse, as you watch your best friend, the father or mother of your children, blast into outer space. It’s an intensely stressful and emotionally overwhelming experience. So overwhelming in fact, that if you didn’t have your children there to be brave for, I think most would be tempted to sink to the ground and let the moment overtake them.

Like with many of the experiences that come with being an astronaut spouse, the emotions attached to a rocket launch are a complicated mix. Pride, excitement, elation, nervousness, worry and palpable fear all swirl together into an emotional cocktail that makes it impossible to answer the dreaded question: “How are you feeling?” Each rocket launch is an amazing accomplishment for the international space program, while at the same time representing the best, and worst, of the astronaut family life. That epic moment, captured on film and treasured forever by every astronaut family, is just the beginning of what will be a long, often taxing, and always relationally complex period of family separation.

Living with a spouse in space is often compared to a military deployment, and while there are many similarities, the differences are stark. Having experienced both, I can testify to the analogous pressures of single parenting, the struggle to have quality conversation and maintain meaningful connection with the absent spouse, and at the end of the mission, the awkward reunion of two people who have lived connected, but vastly different, independent lives for an extended period of time. Where the most dramatic difference between space and combat deployment emerges is in the public nature of the astronaut persona and the exciting and mysterious nature of the space environment. Unlike in combat where the most dangerous missions are shrouded in secrecy and the world may never hear the details, the riskiest moments for an astronaut are the very ones that are live-streamed on the internet and cable television for the world to watch, with a narrator providing color commentary. Every launch, landing and spacewalk is executed so well and negative outcomes are so rare, we often forget how inherently dangerous this work is. Undercutting the ease of watching my husband, Drew, float in space from the comfort of my own living room, is the notion that if something goes wrong, the world will be watching with me. Or, if I’m not watching it live, thousands of strangers across the globe may know about Drew’s minor trouble or major catastrophe before I do. The idea that we as a family are sharing these phenomenal yet perilous moments with the world, literally at the same time as we experience them for ourselves, can be unsettling.

For while these brave men and women do the extraordinary in the vacuum of space, the mundane routine of life continues for the family back on earth.  While we may talk on the phone with our spouse as they orbit the earth at an unfathomable 17,500 miles an hour, once we hang up, there’s still math homework to help with and trash to be taken out. Astronauts may experience a sunrise and sunset every 90 minutes as the ISS circles the globe, but back on earth someone still has to make dinner, pay bills, return emails, and guide our children through the jungle that is junior high school. It’s the exhausting parenting dance that any person with an absent spouse would recognize, only there’s no coming home early from this high profile business trip. On top of it all, the space expedition experience is so unique that it can be hard for non-astronaut families to understand, which can make the loneliness for the families left behind feel all the more acute.

And yet, even with all the mixed emotions, family sacrifice, mental pressure, and often steep personal cost, each and every astronaut family supports the mission. So much so, that many astronaut families will do it all again at least one more time in their future. What keeps us at NASA is the sense of being a part of something bigger than ourselves, and the true belief in the benefit to all mankind of pushing further into our physical universe and widening the scope of our knowledge of the cosmos. But more than that, undergirding the benefits of the innovative science and emerging technology that human spaceflight enables, is the deep sense of hope embedded in the spiritual heart of space exploration. Space exploration forces humankind to continue to look forward into the future, regardless of what mess we find the world in today, or the shadows that threaten to drag our countries into the past. With the Artemis program, we will return to the moon and then take the giant leap on toward Mars, in spacecraft engineered by our generation, but they are not endeavors for our betterment. These ambitious enterprises, once fully realized, will serve the generations long after ours. It will be our children’s children who look back and marvel at the scope of our imaginations, what we were able to build given our relatively limited technology, and in the case of astronauts and their families, what we were willing to sacrifice on their behalf.

So next time your child wants to read a book about our brave astronauts or watch a video about our future colonies on Mars, sit and join them. But go one small step further –  take a moment to think about the astronaut families who do their part, in their own way back at home, to make those fantastic space exploration fantasies a reality. Then join us, as together we gaze upward toward the stars, putting aside for a moment the daily grind of our present day life, and imagine the world our great-great grandchildren will live in both on, and off, this planet.

This was originally posted on the Houston Mom Blog.

Stacey Morgan is a MOPS leader and member for over 16 years. She is married to NASA Astronaut Drew Morgan and together they have four children. You can learn more about Stacey on her blog: YearOfStacey.blogspot.com and follow her on Instagram @StaceyMorgan2000.