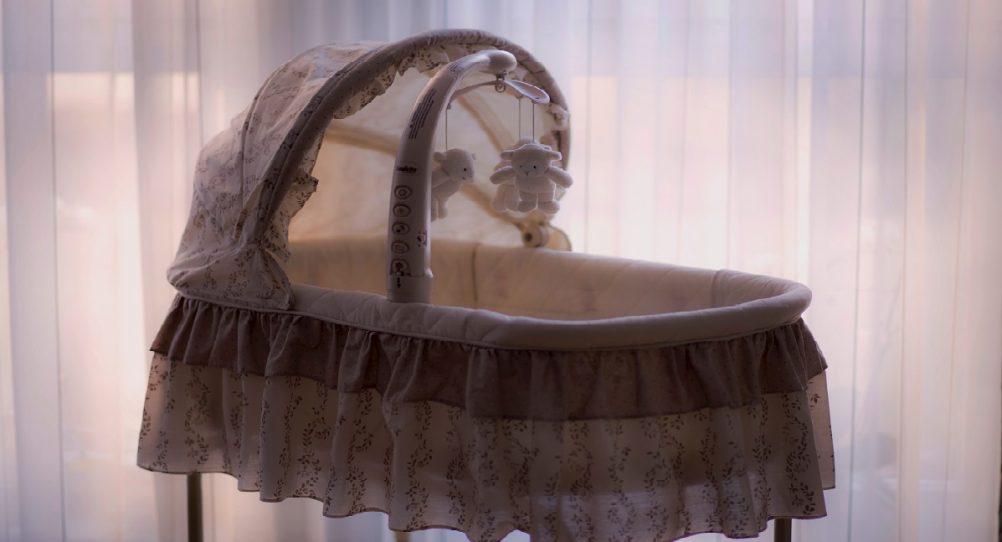 For the last four months, I have awkwardly danced around a swivel bassinet multiple times a day. Against my better judgement, I lugged it upstairs by myself around 36 weeks pregnant, while my husband was at work. I was hopeful. Expectant. And honestly, quite desperate to go into labor. Suffice to say, there wasn’t much I wanted as much as I wanted to not be pregnant. This was my third, and most challenging pregnancy, and I did not savor it. This wasn’t the first time I’ve wished away a season.

My daughter was the first one to sleep in the fancy bassinet. We had spent that pregnancy full of anticipation for our daughter. Pink bows and tutus lined her closet, along with every article of clothing labeling her a little sister. I thought back to the newborn days with our son, days full of snuggles and naps together and imagined it would be another round of the same love. But my daughter came into our lives like a wrecking ball. She rarely slept, and maybe once in that bassinet. Most of our nights were full of screams until 2 a.m., for months. I rocked her and swayed her, shushed her gently and cried endlessly. I was heartbroken for what I wanted, and growing increasingly bitter toward what I had.

The bassinet was quickly relegated to the garage; it was taking up precious floor space that would be better used for the small circles we would pace night after night. I took on a “grit my teeth and bear it” attitude. Squeezing my eyes tightly shut, wishing for the day to come when everything would change.

People often associate depression with being really, really sad. To me, postpartum depression mostly felt like numbness with occasional times of overwhelming anger. I often didn’t know where to place my anger, so it would leak out in weird places: reacting irrationally to my toddler, taking offense to ridiculous things toward my husband, isolating myself from friendships. The memories of my first year with my daughter was fuzzy. Thankfully, there are a few things cemented in my memory: the night when she laughed for the first time, and the night I forgave her.

I know that sounds a little ludicrous. Forgive an infant? For what? For being an infant? I mean, yes, mostly. I had confessed to precisely three people that I was struggling with postpartum depression. My husband, my therapist and one friend. My friend was kind in response to me and thoughtfully asked if I had considered forgiving her. The process of figuring out how to forgive myself had started, but I had not considered the process of forgiving her.

The night I forgave her had been a night much like the eight months before. Four hours of screaming and nursing, and screaming and nursing as I held her and cried with her, until her body succumbed to exhaustion and she finally stayed asleep. I instinctively turned toward the door, my body slumped in defeat, but something stopped me. The words rang in my ears, “Have you forgiven her?” I turned back toward the crib and stared at the baby asleep. My slow drip of tears turned into heavy sobs as I continued to watch her. I whispered over her how much I loved her and that I forgave her. It wasn’t until that weight lifted that I had even realized the weight of resentment I had toward a tiny baby. I walked out of her room that night changed. My PPD wasn’t magically gone, but I had made some serious healing progress in those moments. As I was learning in therapy, it wasn’t my fault. I also had to learn it wasn’t hers either.

That night was a turning point. She wasn’t any easier, but I loved her a little more freely. There was still lots of gritting teeth and eyes squeezed tightly shut, but I felt more hopeful. Looking back, that season was painful for both of us, but short. It ended abruptly, and the life that has developed out of it is good.

Everett joined our family two weeks later. After a few nights of sleeping on my chest he made his way to that fancy bassinet next to me. I found myself staring at him more often, ogling his tiny sweetness more and more. He didn’t sleep well for weeks, but I gritted my teeth less and tried to smile more. He outgrew the bassinet much faster than I had hoped, filling it with his chubbiness and his sweet sleepy grunts. It was time to move him to his crib. But that bassinet stayed in our room. You know. Just in case he needed to come back. Just in case I needed him to come back. But he hasn’t.

We did move the bassinet from our room to his, still unable to bring it down the stairs. We tell ourselves it’s because it’s big and heavy and we haven’t had the energy. But I know that’s not why. I know it’s because if it goes down those stairs, the chances of it coming back up are slim. And we both acknowledge we’ve had about enough of the tiny newborn days, yet we don’t want to see them fully gone. So the bassinet is still upstairs. Maybe for a few more days, maybe a few more weeks. However long, I’m holding on, and maybe for the first time, consciously deciding to not wish away a season. 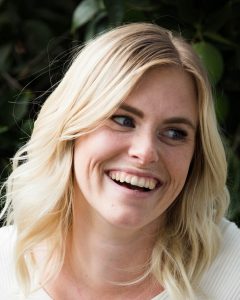 Arianna Musgrove is a wife to her best friend, and mama to three wildlings. Together they live in Northern California, pursuing God, family and community together.