The Day I Named What I Wanted 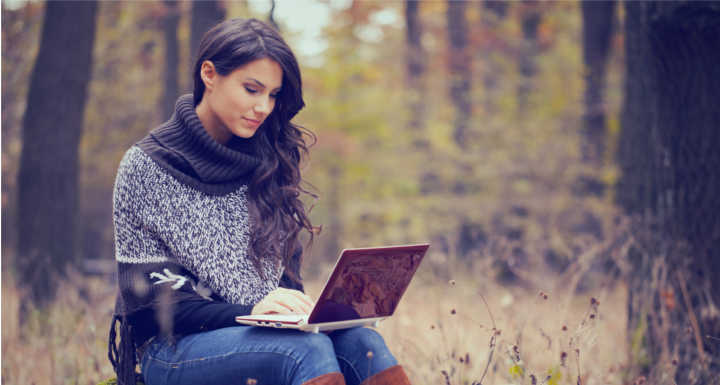 It was just a few months ago, typing away in a private Facebook group for an online class, where I used this phrase, “I am a writer.” Our instructor had challenged us as a group to claim the title, writer. For many of my fellow cyber classmates I appeared to have the needed resume, I’ve had a book published, for crying out loud, but I still questioned whether “writer” fit me. “You write,” the instructor said, “why wouldn’t you call yourself a writer?”

A loaded question because the answer had so many layers of self-doubt. Mostly centered around what others thought of me. What if other people don’t think I’m good enough? Just because I spend hours of my life working and reworking words on a laptop, doesn’t a writer make? What if they find me a bit on the pathetic side for even considering such a label? I’m not really sure who these “other people” were but I was giving them, and my conjured up doubts on their behalf, lots of power.

I didn’t have to do much introspection to know the deeper layer to my hesitation in the matter: I’ve always been afraid to say what I want in fear I might get rejected. I may know my desires, but as soon as I verbalize them to someone else, there’s the chance of public failure and embarrassment. I’d much rather private failure, thank you very much. Where I can hide in my own hurt and grief when things don’t work out as I’d like. And claiming “writer” was as much about what I wanted as what I’ve already done.

When I was dating my now husband I refused to talk about the possibility of marriage until he was down on one knee. Because what if we had some honest conversations, I got my hopes up, and instead he left? Had we broken up I would have been devastated either way, but had I verbalized what I truly wanted, his promise to be next to me until the ends of my days, I would have been extra humiliated. At least that’s what my self-doubt told me. Probably not the wisest move on my part, you know not talking about marriage until he proposed, but I wasn’t operating out of wisdom, I was operating out of fear.

I’ve seen that pattern play itself out over and over in my personal and professional life. Believing if other people want me to do something – they will ask. If I’m deserving of something it will materialize. By taking my voice out of the equation, I was letting myself off the hook a little, because then I didn’t have the responsibility to make it happen either.

So back to the challenge of calling myself a writer. I realized my fear was keeping me from using a simple term determining who I am made to be. I have been created to be lots of other things too, but writer is certainly in the mix. And by using it, I’m not just falling back on the body of work that confirms the title; I’m saying this is what I want.

Maybe, okay, likely, not everyone will want to read what I write. But that was not the challenge the instructor put forward. The challenge was to name who I believed I was, I am. And today, I am Alex, a writer.