The Kind of Friend I Want My Kids to Be 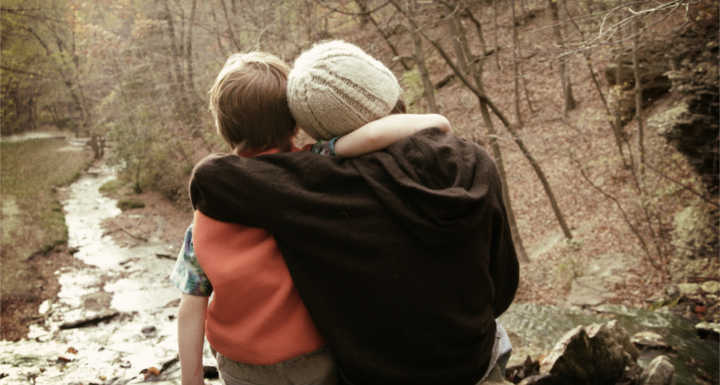 The Kind Of Friend I Want My Kids To Be

I had one goal when I was young.

I wanted to be cool.

I think every kid has that dream, but for this pastor’s kid with the permed bangs, braces and second-hand clothing, it was pretty much a fantasy. Still, I tried. I doused myself in Exclamation perfume and saved up my allowance for Thrifty’s jeans and Club Monaco sweaters and eventually I got asked on a date by one of the cool boys. It felt like I’d won an Oscar.

But as I sat with him in his room full of basketball posters and half-dressed women; as I went with him to a bush party where everyone but me drank and passed around a drag, something happened inside this 17-year-old’s heart.

Compassion. It blossomed within me like the brightest flower, and I saw my peers not as commodities to be added to my shelf like ornamental prizes, but as people with bleeding hearts who desperately longed to belong.

This isn’t to say I stopped wanting to fit in. But I stopped seeing it as a right. I began instead to explore who I was, because I’d seen who others were. And I began to express my artistic soul through hippy clothes and long hair versus trying to please an invisible code which satisfies no one.

My sons are only three and five, but they wear second-hand clothes. They don’t know it yet. They will one day, and as of this March, I’ll have a daughter. She’ll notice sooner than my sons, no doubt, and I’m already preparing myself for the adolescent angst of longing desperately to be “in,” because overnight, childhood somehow becomes like a pair fluorescent tights — no longer socially acceptable.

But I pray before they reach that moment, God will have planted within them a seed of compassion. I pray that somehow, through the fog of Facebook and cyber reality, through media’s shallow trends and peer pressure which starts on the kindergarten playground, that their hearts will remain soft enough for the seed to be planted.

Because if He does, then no matter the bush parties and the Club Monaco sweatshirts and the romantic relationships, something bigger will be growing within them. That seed will begin to sprout—and as it pushes up through the soil of our children’s hearts, it will cause the surface to break and for love to pour into those cracks.

And in viewing others’ brokenness, our children will long for a perfect friend — one who never back-stabs them or dumps them for someone with fancier toys. This can inspire them to be the kind of friend they seek. To care for the broken-hearted and the lonely; to see everyone as not a rating between 1 and 10, but rather, as a soul.

There is no brighter flower than that of compassion.

It’s a bloom whose fragrance fills the centuries. And it’s what I want for my children more than any kind of accolade or status symbol.

A broken — and beautiful — heart.

Emily T. Wierenga is an award-winning journalist, blogger, commissioned artist and columnist, and the author of five books including the memoirAtlas Girl: Finding Home in the Last Place I Thought to Look(Baker Books). All proceeds from Atlas Girl benefit Emily’s non-profit,The Lulu Tree. She lives in Alberta, Canada with her husband and two sons. For more info, please visitwww.emilywierenga.com. Find her onTwitterorFacebook.

What value in friendship do you most want your children to learn?
SHARE THIS STORY