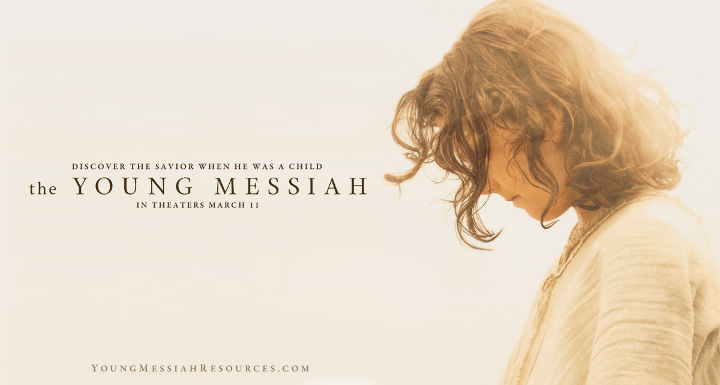 As a woman and mother, I have wondered, “What was life like for Mary, the mother of Jesus?”

An unwed woman – a virgin – suddenly expecting a child. A teenager told by an angel of light that she would bear the son of God. A very pregnant newlywed travelling uncomfortably by donkey to a small town alongside her husband – a man who would bear the responsibility of raising a child he did not father. 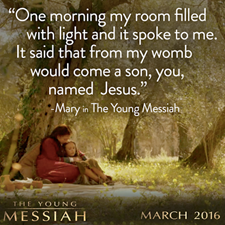 It’s a story worthy its own reality show, if there had been cameras in Nazareth back then.

When I was offered the opportunity to review the film The Young Messiah, I was excited to be part of the project. Because of the subject matter, film portrayals of biblical history and events are sometimes heavy and laden with tragedy; it’s hard not to be moved to the depths of sorrow by Jesus’ death on the cross, and it is painful – even gut-wrenching – to engage with this story onscreen. By contrast, The Young Messiah is about the childhood of Jesus. There are moments of fearful tension and violence as the story unfolds, but the film is also filled with tender moments between mother and son, and ends on a note of hope and potential (*spoiler alert*): young Jesus is not aware of the fullness of his mission in the world, but he knows he is the son of God, and has been sent for a purpose.

I love movies of all kinds, but as the mother of young children, I don’t get out much. I’m guessing you can relate! On the rare occasion I make it to the theater, I am guilty of choosing films that provide an hour or two of escapism – not always thoughtful movies that leave me better or ask me to dig deeper. This movie engaged me emotionally in a way that left me pondering, and gave me a richer view of what Jesus’ childhood may have been like, as well as insight into Mary’s feelings as his mother.

My daughter is seven years old, as is young Jesus as the film opens. There were many moments I watched Mary suffer over what to tell Jesus and what to keep from him, and I felt her pain. At one point in the film, Jesus takes it upon himself to sneak out in the middle of the night to go to the temple in Jerusalem; he is seeking answers, but this visit has been deemed unsafe by his parents. I remember the solo trip around the block my very young children once took without my knowledge or permission, and how desperate I was to find them. It is fascinating to be reminded how very human Jesus was. This film makes the knowledge that God sent his only son to experience frail humanity that much more meaningful.

The word I would most associate with my experience viewing The Young Messiah is understanding. No one knows exactly what life was like for Jesus and his family during his time on earth, and the film makes use of creative license in sharing Jesus’ story; I was moved to understanding by the onscreen portrayal of this child – a boy born of lowly circumstance who came to save the world. The poignancy of this story, and the reality of Jesus’ humanity and eventual sacrifice, make this a film worth seeing.

Liz Sagaser writes for pleasure & purpose for MOPS International, edits, coaches budding writers and raises two kids, a cat, a dog, saltwater fish and a tiger salamander together with her husband in the Black Hills of South Dakota. You can laugh out loud at her perspective on mothering, housekeeping (ha!) and life atwww.alicegoestomotherland.com.