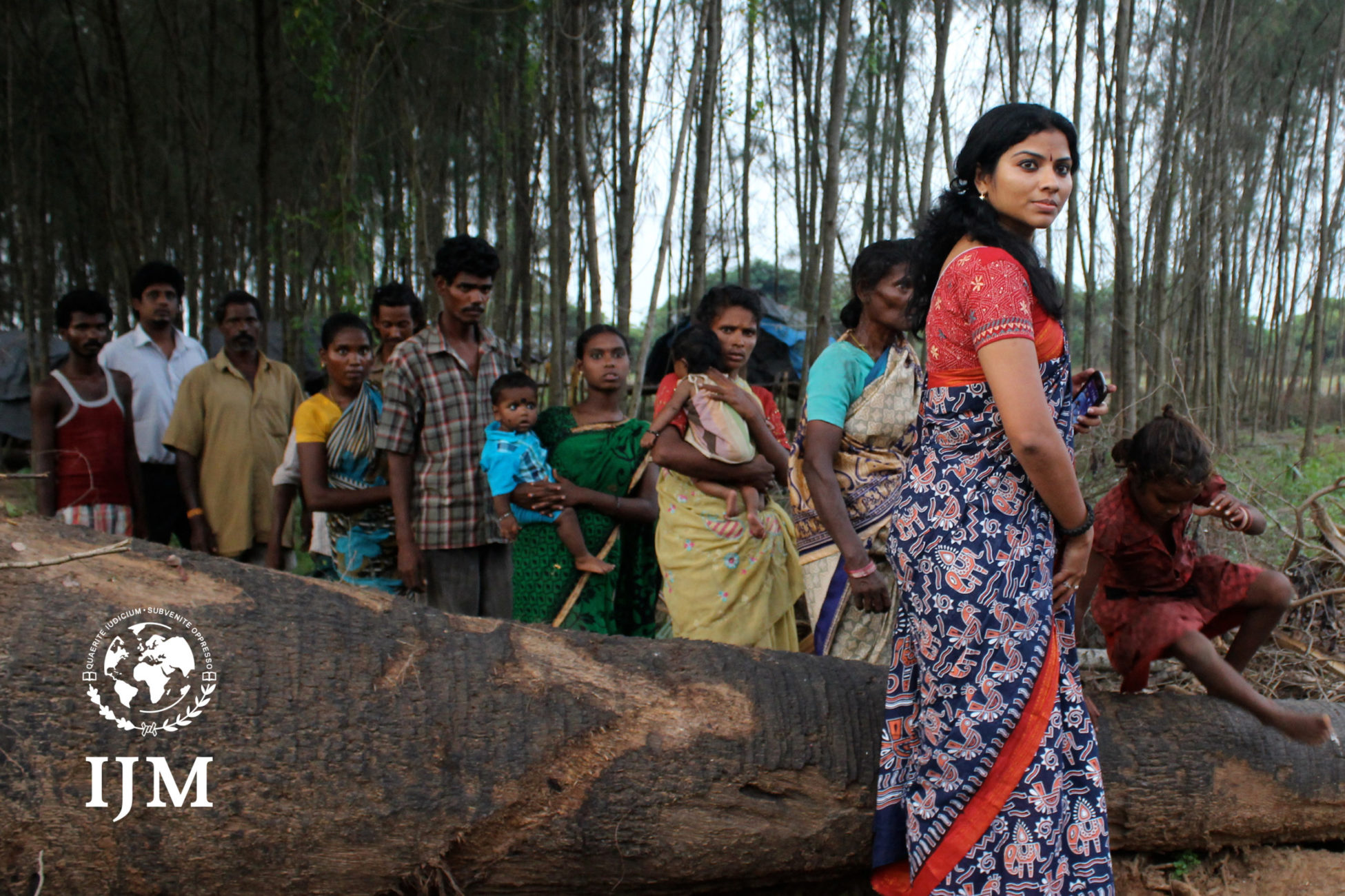 This Justice Mama has helped rescue more than 10,000 people from slavery, and she’s speaking at MOMCON!
Imagine being forced to work to pay off an unsurmountable debt by baking bricks in the scorching sun—with your little ones toiling alongside you. This was reality for dozens of moms and families lured into forced labor slavery in India. But as Justice Mamas, we know it doesn’t have to be.

These families worked 18 hours a day in dangerous conditions and survived on less than $1 a day to feed their children. They didn’t choose this life – they were tricked.
It’s a common tactic to lure families into slavery by offering a small advance payment. For moms living in poverty, desperate to feed their children, this offer is sometimes too good to pass up. Once the offer is accepted, they are enslaved and forced to work in awful conditions.

This is what happened to 40 people at a forced labor camp in India. “I thought I was going to die here,” said one of the enslaved moms. She was caught in an impossible situation. If she tried to escape with her family, she would put her children at risk of being beaten and abused. If they stayed, her kids would remain without food, education, and proper shelter.

Like a typical mom, this woman would do anything to give her children a fighting chance at a better life. That’s how she was tricked in the first place. Now, her children wouldn’t have a future unless someone came to rescue them.
Thankfully, rescue was on the way. Anu George Canjanathoppil, along with a local team of officials and law enforcement, made their way towards the forced labor camp. After six years of abuse, forced labor and inhumane working conditions, these 40 women, children and men were mere moments away from freedom.

When Anu and a team of local officials arrived, the slave owners were confronted and held accountable for their actions. The fake debts were cancelled and every single person was able to reclaim their freedom!
“They were just waiting to be rescued,” Anu said, adding that, “Anyone who would have seen their agony and desperation to get out of that place would have been so compelled to rescue them.”
Following the rescue, Anu worked with local agencies to help the survivors receive the crucial support they needed to reclaim their lives.

Since then, Anu has helped rescue thousands more people from forced labor slavery. Today, she is the CEO of IJM Canada and continues to fight for freedom on behalf of all those crushed under the weight of violence and slavery.
Anu is also a Justice Mama just like you with two beautiful twin girls! And she’s coming to MOMCON to share more of her powerful story with you. You’ll hear firsthand from Anu why being a mother and fighting for justice go hand in hand, and how you can join her in bringing freedom to families all over the world.

We can’t wait to see you at MOMCON!