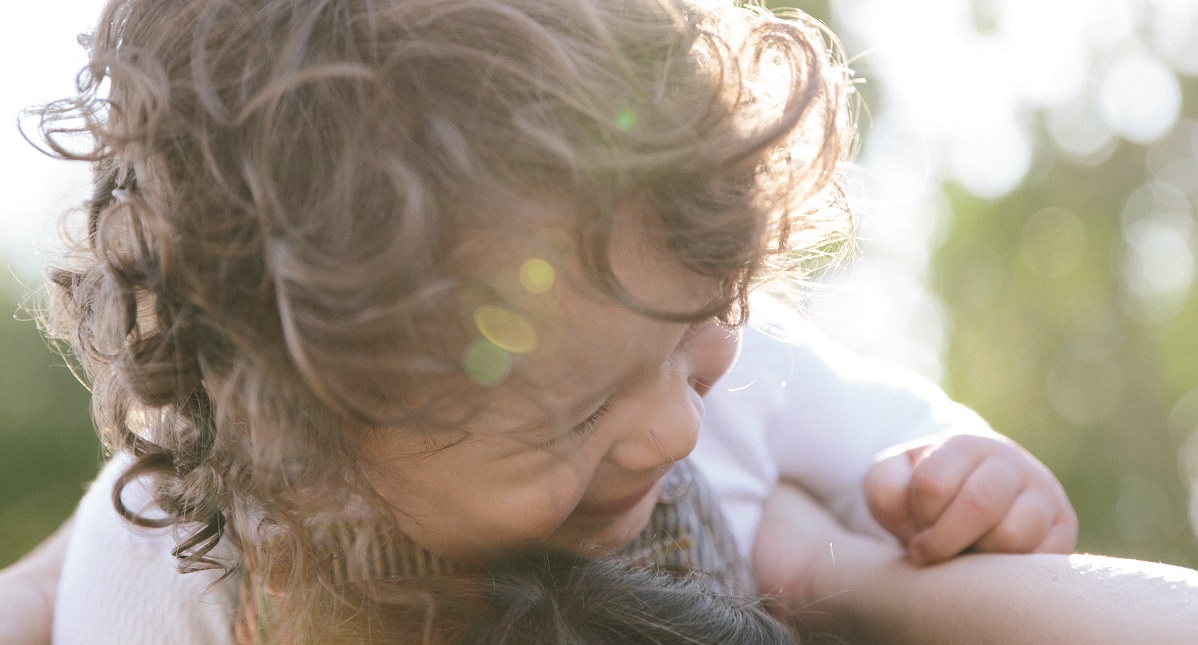 It was rest time at my son’s kindergarten and the teachers diligently prepared the beds for the children, placing their sheet bags (brought from home) on each bed. When my son emptied his bag he was perplexed to find something in addition to his sheets. “Mrs. Lane, Mrs. Lane – there’s something on my bed and I don’t know why it’s there,” he said bewilderedly to his teacher. When his teacher came over to investigate, apparently a smile spread across her face. “Well, Mommy will be pleased.” As it happened, the confusing object on the bed that had fallen out of my son’s sheet bag, was nothing other than … a pair of my underpants.

When my mother picked up my son from school, she relayed the story to me. I was mortified. Honestly, the whole thing wouldn’t have concerned me as much if my underwear had been pristine and lovely. But sadly, three pregnancies and the rigors of stay-at-home parenting meant maintaining my underwear drawer had been very low on my list of priorities. The thought that my raggedy underpants had been displayed in front of my son’s kindergarten teacher – a woman I had to face morning and afternoon for many months to come – was horrifying to say the least.

What I needed to know most was which pair of my underpants had fallen out of the bag? Everything hinged on this. Were they disgustingly worn and torn? Or were they – please, God – presentable.

I questioned my son with the intensity of an FBI agent.

“What color were they?” I asked him.

Well that’s a relief. My pink undies are fairly new and in pretty good condition.

At that point, I took him straight into my room and showed him a pair of identical pink ones from my drawer. Sure that the answer would be yes, I asked him, “Are these the same as the one in your bag?”

I had a sinking feeling in my chest. The only thing left to do was dump my full drawer of underpants all over my bed to investigate. My heart beat faster as I noted that a few pairs of disgustingly worn and should have been thrown-in-the-trash-years-ago underpants were missing. There was one pair in particular that I couldn’t locate. They were the ones I had worn through pregnancy after pregnancy because they were so big and stretchy and comfortable. Comfy? Yes. Suitable for general exhibition? No. My mouth went dry as I realized that particular pair had a pink (albeit faded) tinge to them. I continued to madly search my drawers and the laundry, but my worst of the worst underpants weren’t there. There was only one place they could be … kindergarten. Without a doubt they were the oldest, most shapeless and tattered looking underpants that I owned – that I have possibly ever owned. And now my son’s teacher had seen them.

Imagine my embarrassment as I did the “walk of shame” into kindergarten the next morning. I claimed the bag with the underpants, came home, put them into a large garbage bag, sealed it and threw them in the trash. Why did I seal the garbage bag, you ask? Imagine my mortification if some kind of garbage pickup spillage occurred and they were tossed onto the road in front of our house for all to see?

I am sure I will be laughing about this one day. But in the meantime, I will be doing a thorough search of every bag that leaves this house. And cleaning out my underwear drawer.

Amanda Sheehan loves writing about the lighter side of family life, including mismatched socks, sick kids and messy houses. Amanda’s work has been featured in various Australian newspapers and magazines. She lives in Brisbane with her husband and three children, ages 11, 10 and 9.

This article originally appeared in the Spring 2017 issue of The MOPS Magazine. If you didn’t get a copy and would like your own, you can subscribe to get The MOPS Magazine in your mailbox every season. If you subscribe, forward your receipt to magazines@mops.org and we’ll shoot a copy of the current issue in the mail to you for free … just because we like you.