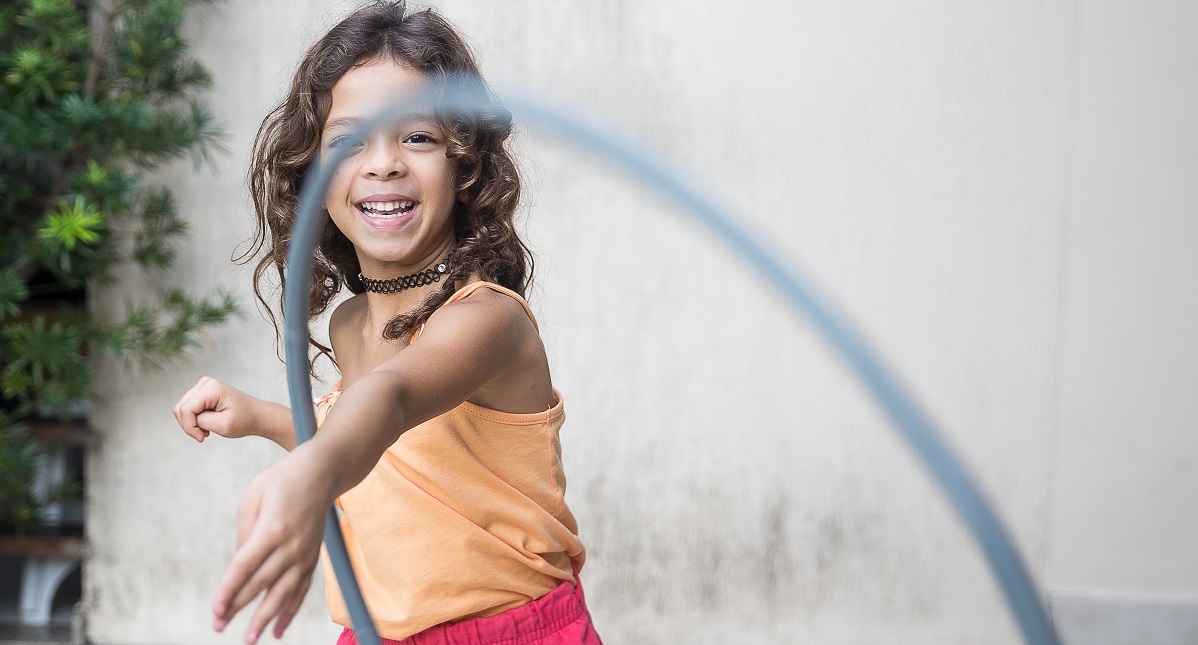 I am a former educator and children’s ministry director, a lover of books and projects and specially chosen classes. I certainly believe that our children’s minds should be stretched and their interests followed. However, I also believe that boredom is one of the greatest gifts you can give to a child.

You know what I was doing during the dog days of summer when I was a kid (and by the way, much older than five)? My four cousins and I sprawled out in Aunt Marci’s bedroom with a deck of cards, an FM radio, and a sleeve of saltines. From lunch until dinner we listened to Shania Twain and Diamond Rio while playing War, Spoons, and Kemps, which I still contest is one of the greatest card games a kid could ever play.

When we got sick of card games and were down to crumbs of saltines, we squirted one another in the face with a rubber-bunny-shaped bath toy. I realize this example makes us sound like a bunch of unsocialized weirdos, but that’s kind of the whole point. We were free. There was no one watching, no need to be “cool,” nothing else we “should” or “had” to do. Nothing to Instagram or Snapchat. No millions of activities we had to be herded to and from. We could just be. It was a blissfully lame life.

There wasn’t much to do, so we made stuff up. We built forts out of everything: trees, sheets, sleeping bags, boxes, dilapidated hammocks, and bales of hay (but not all at once). We would suck down a half dozen Icee Pops a day, fling the plastic at one another, lick the sugar dye off our hands. Mom wasn’t totally against TV, but there was only so much The Price Is Right one could stomach, so around 1:30 p.m. we’d just turn it off and find something else to do. We orchestrated a dog show, a talent show, and charged the neighborhood two dollars admission for what surely was a thoroughly amusing performance of magic tricks.

In fifth grade a group of us neighborhood girls decided to fight imaginary crime by creating a detective agency. We used old manila file folders and wrote out elaborate profiles of heinous villains. We just had nothing better to do than alphabetize the folders of imaginary Blockbuster robbers. (A little background for all you youngsters: in the past you actually had to drive your car to a store to rent a movie. Can you even imagine our lives?)

When there weren’t any friends to play with, I decided to transform our home into a library by card-cataloguing all the books we owned. (What? Not normal?) Yes, every afternoon in sixth grade, I sprinted to the basement, rounded up a big stack of books, divided them into categories, and labeled and stamped them with the date. (P.S. My husband didn’t find out about my junior-high life as a pretend librarian until after we were engaged. #sucker)

This is probably a good juncture to let you know I turned out totally normal (maybe not totally but mostly). And that’s the whole point. Those seemingly childish, ridiculous, creative, imaginative games we played because we had nothing else better to do – we turned out all right, not in spite of them but because of them.

The cold truth is, whether we admit it or not, the generation sleeping down the hall in the bunk beds and cribs? They’re a bunch of guinea pigs, plain and simple. There has not yet existed a generation who played Mickey Mouse Playhouse on an iPhone during every single doctor’s appointment of their lives. No one has yet made it to adulthood who learned to read on an iPad app or got selfie “likes” in fifth grade. A whole generation of kids is being schlepped from one traveling soccer team to afterschool tutoring to advanced violin lessons to whatever, and who in the world knows what it’s doing inside?

We just don’t know what this early stimulation does to the brain, heart, or mind. (And the little we do know is rather alarming but I digress.)

Boredom, free time, and unstructured life is that white space. It gives so many gifts to a child. It inspires creativity and creates space for real friendships. If you’re on “bored” (gosh, I couldn’t resist), there are a million and one ways to start. I won’t pretend to understand the particular inner workings of your home. But to get your wheels turning, here are a few practical suggestions:

Jessica Smartt is a former English teacher turned homeschooling mama of three. She is the author of Memory Making Mom and Let Them Be Kids. A week after her first baby was born, she began her motherhood blog “Smartter” Each Day. Jessica and her husband live in beautiful North Carolina, where she loves hiking with kids (mostly), steaming coffee in the afternoon, family bike rides, and anything that’s ever been done to a potato.