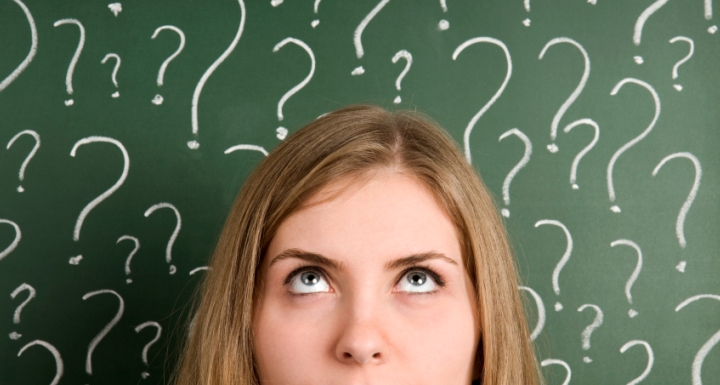 Recently my brother and his family were at a church dinner, and discovered that the woman next to them works at Roo’s school. “I know him!” she exclaimed, then turned serious. “Can I ask … why he’s bald? Is it alopecia or cancer treatment?”

He looked at her earnestly and answered, “He’s bald because his hair fell out.”

That’s my big brother—always right to the heart of the matter.

Since Roo has joined our family, we get asked a lot of questions, but they all seem to boil down to one big “why.”

“He doesn’t sleep well, huh? Is it because he has Down’s?”

“He is just so happy! Is it because he has Down’s?”

Whether I am praising or complaining, describing his newest dance moves or even relating the story of my three-year-old’s latest temper tantrum, I am inevitably asked if it links back to his diagnosis.

And here’s the answer: maybe. Certain health problems, such as the two small holes in Roo’s heart, are more common in kids with Down syndrome. And Down’s definitely has physical traits and personality traits that are often associated with it. And honestly, Roo has an extra chromosome in every single cell of his body, so it makes sense to assume that it affects everything. But maybe not. Maybe he’d be a picky eater no matter how many chromosomes he had. And maybe he’s a lousy sleeper because I was chasing after his two big siblings and didn’t set a good routine for him. And maybe, just maybe, he’s stubborn because he’s 3.

I honestly don’t mind the question — I know that it’s sincere. But here is my sincere answer: I have a little boy who is unbelievably strong-willed, who thinks that sleep is nothing more than an infringement on his play time, who loves to sing and dance, and who totally rocks a bald head. He lights up a room with his smile. He refuses to hold my hand when walking with me. Most days he won’t eat anything but oatmeal and Cheerios. And do you know why? Because that is exactly the way God made him to be.

It is easy for us as moms to get caught up in the “whys” of our children’s behavior. We might worry about traits they have inherited from us, attitudes they pick up from us, or even (yikes!) words they repeat from us. And I’m not saying that we should disregard the incredible influence that we have on our children. But sometimes we need to let go of the “whys”, because they keep us from focusing on what really matters. Did Lamb inherit my insecurities? Did Monkey get his oversensitivity from me? Is Roo bald because he has Down syndrome? I don’t have definite answers to any of those, but do they really matter? Regardless of the cause, I can’t change it. But I can move forward. I can help my kids to harness their strengths and work with their weaknesses. I can pray for them and guide them and watch God take these unique human beings—with their extraordinary sets of traits and experiences—and shape them into exactly who He has planned for them to be.

Read more about Katy and the rest of the Hello, Darling bloggers now.