You Are the One You Have Been Waiting For 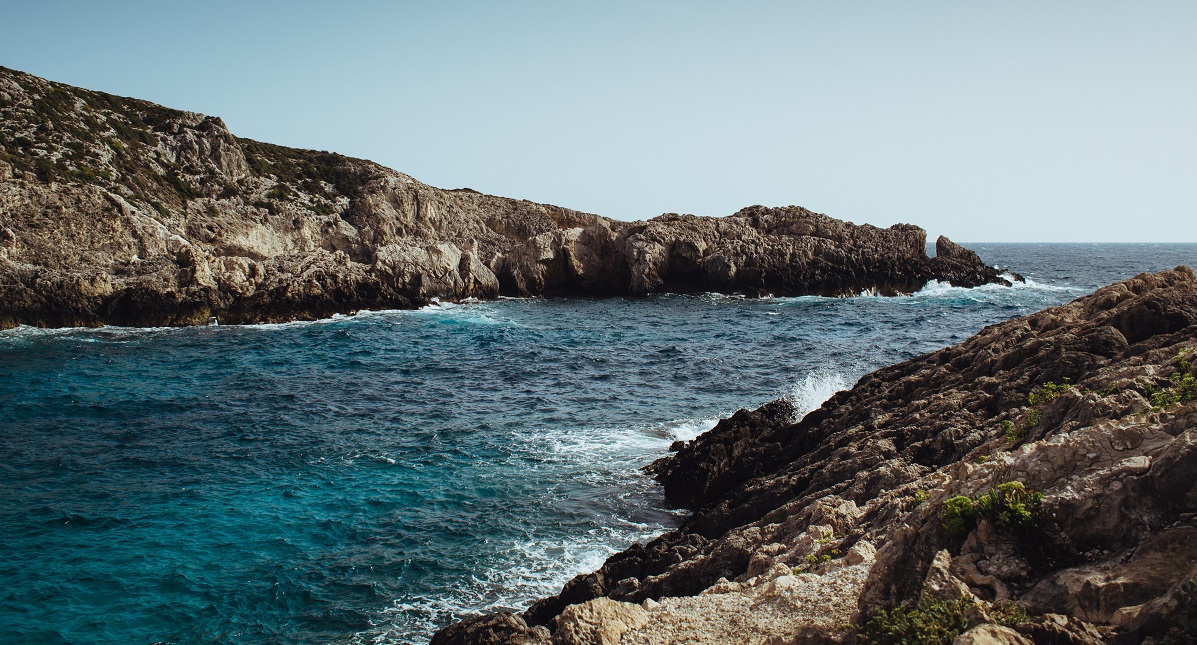 The first year Steve and I were married, we lived in the Middle East because of his job with the Navy. Ten months into our tour, we got the chance to hop on a military flight to Sicily for $36 a seat and we went for it.

When we got to Italy, we headed to the Mediterranean. The midnight blue water was rolling like a cauldron. Steve jumped in and started swimming to a big rock jutting out from the water.

I lagged behind, not nearly as elegant in the water. Once I got to the rock, Steve clamored up the slick side as I treaded water. I didn’t want to climb up because I knew what he’d ask me to do next. He pulled his way to the top of the rock and jumped off into the water. He surfaced and said what I knew he was going to say, “Your turn!”

Seeing Steve jump and survive, seeing him resurface and seeing the smile on his face bolstered my courage a bit, though these are not my kind of adventures. But I did it. I climbed up the rock, reluctantly jumped and surfaced next to Steve who was slapping the dark sea exultantly.

There’s great power in watching someone else do something scary and seeing him survive. Their courage heartens us and shows us where to stand, where to take the next step, when to leap. Their spirit emboldens us to try, which is no small thing.

We need other people to show us how to do the hard thing. But at some point if we are actually going to live, we have to step out into what might feel like thin air.

When we wait for permission and suspend our God-given agency, we become passive participants in our own lives. Before we know it, fear has blown its paralyzing dart gun right into our neck.

There’s a beautiful line from a June Jordan poem that says, “We are the ones we have been waiting for.” I think this says it all. God is simply looking at us and saying, Here’s my hand. Take it. And no one can do this for us. There is no proxy when it comes to our own healing and becoming. We must choose to take the step. We must go first.

A few years ago, I decided to attend a 12-step group called Emotions Anonymous. My insides were in a tangle, and I did not have the tools to work out the knots.

My life was arriving precious dose after precious dose: a husband, two new babies, a home – and yet, I was anxious, nervy and slightly obsessive, and I couldn’t just “turn it off” or pray away my restlessness and impending sense that I was messing things up. If this was what I had always wanted, why was I struggling?

I found a meeting near my house and I went. It was uncomfortable. People twitched, some cried, everything smelled of dirty carpet and smoke. Although, in this weird way, I knew I was exactly where I was supposed to be – surrounded by honesty, which was something I lacked. Good girls make it all work. Good girls don’t say they’re struggling.

You do not have to wait for permission to step into your own life. You do not have to remain on the perimeter at a safe distance from your own soul. You can stop, turn around and look at the hard thing in your life right in the face. You can walk through the fire and not be consumed. You really can.

I know it’s scary. I honestly do. It’s scary to peel back layers you’d rather not look at. It’s scary to change your relationship with yourself when all you’ve ever known how to do is bully yourself instead of believe in yourself. It’s scary to think about the kind of energy it might take to begin again.

But if God is holding out his hand to you, inviting you forward, there will be no proxy. Only you can become you.

If you choose to take his hand – likely scared, probably imperfectly – you will begin to become yourself more fully. You becoming more you is a very subversive act, one that could actually inspire someone else to take the same subversive leap.

Leeana Tankersley is the author of four books including her newest, Begin Again: The Brave Practice of Releasing Hurt and Receiving Rest (use 50% off code: mopsba). She has three kids – Luke (9), Lane (9) and Elle (6). Leeana and her family live in San Diego, California. Learn more about her work at LeeanaTankersley.com.

This article currently appears in the spring issue of The MOPS Magazine.