Yuliya and a Puppy 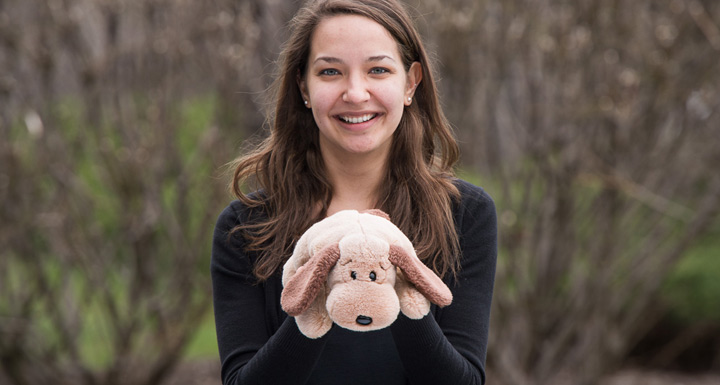 Yuliya received a shoebox at age nine in a Central Asian country.

When I lifted the lid on my purple plastic shoebox, the first thing I saw was a stuffed dog. I was filled with exuberant joy! I just remember hugging it. 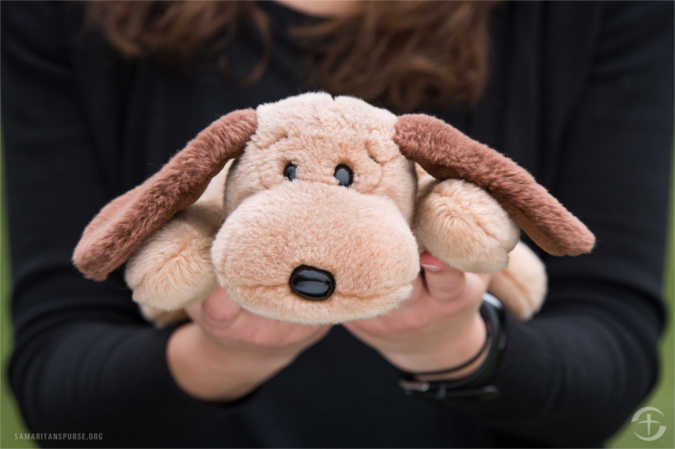 Even though I had toys growing up, the dog was an item you couldn’t find in my country. It was really soft and had puppy eyes. It was my new best friend, my newfound treasure.

My second favorite item was bubble gum-flavored toothpaste that came in a pink tube. We didn’t know such a thing existed. We would squeeze out a bit the size of the tip of a match so we could get a little bit of flavor and make it last as long as possible.

Word traveled fast. My friends would line up in our bathroom and my sister and I would squeeze out a tiny amount on their toothbrushes. I think we made it last about two years.

My third favorite item was an Etch A Sketch. At first we had no idea what it was. We kept pushing down on the buttons and asking, “Why is it not working?” After having it displayed on a shelf for a couple of months, my sister was dusting and she turned the knobs. When she saw the line going up and down on the screen she was so excited. The item we thought was broken was drawing!

The toys were the most important things to me as a nine-year-old but it also stood out that the letter in the box said, “I am praying for you.” As time went on, I realized why. 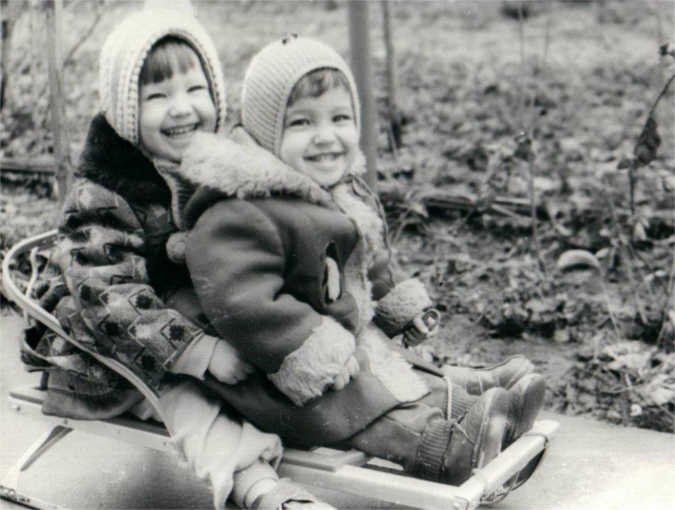 With my shoebox, here was someone I’d never met and never seen, yet she was still praying for me.

We became pen pals and she would always close her letters, “I am praying for you.” I always wondered, “Why is she praying for me?” The impact hit me more than seven years later after I became a Christian. She was showing me the love of Christ all along, starting with the shoebox and continuing in her prayers.

The shoebox was a seed. That’s how the Lord works. He patiently knocks on the door of our heart and waits until we open the door. Sometimes you see fruit right away and other times it takes years for the seed to grow.

I still have my stuffed dog 14 years later. That’s a glimpse of how much the shoebox meant to me because it was packed with love and prayer. It wasn’t just any dog. I could tell she specifically chose that dog for me and wanted to use it to communicate God’s love. 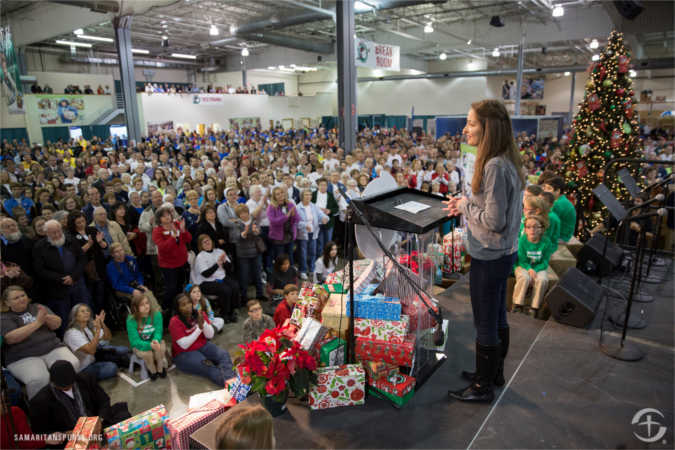 Operation Christmas Child delivers great joy to millions of children around the world through shoeboxes, lovingly and prayerfully packed with gifts that will bring delight to a child. In the hands of local churches, every gift-filled shoebox is a powerful tool for evangelism and discipleship — transforming the lives of children and their families around the world through the Good News of Jesus Christ! After receiving shoebox gifts, boys and girls are invited to enroll in The Greatest Journey, our 12-lesson discipleship program where children learn what it means to faithfully follow Christ and share their faith with others.

Read more first-hand accounts of the eternal impact a shoebox gift can make.